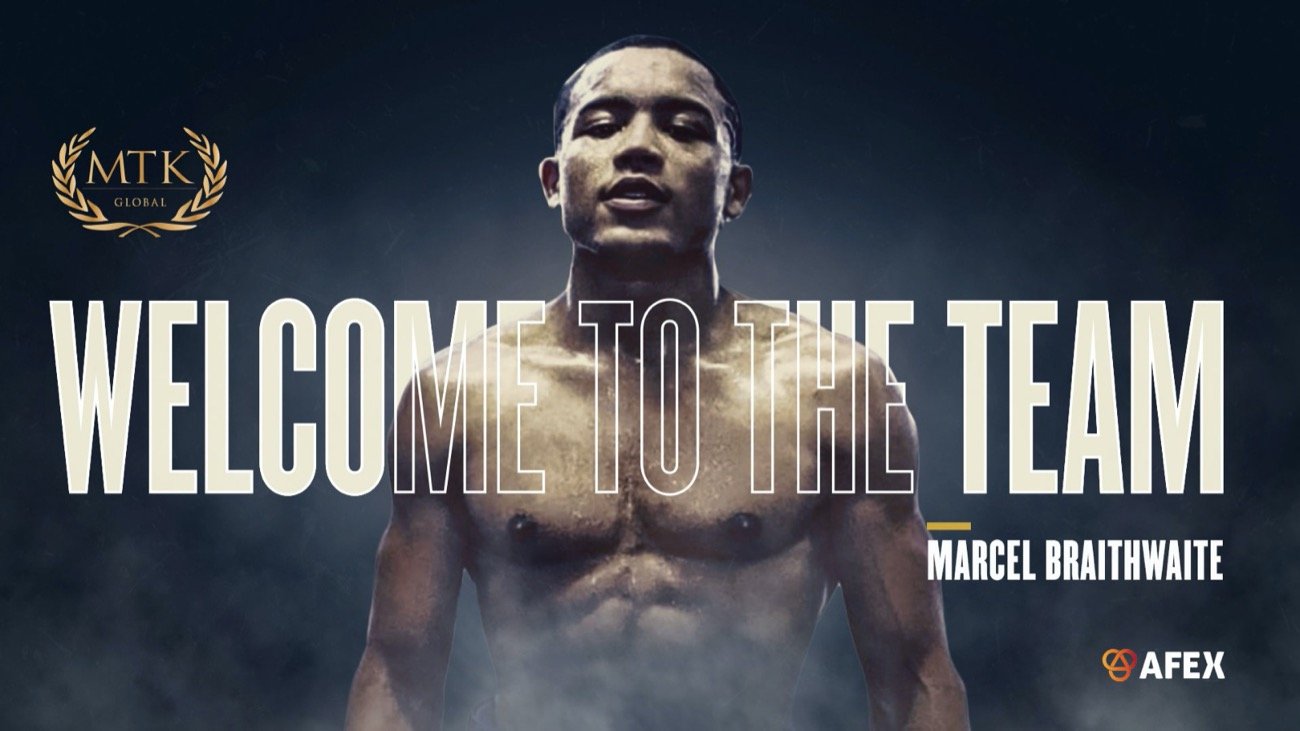 Liverpool star Braithwaite (9-2) has looked extremely impressive in recent times, winning the English belt back in October 2019, before then having an entertaining battle with Sunny Edwards for the British title in December.

The 26-year-old will now look to build on that momentum alongside MTK Global, and he’s excited to see what the future holds.

Braithwaite said: “I’m more excited than ever to be signing with MTK Global at this point in my career, especially with the current climate of things in the world. I think MTK Global are the best possible management to be with.

“With MTK managing the likes of Tyson Fury, Josh Taylor and Billy Joe Saunders it shows the kind of moves they are making and so as you can imagine I’m happy to be part of the team.

“In regards to my career so far, I like to think positive and not rest on my laurels so I’d say I’m not content yet, but having said that I am English champion and the future is looking brighter than ever before.

“After signing with MTK Global I’m in the best position possible to achieve what I came into boxing to achieve and that’s domestic, international and world titles. I’m looking forward to some big nights in Liverpool and on the world stage.”

News on when Braithwaite will have his first bout as an MTK Global fighter will be announced in due course.

MMA star Darren Till when make his highly-anticipated return to the Octagon when he takes on Robert Whittaker in the main event of UFC Fight Night 174.

The bout between the two middleweight fighters will take place on July 25, and will be held on UFC Fight Island, located on Yas Island in Abu Dhabi.

Till (18-2-1, 12 stoppages) heads into the bout following his impressive victory over Kelvin Gastelum in November, while former UFC champion Whittaker (20-5, 14 stoppages) has won nine of his last ten fights.

Till said: “I’ve been getting comfortable at the weight. I’ve been feeling strong and trying to stay with the same speed I had at welterweight. Robert is a bit shorter than me but it’s not his first rodeo. I’m sure he’s going to be very well prepared.

“He’s a cool guy, but I think Robert will run onto a big power shot. He’s very erratic with his striking, and I think inside two rounds I can catch him.”

The card on July 25 will also feature Till’s gym-mate Mike Grundy, as he goes up against Movsar Evolev in a featherweight contest.

Lazzez (9-1, 8 stoppages) has looked superb in his MMA career so far, and won in extremely dominant style last time out when he stopped Arber Murati in just 59 seconds in the main event of a historic Probellum Dubai event.

Alhassan (10-1, 10 stoppages) was last in action in September 2018, when he stopped Niko Price after just 43 seconds of the first round.