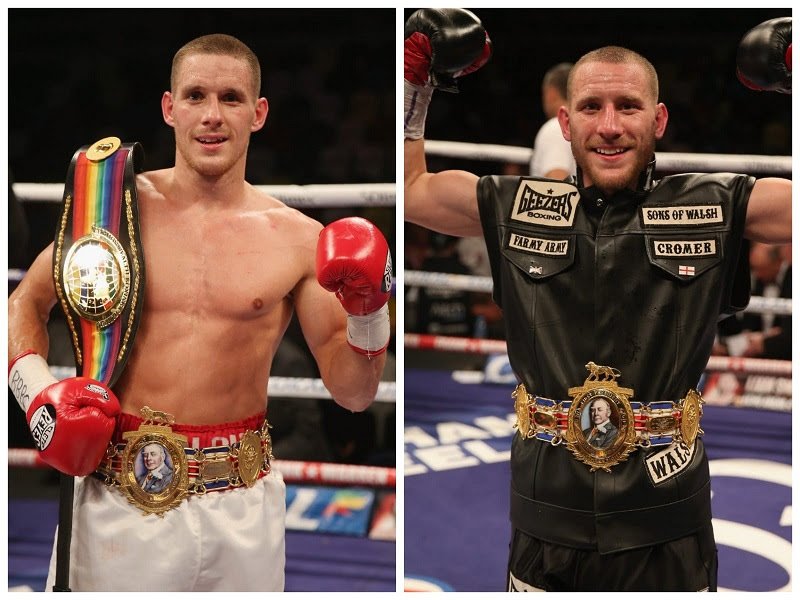 MTK Global is delighted to announce the signing of brothers Liam and Ryan Walsh, who fight under renowned trainer Graham Everett.

The duo will now look to take the next steps in their careers after linking up with MTK Global, and they’re very excited about the future.

Liam said: “I’m delighted and it’s given me a big lift. I’m really happy to be working with MTK and I feel like I’ve signed my contract for my professional debut all over again.

“Me and Ryan went to Marbella a few years ago for some training over there and it was a top vibe with good people so we really enjoyed it. They made us feel really welcome and ever since then we’ve known just how great MTK are, and now they’ve grown into a huge brand.

“I’m buzzing to have the opportunity to be fighting regularly again and being in big fights. I’m only 32 and I don’t have any miles on the clock, so I still have plenty left to offer.

“One of the reasons I haven’t fought over the last couple of years was because I didn’t want to go back to square one and have meaningless fights, but now there’s nobody more capable of putting me in big fights than MTK.

“I’d like to thank MTK for putting faith in me and showing belief. I can assure them that they’ll get my full dedication and I’ll be giving my best as always.”

Ryan added: “I’m over the moon. I’ve always said that no matter how hard you work in the gym, you need someone on the outside of the ropes working just as hard as you, and now we’re aligned with MTK who are good boxing people.

“I think both myself and Liam have a good five years at the top still left in us, and managed right we know we are capable of anything and can be as successful as we want to be.

“The things MTK can do for you is massive, and with their backing we are going to be able to stay active which is huge. That’s something that hasn’t really happened in mine or Liam’s career before, so that’s a part of the deal which I’m really excited about.

“You only have to look at some of the boxers that MTK have been able to secure world title shots for to see how good it is to be working with them, and I can’t wait to get back in the ring with them alongside me.”

“Both have already established themselves as top operators and excellent prospects both at home and abroad and we believe the best is yet to come.

“We also welcome the opportunity to work with their trainer Graham Everett towards helping them realise their lofty ambitions.”

MTK Global is delighted to confirm the signing of two-time Cuban champion Santiago Amador as he turns professional.

The 27-year-old flyweight currently trains in the Uruguayan capital of Montevideo under the renowned Martin Llobet having wowed the World Series of Boxing with some clinical victories.

Amador said: “I’m so happy to be joining MTK Global and form a new team for the start of my professional career.

“I come from a proud boxing history in terms of my country and my family. Now, together with MTK Global, I believe I can achieve my objectives in the sport.

“I expect to grow as a solid professional and rise through the ranks. Ultimately, I believe I can achieve a world title under MTK Global’s guidance. I want to do it for Cuba and Uruguay.”

Llobet added: “I have studied boxing over in Cuba with the Cuban National team coaches for a couple of years and I believe that we can build something special over here in Uruguay.

“Santiago will become a professional boxing world champion and it will mean a lot to Cuba, Uruguay and also to this whole region.”

MTK Global Head of Business Development Mirko Wolf said: “We have looked at this part of the world since some time and we believe that establishing here in Uruguay is a smart move for our global expansion.

“We are in a fresh and clean boxing market and yet we are just 30 minutes from the established Argentinian boxing scene. Santiago is without doubt the best boxer in the country and together with his talented coach we are sure we will achieve great results.”

News of Amador’s first assignment as an MTK Global fighter will be forthcoming in due course.

MTK Global is proud to announce the signing of the fourth-ranked flyweight in the world; Hertfordshire’s unbeaten Charlie Hoy.

The Enfield-born 28-year-old boasts a stunning record of 15-0-KO10 and was most recently seen in September when blasting aside Donny Garcia in defence of the WBA Fedelatin title.

Hoy said: “I’m delighted. I believe MTK Global will improve me as a boxer by getting me the fights I need and the fights I deserve. They’re the best in the business.

“I’ve been world-ranked for some time so all that remains for me to do is become world champion and then target the other world champions.

“Artem Dalakian is my first target as he’s the current WBA belt-holder. Once I’ve beaten him, I’m coming for all of the others too.

“The flyweights are getting more exposure now – ever since Roman Gonzalez showed just how exciting flyweight fights can be. Now we’ve got to keep it exciting to preserve that reputation.”

MTK Global President Bob Yalen added: “It’s always an honour to bring a world-class fighter onto the team, and that’s exactly what we’ve got here.

“Charlie has proven himself to be an elite fighter during his undefeated career, and he is already rated as the fourth best flyweight in the world by the WBA. We believe that the best is still yet to come.

“We look forward to helping Charlie achieve his ultimate goal of becoming world champion and defending his title in front of his hometown fans. It’s going to be an enjoyable journey.”