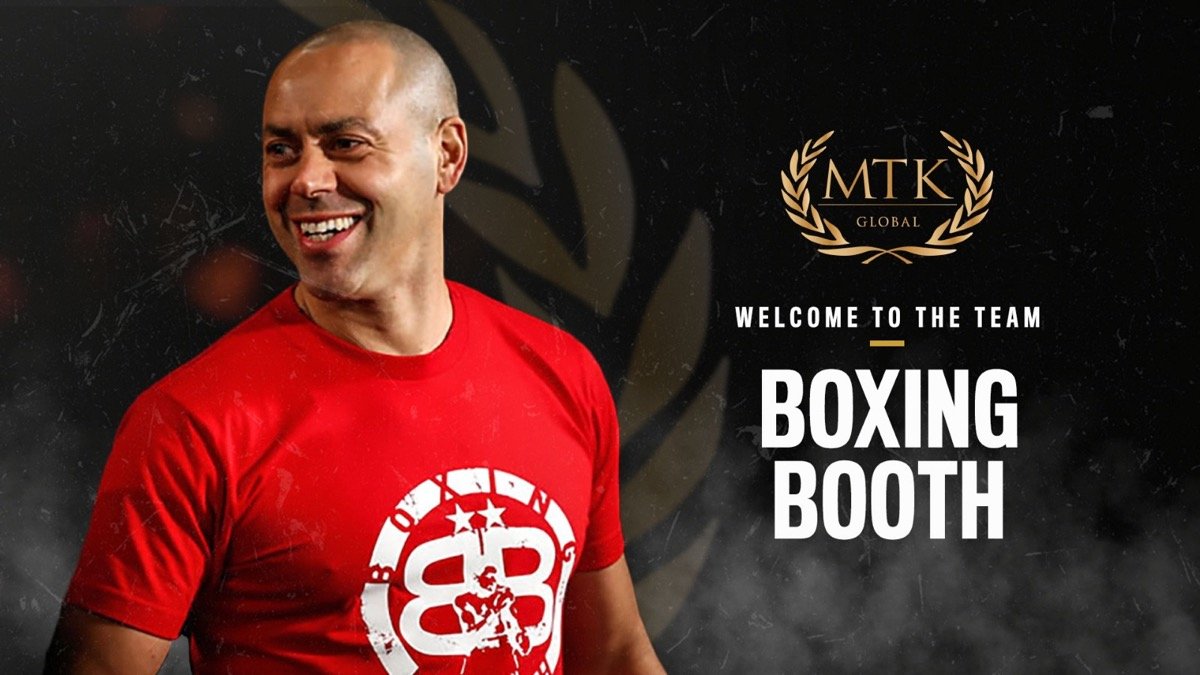 MTK Global is delighted to announce a deal with Boxing Booth to act as advisors to Adam Booth’s elite stable of fighters.

Multiple world champion coach Booth has long been regarded as one of the top minds in the game and he is confident teaming up with MTK Global will help bring more major honours to his gym.

Booth said: “Having got to know MTK Global over the last year through working with Michael Conlan, it’s a genuine pleasure to have such a company helping me with my business and stable of talented fighters.

“Business always evolves and, after working solo for 20 years, having MTK Global as an advisor will be an essential asset to continue adapting in the ever-changing landscape of the boxing world.”

MTK President Bob Yalen added: “It is always a pleasure working with someone of Adam’s stature and respect within the sport, and I’m delighted to welcome three fighters of the calibre of Burnett, Kelly and Eubank into the MTK Global family.

“All three boxers are world level operators and I am confident that MTK Global will now play a crucial role in guiding them to the pinnacle of the sport.”

Joe Sherriff is set for a speedy return on Saturday – and he hopes a victory there can potentially lead to big domestic fights later in the year.

Sherriff (13-1) was victorious last month in Spain, and now heads to his hometown of Coventry for a fight this weekend. He’s glad to be fighting again so soon, and is targeting big things in 2019.

He said: “It’s great to be fighting again so quickly after my last fight. The show is called ‘The Homecoming’ and the title suits perfectly for me.

“I fought three weeks ago in Spain and I’m based in Marbella now, so it’s going to be good to fight in Coventry.

“After this fight I’m looking to get myself back in the mix and I’m ready for anybody. After I fought Jake Ball I wanted to stay at that level but couldn’t for one reason or another, but now I want to test myself and fight the best.

“When the opportunity presents itself I’ll be ready. I know what I’m capable of and I know I’ve got the substance to mix it with the big boys.

“I’ve developed well in my career and ticked a lot of boxes. I’ve done my apprenticeship, and after my fight on Saturday it’s going to be full steam ahead.”

Unbeaten IBO lightweight champion Chantelle Cameron is excited about her future opportunities inside the ring after linking up with MTK Global and new trainer Jamie Moore.

Cameron (8-0-KO5) now trains alongside some of her MTK Global teammates like Carl Frampton, Conrad Cummings and Steven Ward, and she’s raring to go ahead of her return later this year.

Cameron said: “Everyone is going with MTK Global now so it was the best move for me.

“It’s great to join Jamie Moore and I feel like I should have been here a long time ago. I could box tomorrow and I’d be confident with my new team in my corner.

“They’re a nice bunch and they’ve helped me a lot already. I’m ready for a date to get back into the swing of things.

“I was looking at potentially training with Jamie for a while and I knew it would be the best move for me. It’s been good to watch the other guys in the gym, especially when they’re sparring.

“Apparently before it was really hard to match me, so hopefully with MTK Global now it will be a bit easier to get me matched.

“By the end of 2019 I’m hoping to get another world title around my waist, but we’ll have to wait and see.”