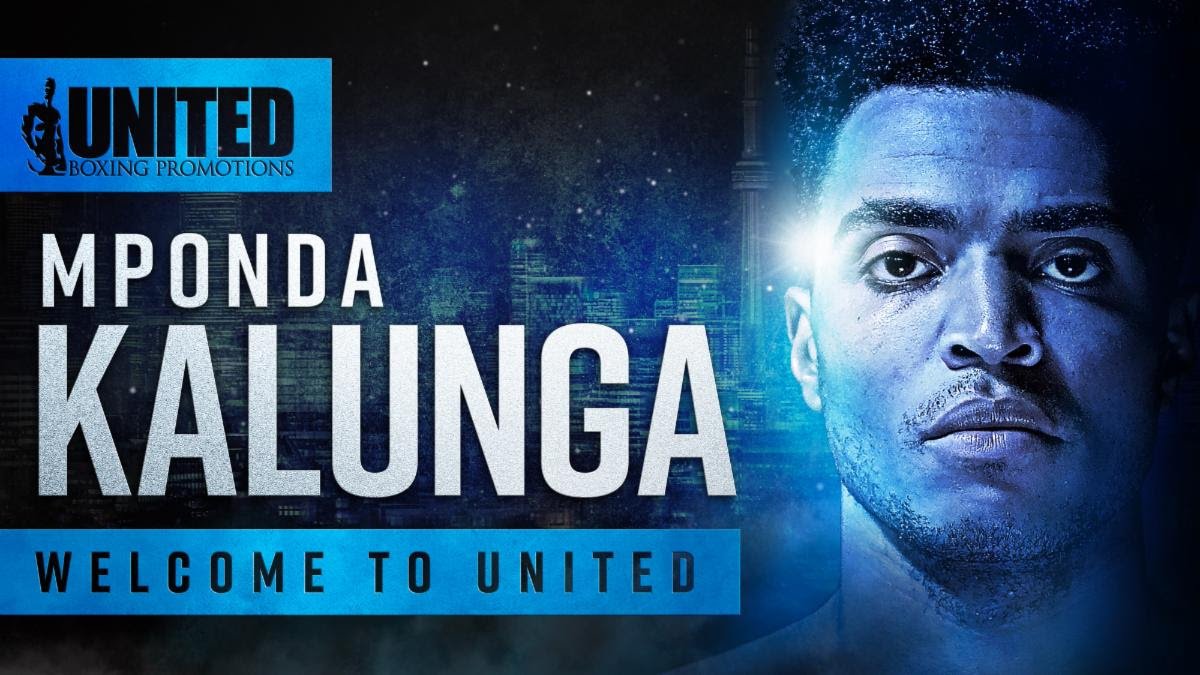 United Boxing Promotions (UBP) is excited to announce the signing of Mponda Kalunga (8-2-0, 3KOs) of Toronto, Ontario. Known as the “Egyptian Prince,” Kalunga is taking the Canadian fight scene by storm, piling up victories against some of the nation’s top prospects. “He’s been on fire,” explained UBP’s Tyler Buxton. “When he went to Montreal earlier this year and beat Clovis Drolet, we knew he had something special. I can’t wait to see what the future holds.”

Kalunga fought and won all four of his bouts in 2019. In April, he won an absolute war against fellow Torontonian Johnny Brimpilis (5-1-0, 2KOs), handing the highly-touted middleweight his first-ever defeat. Just over a month later, the “Egyptian Prince” entered the enemy territory in Quebec to take on 30+ fight veteran Manuel Garcia (16-16-2, 6KOs) of Montreal, stopping the seasoned journeyman inside four rounds.

On September 14, UBP matched Kalunga with once-defeated, power-puncher Karl “The Razor” Hess (3-2-0, 2KOs) of Brantford, Ontario. Both men lost early in their careers but rode three-fight winning streaks into the contest. In a beautiful display of boxing and measured aggression, Kalunga stopped Hess inside three rounds. Keen to test the Toronto standout, UBP brought in the undefeated and durable Jordan McCue (3-1-0, 1KOs) of Curve Lake, Ontario, for a bout on November 16. Although McCue stayed the six-round distance, Kalunga stifled his hard-charging opponent with superior ring generalship and combination work.

Finally, earlier this year, Kalunga went back to Quebec to face the former national amateur champion, turned undefeated professional, Clovis Drolet (11-1-0, 7KOs). In a career-defining performance, the Prince took a split decision victory, cementing his place in the world’s top 100 middleweights. In under two years, Kalunga transformed himself from a .500 boxer on the fringes of the provincial scene into Boxrec.com’s #70 fighter in the world. Even more impressive, he’s mounted this turn around over just ten fights as a professional.