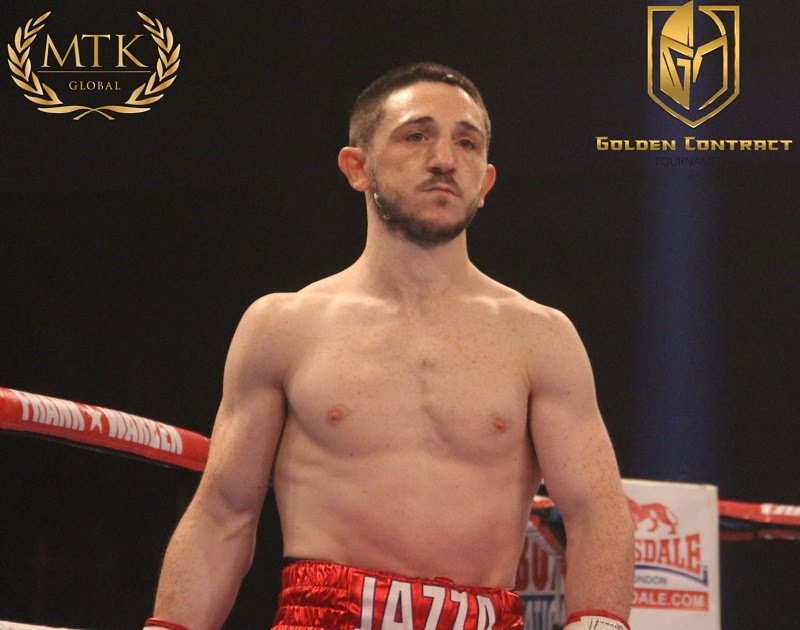 MTK Global is delighted to announce even more names for the Golden Contract tournament.

The winner of each tournament will land a two-year, five-fight deal with one of the world’s leading promoters that guarantees six-figure purses for every fight along with global exposure.

In the featherweight bracket, Dickens (27-3, 11 KOs) is ranked #9 in the world by the IBF and heads into the tournament on the back of his impressive win over Nathaniel May for the IBF European title in July, whilst also knocking out Nasibu Ramadhani in April too.

“There are two reasons why I wanted to be part of the Golden Contract tournament. I love to fight and show the world what I can do and I want to be a global name and become a world champion.

“It’s a massive opportunity to change my family’s lives. I will win the tournament because I’m dedicated, determined, motivated and hungrier than I’ve ever been. I’m looking forward to being the champion, and I hope everyone enjoys the massive the tournament.”

Unbeaten Joyce (11-0, 8 KOs) is ranked #11 in the world by the WBO and has been in fantastic form since making his professional debut two years ago, winning all 11 of his fights, including an impressive stoppage win over Stephen Tiffney in April.

“I’m confident I will win this tournament and then it gives me an amazing opportunity to become world champion. “I don’t mean to disrespect any of the other boxers that enter, but I truly believe I have got the ability to win it all.”

Fellow undefeated fighter McCullagh (13-0, 6 KOs) is stepping up from super-bantamweight to compete in the tournament, having won the WBO European title and earned a #8 world ranking by the WBO in that weight class.

“You are going to see a different, more serious side of Tyrone McCullagh. I’ll eat, sleep and breath boxing from now until the day I win that tournament.”

At super-lightweight, Mimoune (21-3, 2 KOs) defeated Sam Eggington to win the European title back in 2017, and also went on to win the IBO world title. Earlier this year he shared the ring with Viktor Postol, and is hoping to win the Golden Contract tournament under the guidance of trainer Roy Jones Jr.

“I’m really excited for the Golden Contract tournament. We’re working hard in training getting ready for it and I want to win it to get the contract with a major promoter.”

“As soon as I heard about the Golden Contract tournament, I said sign me up. I’m entering because not only does it help me climb up the rankings, but I can fight top level fighters from around the world and show everybody what I’m about.

“The fans should be happy I’m a part of this too. Now that I’ve entered, the tournament has got 100 times better. Tyrone McKenna is in it too, and hopefully we can get it on so I can take his title. None of the fighters in this tournament are on my level.”

Fellow undefeated fighter Turarov (24-0, 17 KOs) has returned to action this year and reminded everyone just what he is capable of, as seen when he made it a homecoming to remember by knocking out Mauro Maximiliano Godoy in three rounds at the Bary Arena in Kazakhstan last month.

“I have entered the Golden Contract to become the king of the super-lightweights. Remember my words. In the next 18 months I will become a world champion.”

Mimoune, Brown and Turarov join Ohara Davies, Tyrone McKenna and Anthony Yigit as the other fighters already announced for the super-lightweight bracket.

At light-heavyweight, Ajisafe (19-3, 9 KOs) has been a big part of the British scene for a number of years, having held the British and Commonwealth titles, and also challenging for the IBO world title in 2016. He holds wins over the likes of Ovill McKenzie, Travis Dickinson, Dean Francis and Matty Clarkson.

“I’m really excited to be entering the Golden Contract tournament, and I’m extremely confident that I will be the last man standing.”

Conroy (17-5-1, 9 KOs) heads into the tournament on the back of his incredible Fight of the Year clash with Steven Ward, and he’ll be looking to replicate the form that saw him earn three straight knockout wins during his English title fights with Miles Shinkwin, Chris Hobbs and Joel McIntyre.

“This is a brilliant opportunity given to me by MTK Global. I’ve been grafting hard for a long time, and it’s my time now. I’m going show to everybody that I’m the best.”

Ajisafe and Conroy join Hosea Burton, Steven Ward and Serge Michel as the other names already confirmed for the light-heavyweight bracket.

Three quarter-finals nights will take place in October / November, three semi-finals nights in February / March and the all-important finals will be staged in May / June.

Stay tuned for further announcements of which fighters will compete in the tournaments along with official dates and locations of the events.