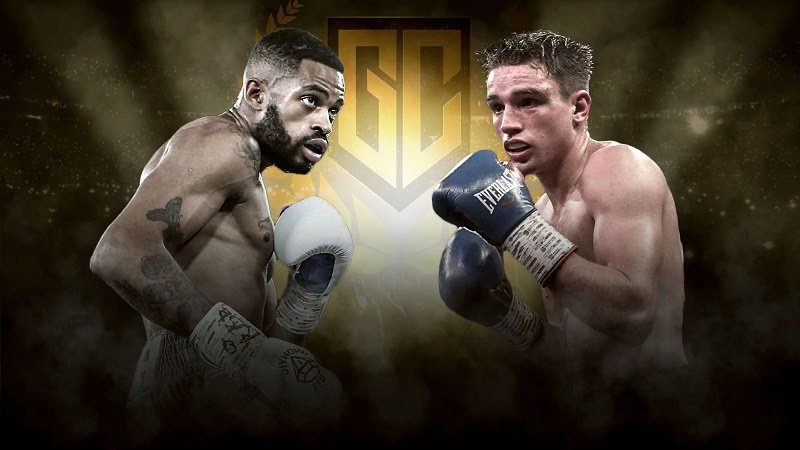 Darren Surtees has the power to shock in the Golden Contract

he County Durham star has blasted his way to 12-0, 8 KOs to seal a spot in the tournament that has captured the imagination of the global boxing public; broadcast live on Sky Sports in the UK in association with Matchroom Boxing and on ESPN+ in the US in association with Top Rank.

Although he expects to be an outsider with bookmakers, Surtees seems confident he can stun the likes of Zhankosh Turarov, Ohara Davies, Tyrone McKenna, Mohamed Mimoune, Anthony Yigit, Logan Yoon and Lewis Benson.

Surtees said: “I believe the Kazakh, Turarov will be a favourite and perhaps Ohara Davies too, whereas I’ll probably be one of the underdogs.

“I’ve seen Davies and Tyrone McKenna have already started insulting each other. All that stuff is just hype to me but if that’s the way they want it then fine. Why not?

“I’m just more of a silent operator and I’m hoping I get picked by someone at the draw. If I have to pick, I’d like to fight McKenna but anyone will do, to be honest.

“I’m confident and my preparation has been going well. I’m just going about my business and I’m enjoying all the challenges my coach Dave Binns is putting me through.”

Should one of the eight confirmed entrants for the event be unable to compete, a coin toss will be held to decide whether Sakyi or Gething is handed the life-changing opportunity.

Former Southern Area champion Sakyi (8-2, 4 KOs) was originally due to take on Lewis Benson in the reserve fight, with Benson now involved in the main tournament after he replaced Akeem Ennis Brown.

It means Welsh star Gething (9-2-1, 2 KOs) will now step in to take on Sakyi, and both men are extremely excited about the opportunity.

Sakyi said: “I’m very pleased to have a replacement as I’m itching to get out again and put on a great performance.

“I’ve not seen much of Kieran Gething and I’m not too fussed about what the fight turns out to be as I’ve been in with all different types of fighters now so nothing fazes me in the ring.

“It doesn’t even enter my head about who would have been tougher out of him or Lewis Benson. I’m here to do a job and as long as I focus on my development, I’ll keep winning.”

Gething said: “I’m absolutely over the moon. As soon as the tournament was announced I said I wanted to be a part of it and and now I’ve been given this great opportunity.

“I truly believe this is where you’ll see me at my best. I think it’s not just down to motivation, it’s down to being in the right atmosphere and something like this will be the making of my career.

“I’ve Sakyi a couple of times. We’re both Area Champions, and with his style and mine I think we could have a really great fight.”