‘BEFORE THE BELL’, LIVE ON MATCHROOM YOUTUBE FROM 2.30PM PT – Live on DAZN

Read:  Teofimo and Kambosos set to fight at Madison Square Garden on Nov.27th 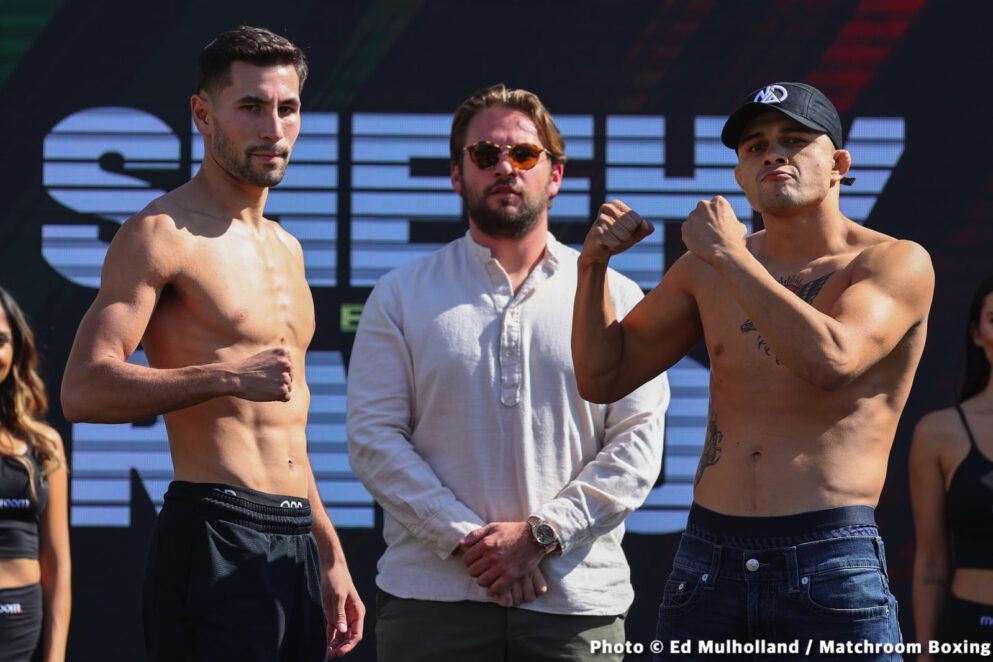 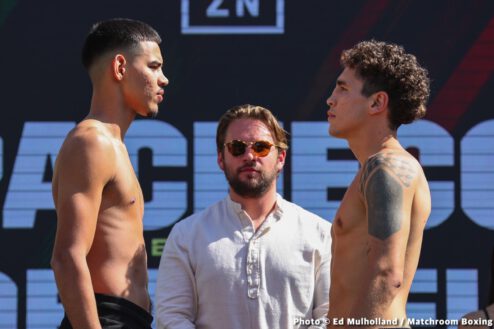 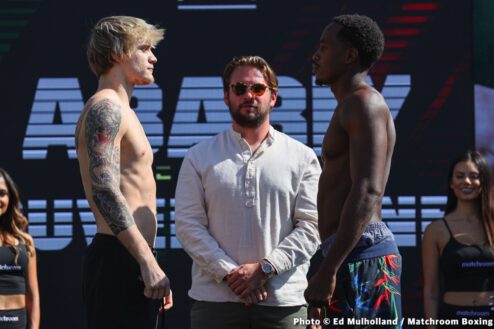 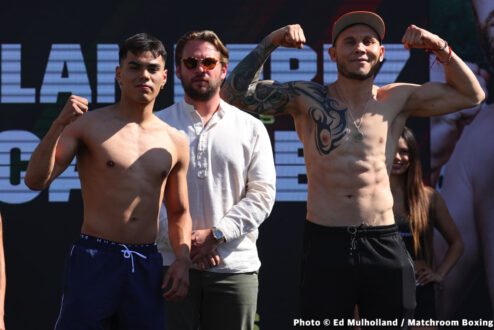 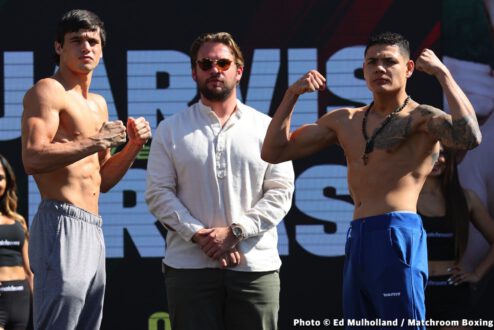 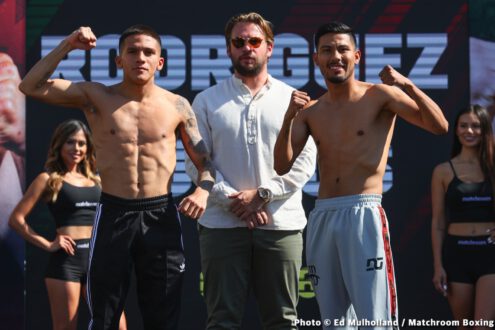 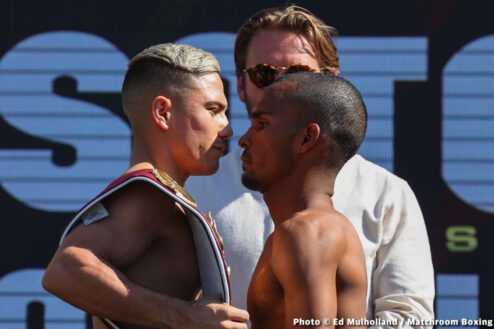 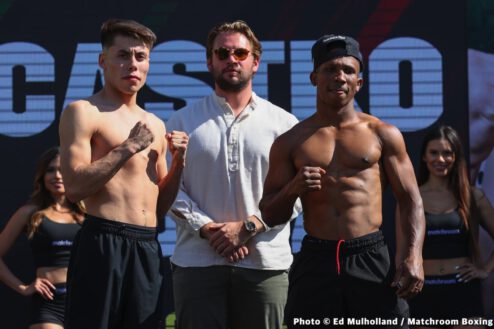 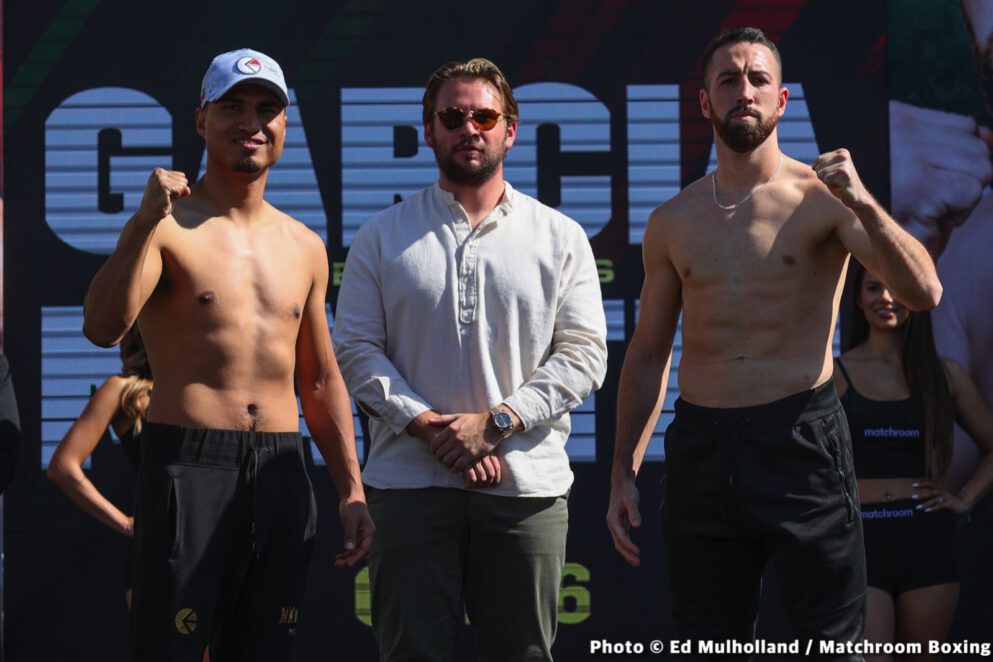 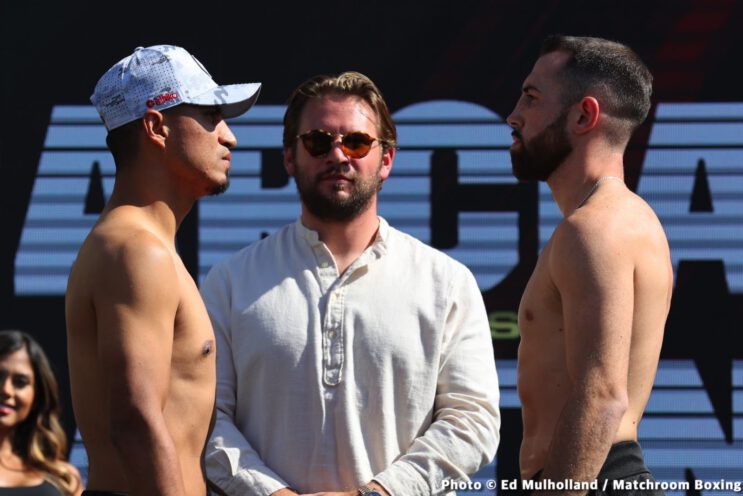 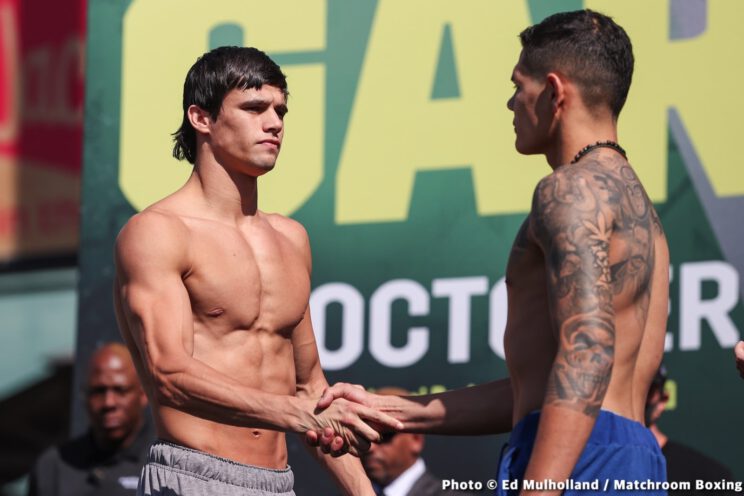 “We’re excited to be back. I’m excited to be back to Saturday and show the world that I’m still here. I told everybody that I’m here. I haven’t left. There still much more from my key Garcia to give the fans. It’s just another fight to give back and show them. I did take the fight with Jesse. We had plans to have a great year last year. But because of the pandemic, you know everything kind of froze and went silent. But I’m excited to finally get back and look for much bigger fights. I want to be big again and big title fights. And all the fights that excite me the most. That’s another step in that direction.

“I’ve been there. I’ve been in his shoes in his place. Where you want that opportunity to show your fans in the whole world what you’re made of. So, I always think that I know what he has and the feature that he sees if he would’ve beat me on Saturday. But I’m not going to let that happen. I’m also want to try to reach greater success. Quite a fight. I’m not overlooking him. I must take him very seriously. I’m going to have the best version of Sandor Martin on Saturday night. This is going to be a bigger fight for him probably than if you were fighting in Europe for a vacant title. A vacant world title that doesn’t highlight enough or probably doesn’t do enough for him as this fight does. This is the highest level, the highest stage of his career.

“I do feel I have to perform and win, spectacular. I keep hearing people ask if I need to knock out. I don’t need a knockout to look great. I don’t need a knockout to show everybody who I am as a fighter. I still have everything, and I haven’t lost a step. I just got to do well, perform well, and do my job. Get the win. In a way that people can recognize my talent is still here. And that’s what I plan to do.”

“It’s a great opportunity and I must take advantage of it. It’s a great championship, to be fighting against Mikey Garcia. That’s why I got involved in boxing, to accept the great challenges, to achieve my dreams. So why worked all my life for this opportunity.

“48 hours is how long it will take until I present myself to the world. With the rest of the world champions to be put on notice.”

“It’s going to be a big war. What I know is that I’m going to go out there and win.

“I think it will be the defense that’s kind of tough. I hope we will do very well and I’m passing through this commitment in the unification fight, and I hope to move up to another division.

“To be able to fight there, on the Canelo card, it’s something I never expected, and it was a great opportunity. So, I’m grateful to matching for the opportunity and to be here as well. I feel very nice here in Fresno, California and I know I’m going to give a great fight.”

“The only thing I can say is that Saturday night is going to be a war. I’m coming to be the next world champion. I live for big fights.

“I have to be a world champion now. This could be my last opportunity. That’s why I’ve tried hard for this fight. October 16 is going to be a great night in Puerto Rico is going to have another champion.”

“I’m excited to see the fans reactions in the fans coming out to support. I know the support is real here in Fresno. Everybody knows me here and my family and they know that a lot of hard work went into this.

“I’ve been ready since I was 19 or 20. I was waiting for the opportunity. End it once came for this fight but it fell through. And I believe everything happens for a reason. I’m gonna keep working and keep getting my wings up. And you know the type of shot will come.

“Tune in Saturday night I’m going to show you an explicit performance, your original Bam Rodriguez performance. Don’t miss it.”

“Me and Jeff, we work really hard. I am very grateful for the opportunity to be on such an amazing show and to be here with Mikey Garcia who’s one of the all-time greats. It’s an amazing privilege and I’ve been working real hard to go to work.

“We’ve been working out of the gym in Vegas, and I’ve been working with the guys there. Great group of guys and they’ve been helping me out. I’m very thankful for that and it’s gotten me ready.

“It’s one step at a time for me and I think I’ve got a tough fight on Saturday night. I prepared for a hard 10 rounds and that’s what I’m expecting. So, we’re ready for that.”

“I’m just looking to build up for the next fight. And get better and I’m here with a teammate and a friend

“The outcome was bigger than I expected. Once I thought I didn’t know people would remember my name. I had my own section but there were a lot of other people that I didn’t know that came to support me. And it felt amazing.

“I’m here to make a statement on Saturday you know so they can recognize and see I’m coming.”

“I feel amazing. I feel like I’ve never left and I’m back. I have to take care of some little things, mental stuff, family stuff and all that.

“When you’re in the boxing game you have to eat sleep and breathe only boxing. I had to take care of a couple things but now I’m back and I’m only breathing boxing.

“At the beginning I feel like I was living in the moment I wasn’t really understanding that I was fighting in Madison Square Garden, at The O2 and Staples Center. And then it kind of hit me. Now I feel like I’m returning. I’m 22 now. I have a better grasp.

“You know you move quick when you’re with a great promoter like yourself. I guess you could say we’re not prospects anymore. Since the fight on Saturday, get out in December and then it’s going to be interesting.

“Like you said I’m still very young, but I am moving pretty fast in the sport. I feel like I’m moving at the right pace. Every chance that’s been put in front of me I’ve been able to take care of. And I look forward to keeping doing the same thing that I’ve been doing.

“I’m from LA so I’ve been very blessed to work with two world champions down there. Canelo and Benavidez and a lot of other guys that I’ve taught me things in the gym. I’m really thankful for that and I’m happy with how my careers been going so far.”

Mikey Garcia believes Sandor Martin stands in his way of World title action in 2022 as the four-weight World champion returns to action on Saturday night (October 16) at Chukchansi Park in Fresno, CA, live worldwide on DAZN.

Garcia (40-1 30 KOs) makes a welcome return to action in a catchweight clash at 145lbs with Martin, as the Californian looks to land an eye-catching win to use as a springboard for mega-fights in 2022.

When Garcia steps through the ropes at the home of the Fresno Grizzlies on Saturday night, it will be 596 days since he saw off the challenge of Jessie Vargas in Frisco, Texas, in February 2020.

Martin (38-2 13 KOs) has been active over the pandemic, successfully defending his European Super-Lightweight title with a wide decision win over Kay Prospere in Barcelona in April and previously shutting out Nestor Maradiaga over eight in Milan in December – and the southpaw Spaniard will be looking to land a career-best win and catapult himself into contention for the fights that Garcia craves.

In his time out of the ring, Garcia was linked with fights with now-retired modern great Manny Pacquiao and former 140lb champion Regis Prograis. Neither fight came to fruition, but Garcia knows that getting back into the ring and looking at his best will see him prove that he’s a ‘force to be reckoned with’ and will land him a stellar fight next.

“It’s been a year and a half since my last fight, so I am excited to get back in there,” said Garcia. “I am looking forward to giving my fans a chance to see me again, especially here in Cali, it’s my home state, but I haven’t fought much here.

“I want to pursue big fights, title fights, and be recognized as one of the best fighters in the world once again. This is another step in that direction.

“I was interested in Manny and Regis, but we weren’t able to get those fights, and we landed on Sandor Martin, and he is a very good fighter. He’s a southpaw; he’s relatively unknown in America, but people know him worldwide and in the sport. He’s got a great record at 38-2; he’s hungry for a big opportunity like this and wants to capitalize on it.

“Sandor knows a win on Saturday would catapult his name into the mix for the fights that I want. I don’t think it’s going to be an easy night at all, but I am planning on fighting the very best, Sandor Martin, and I will show all my skills and show that I am a force to be reckoned with.

“I’ve experienced so many styles in my career; I’ve boxed several southpaws and sparred countless lefties. He’s a tricky one, he uses his height and reach, so I must be prepared to overcome those strengths he has – a good jab, good straight left, his ring generalship is good – so I need to be able to attack properly but also be wary in defense.

“I don’t experience pressure. No matter who I fight, I am there to do my job, and that’s it – I have already won the fight multiple times in my head, and that’s it. You only feel pressure if you are unsure of yourself, and I’ve never felt that, so I am confident I will win and look good doing it.”

There’s plenty more young talent on the card as unbeaten Australian Super-Featherweight Brock Jarvis (19-0 17 KOs) fights under the Matchroom banner for the first time against Alejandro Frias Rodriguez (13-4-2 6 KOs), Marc Castro (3-0 3 KOs) fights in his hometown for the first time as a pro, and Diego Pacheco (12-0 9 KOs), Nikita Ababiy (10-0 6 KOs) and Khalil Coe (1-0 1 KO) all looking to add wins to their impressive starts in the pro game.