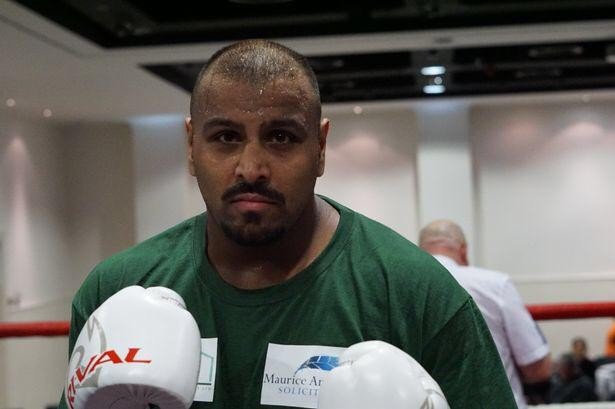 The boxing world has been buzzing recently after video emerged of Mike Tyson donning the gloves again and looking a bit like the fearsome fighter of years ago during a pad session.

Of course, there are many divided opinions on whether it would be sensible for a 53-year-old, even with Tyson’s back story, ever to compete again competitively. The former undisputed world heavyweight king ruled the division from 1986 through to 1990, before losing his titles to James ‘Buster’ Douglas in a famous Tokyo upset.

Eventually, ‘Iron’ Mike ended up with a 50-6 (44) record after retiring in 2005, but fought many of the best heavyweights around including Lennox Lewis and Evander Holyfield, whose ear he once notoriously chewed on!

Another heavyweight making his way in the game is Rotherham’s, Kash Ali. The 28-year-old is currently 17-1 (8), with that sole defeat also coming in controversial circumstances, similar to Tyson’s 1997 disqualification loss to Holyfield.

In March of last year, in a vast televised fight with Liverpool’s David Price and despite the contest being even, Kash inexplicably bit the big Scouser leading to a fifth-round ejection from the competition, and a subsequent six-month ban from the sport.

With that episode firmly behind him, and with a new team in place – including trainer Richard Towers and promoter Dennis Hobson – Kash says he rates Tyson as one of history’s best heavyweights and believes it would have been an honor to have had the chance to face the legend in his heyday.

“Tyson was one of my favorite fighters, and he’s one of the reasons I first got into boxing,” explained the Yorkshireman. “I looked up to him as a fighter; he’s one of the greatest heavyweights. People just think he had ferocious power, but he also had excellent technique and could finish people off.

During his time, he boxed whoever they put in front of him, and that’s all he could do. He was the best in his day, but it went downhill after the Buster Douglas fight.

“I’ve seen some of the recent video of him on the pads, and he looks good, but hitting the pads is one thing, and going into a competitive fight is another. For his age, though, he still looks fast, has power and speed. He seems in good shape, but 20 years ago, he didn’t look the best Tyson, so don’t think he’s going to be any better now.

“It makes me laugh to think of getting in with him now, but it would be a great experience. You could bill it as ‘The Bite of the Night’! If it was Evander Holyfield or me, I think people would take an interest. If he tees off on someone, then he’ll look good, but after three or four rounds, it would be difficult for him.

As a fighter, my mindset is that I can beat anyone, but I would love to have got in there back in the day to see how ferocious he was and feel his power. It would be getting in with one of the boxing legends, and I respect him completely.”