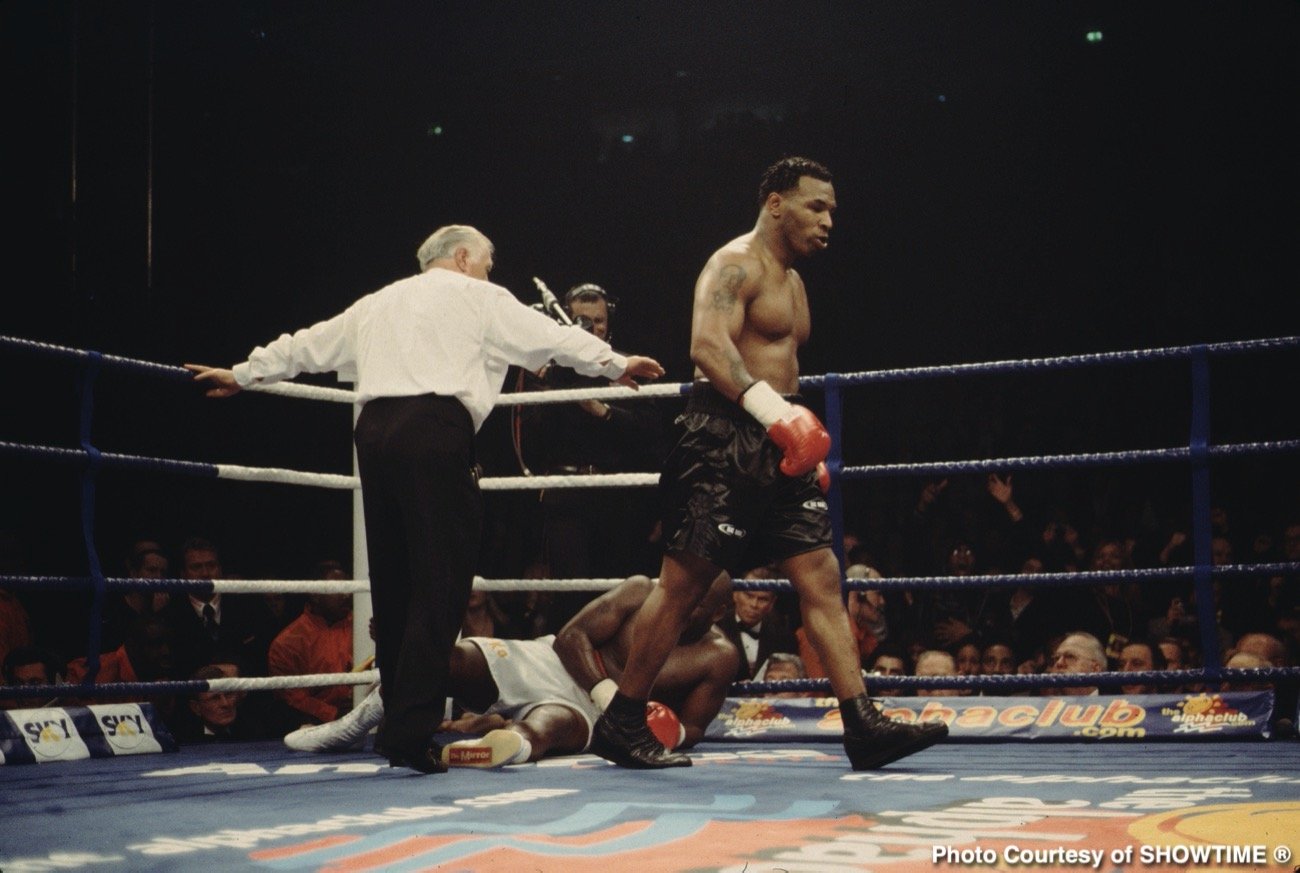 ABC News announced today it will debut a special four hour documentary series on the life of boxing legend Mike Tyson. “Mike Tyson: The Knockout” will put viewers ringside for a main event that will chronicle the former champion’s climb, crash and comeback, from his difficult childhood to becoming undisputed world champion to his 1992 rape conviction and his personal struggles. Through the lens of his life’s extreme highs and lows, the two-part primetime event will examine some of the most pressing questions about resilience and reinvention. “Mike Tyson: The Knockout” will feature new interviews with actor and boxing enthusiast Rosie Perez, former President of HBO Sports Ross Greenburg, ESPN’s Jeremy Schaap, those in Tyson’s inner circle and more. It will also include exclusive ABC News archival material and previously unaired interview footage with Tyson, who reflects on what he has learned throughout his boxing career and his new outlook on life. “Mike Tyson: The Knockout” premieres on back-to-back Tuesdays, May 25 and June 1, (8:00 – 10:00 p.m. ET), on ABC. It can also be viewed the next day on demand and on Hulu.

“In addition to being an inspiring story of the perseverance and hard-won growth of one extraordinary person, Mike Tyson’s life and career are also relevant to the important collective self-reflection finally occurring in America,” said executive producer Geoffrey Fletcher.

“Mike Tyson: The Knockout” begins with Tyson’s youth and his transition from a bullied kid who, in a single instant, discovers his true power, which becomes the basis for the icon’s reputation as “The Baddest Man on the Planet.” Former trainers Bobby Stewart and Teddy Atlas and Joe Colangelo, longtime friend of legendary boxing trainer Cus D’Amato, describe Tyson’s time in and out of juvenile detention while D’Amato trains a young boy from Brooklyn to the edge of his boxing dream of heavyweight champion of the world. They discuss Tyson’s rise to fame after D’Amato’s death and his spiraling under the pressures of stardom, including his lifestyle of excess partying, his marriage to Robin Givens, his infamous 1988 Barbara Walters interview, including Given’s allegation of domestic abuse, and divorce. Former opponents Michael Spinks and Buster Douglas sit down for interviews and discuss their fights against Tyson, including Tyson’s win over Spinks to become the undisputed heavyweight champion and Tyson’s shocking first professional boxing loss to Douglas, who was a 42-to-1 underdog.

“Mike Tyson: The Knockout” continues with Tyson’s conviction and prison sentence for raping 18-year-old Desiree Washington, reviewing the cultural conversation that ensued throughout the trial as the public grappled with ideas around victimization and the fall of a hero. Tyson’s defense attorney James Voyles and special prosecutor Greg Garrison reflect on the trial nearly 20 years later. Tyson’s release from prison and his highly anticipated and celebrated re-entry into society is examined. The program also spotlights Tyson’s comeback in boxing and his bouts against Evander Holyfield, including the moment he bit Holyfield’s ear, as well as his addiction to cocaine, as he quickly became vilified and one of the most polarizing athletes in America. The show also touches on Tyson’s deep personal losses, including how he managed to move forward after the death of his daughter Exodus. It showcases an apologetic, middle-aged Tyson making amends for his regrets. The show culminates with previously unaired footage from an interview conducted by ABC News’ Byron Pitts to whom Tyson poignantly reflects on the man he is today.