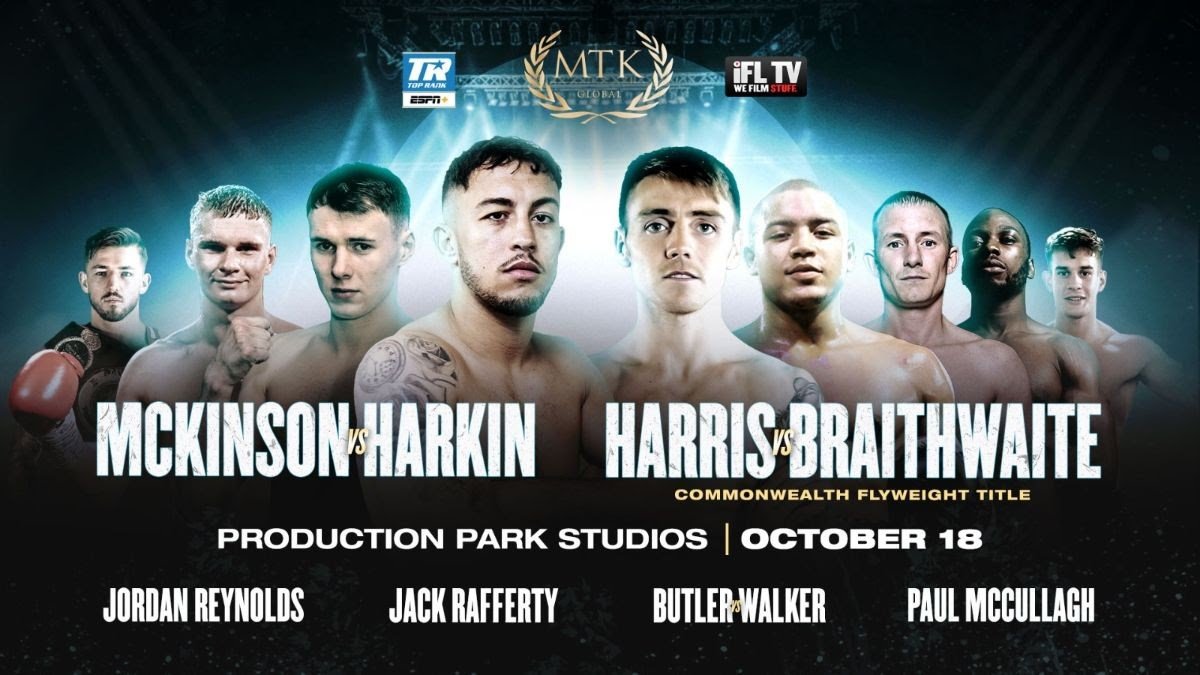 Coverage begins at 2 p.m. ET / 11 a.m. PT – Unbeaten welterweights Michael McKinson and Martin Harkin will face off in a special edition of #MTKFightNight on Sunday, Oct. 18, from Production Park Studios in Wakefield, England.

McKinson (18-0, 2 KOs) had a step-up year in 2019, winning the vacant WBO European title over Russian veteran Evgeny Pavko and besting the previously undefeated Luis Alberto Veron by one-sided decision. He makes his 2020 debut against Scottish upstart Harkin (13-0, 5 KOs), who knocked out the then-unbeaten James Moorcroft back in January.

“Martin Harkin is a dangerous puncher. It’s a dangerous fight for me, but I’ve proven before that I can swim with sharks,” McKinson said. “I’m excited about the challenge, and I’m very excited to fight finally.”

Harkin said, “I’m very excited to be fighting. This is a great platform to show people who I am. I’ve slipped under the radar, and I’m mostly unknown, so I’m delighted with this chance, and I’m going to grab it with both hands.

Commonwealth flyweight champion Jay Harris (17-1, 9 KOs) will defend his title in a 12-rounder against former English super flyweight champion Marcel Braithwaite (9-2). Harris last fought in February and dropped a unanimous decision to WBC flyweight world champion Julio Cesar Martinez in one of the best fights of 2020.