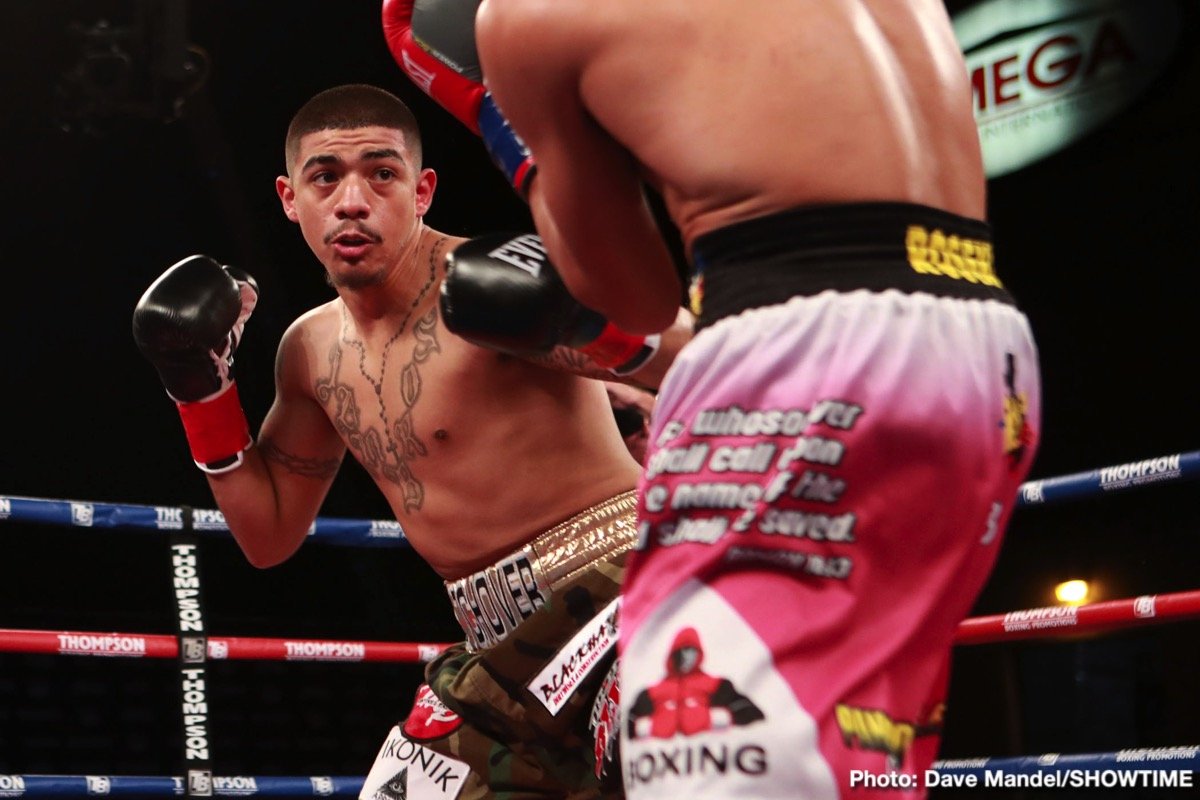 Fighting in front of his hometown fans for the first time as a professional, the fast-rising Texan Dutchover (13-0, 10 KOs) returns for his second consecutive test on ShoBox after making an impressive debut in May with a first-round knockout. The 21-year-old prospect will face his toughest test to date in ShoBox veteran Thomas Mattice (14-1-1, 10 KOs), a fearless five-year pro that has displayed promising boxing skills in previous appearances on the developmental prospect series.

Here is what Dutchover and Villa, who are promoted by Banner Promotions and Thompson Boxing, had to say at the conclusion of training camp as they prepare for their fights on Friday night:

“This was my best camp. I feel very confident. We stepped it up a notch. Everything went smooth. It was pure hard work and dedication throughout this camp.

“I know that my fights are getting tougher and opponents are getting better. Thomas Mattice is going to bring out the best in me. A lot of my fights have been quick knockouts, and hopefully now with this fight, people will see that I bring a high skill level.

“I have been very focused on the fight, and not focusing on where the fight is taking place. My family, friends, coaches and teachers will all be there, but It doesn’t matter where the ring is, I am at home.

“Every fight, I am looking to make a big statement being that it is a main event on ShoBox against a durable guy. I feel this win will catapult me into the rankings in the 135 lb. division.”

“It was a good training camp. We trained in Riverside, Calif., for the last four weeks of camp.”

“I have sparred with Vivas in the past and from what I remember it was my first day back in the gym after a fight. He was an aggressive fighter, and I know I just have to be smart and execute to be successful on fight night.

“I am excited to be back on ShoBox. I know that I must be winning and doing my job for me to keep getting on ShoBox and getting this great exposure.

Tickets for the event, which is promoted by Banner Promotions and Thompson Boxing in association with GH3 Promotions, Garcia Promotions and Now Boxing Promotions, are priced at $120, $100 and $80 and can be purchased online at haciendamidland com or by calling 432-563-3737.