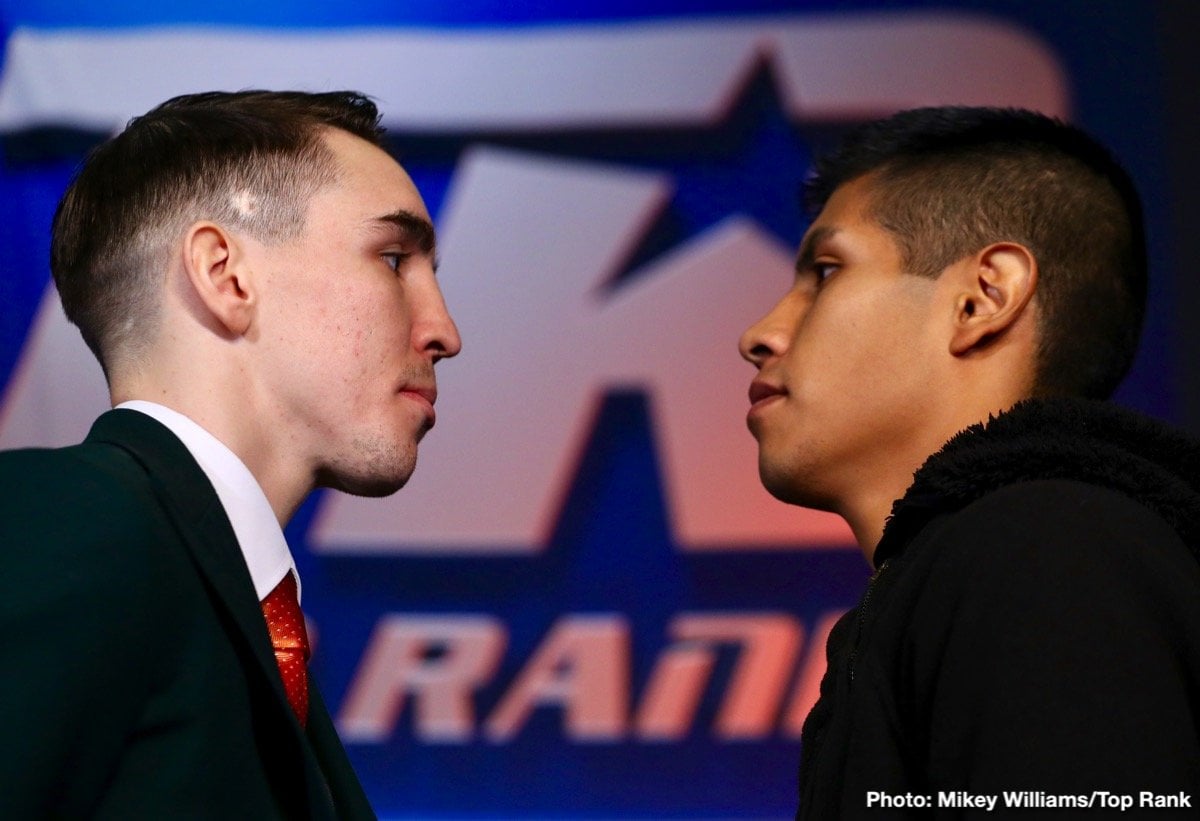 For the third consecutive year, Michael “Mick” Conlan is ready to crash the Hulu Theater at Madison Square Garden for a St. Patrick’s Day extravaganza.

At the final press conference, this is what the fighters had to say.

“It means the world for me to be fighting at Madison Square Garden, especially on St. Patrick’s Day. It’s a special day for me and my country. For me to come here and represent and kind of shine the light for Irish people on St. Patrick’s Day, it’s very, very important.”

“I think this is a big year for me. I want this to be my breakout year. Each fight now is very, very important. Every fight is more important than the last. I feel this year could set me up for a huge world title fight next year, or maybe even later this year, which would be fantastic. I feel my progress has been fantastic over the last four years, so I’ve been steadily going up {the rankings}.”

“St. Patrick’s Day is normally a crazy day, but when you have an Irish guy fighting at Madison Square Garden, it makes it even more special.”

“I feel very happy for the opportunity. I have never fought here before. I know it’s a big opportunity, and I’m going to give it my all.”

“We know it’s going to be a tough challenge because a lot of people are going to be supporting him. I’m not going to be thinking about that. In the ring, I’m just going to focus on beating him and winning the fight.”

In response to Vargas saying this will be an “easy” fight

“He’s going to see ‘easy’ on Sunday. I’m not one to talk much, but when I get in that ring, I’m totally a different character. I’m a straight beast. Whether {it’s in} victory or defeat, I’m coming. I’m bringing it.”

On his motivation at this point of his career

“I believe I’m living my purpose right now. The things I’ve been through in boxing, a lot of fighters wouldn’t deal with. It fuels my passion. I’ve had some rough roads. You know what, at the end of the day, this is what I was called to do. I love it. I just like inspiring those that always have been counted out, like myself. I’m still able to do it and perform at my best and give the fans what they want, which is excitement.”

“This fight is first. This is what I’m focused first on. I’ll get this victory and take it from there.”

“Luis Collazo is a guy who has been in there with veterans, Shane Mosley, a lot of world champions. He brings a lot to the table, a lot of experience, and we gotta be a cautious, smart, efficient fighter, and do what we do best.”

“I want to make a statement. I’ve been in there before with great world champions. This time around, I feel like I’ve learned so much being in the ring. This camp has been amazing in LA. I’m really looking forward to making a statement and winning easily.”

“I’m so overwhelmed that I’m getting a chance to fight in this great arena. Two months ago, I was slated to fight in the UK on the 8th of March. Then I got a call to say I was fighting on this bill, and I was overwhelmed. I’m still pinching myself, and I can’t wait for the opportunity.”

“We lost our last fight, which was for the WBC {flyweight} world title. I’m now fighting on ESPN+, which is a massive platform to showcase my skills. I’m sure all the fans will get behind me because my style is all action. It’s going to be a good night.” 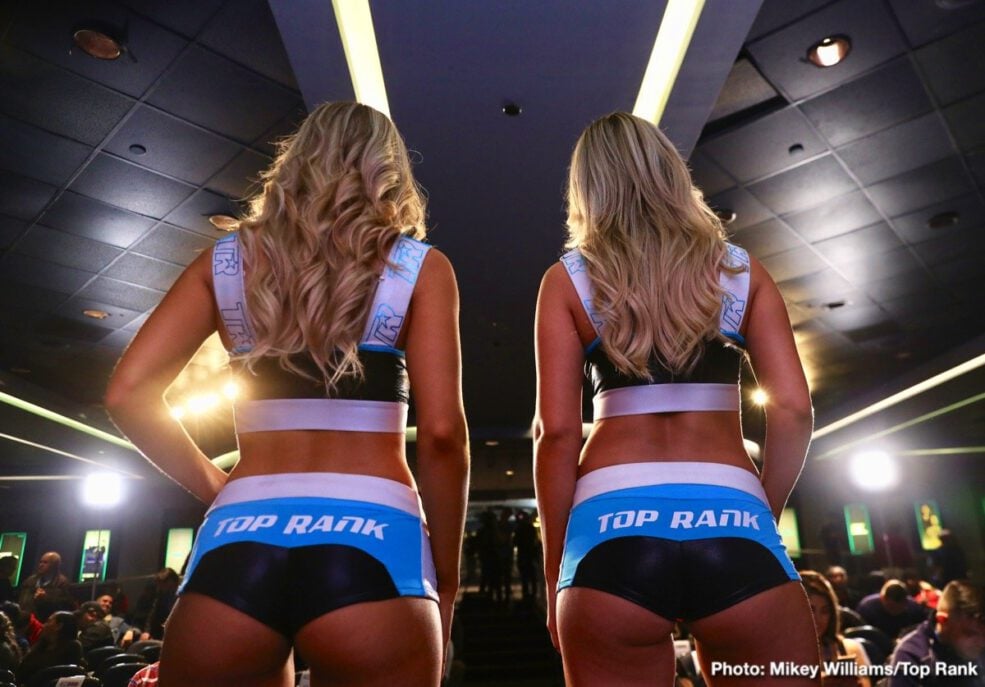 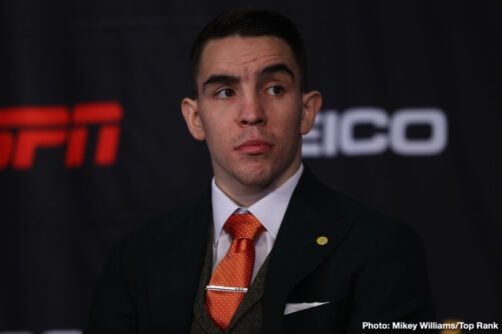 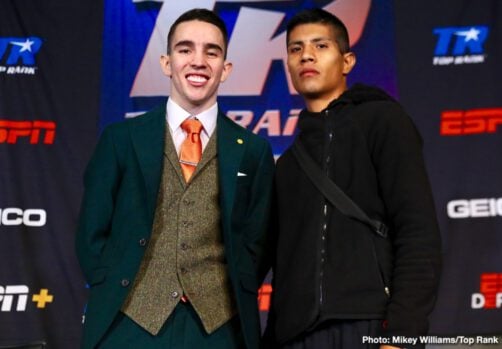 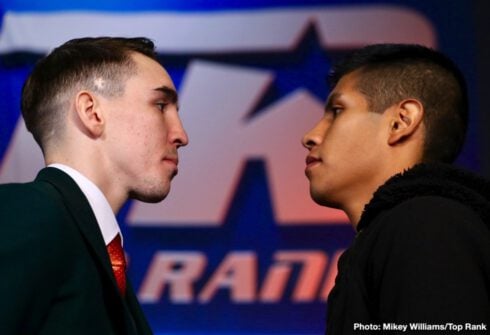 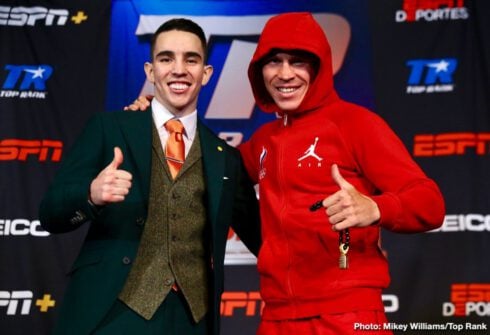 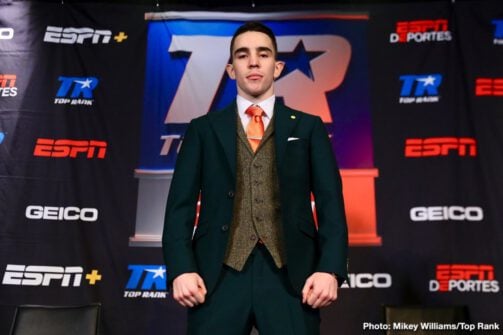 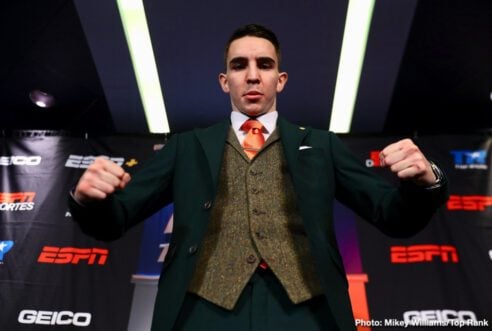 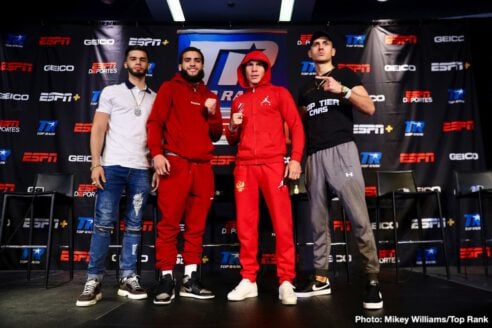 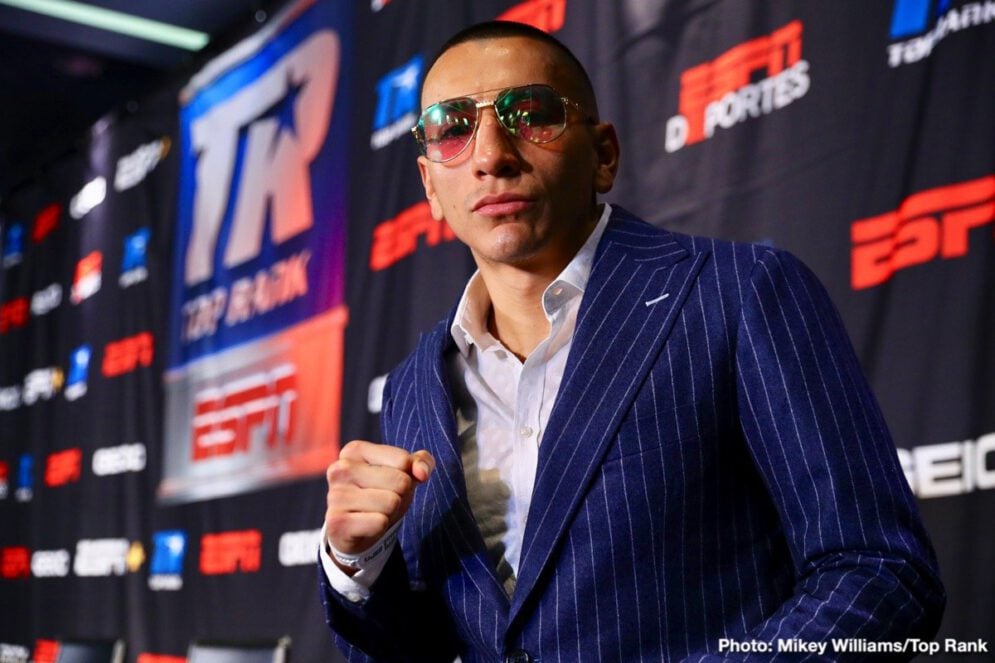 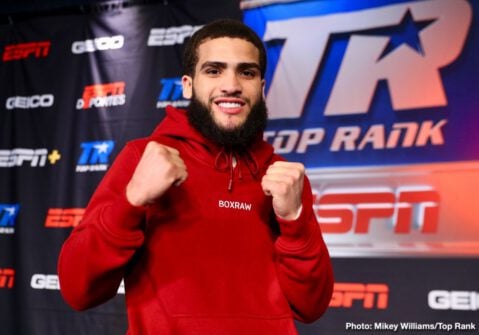 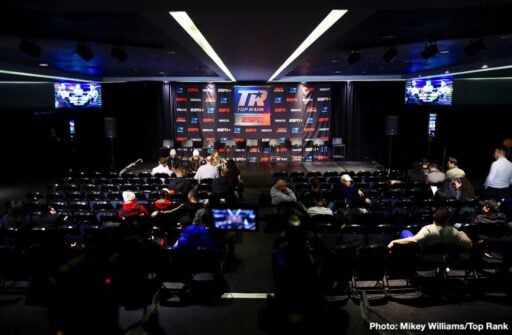 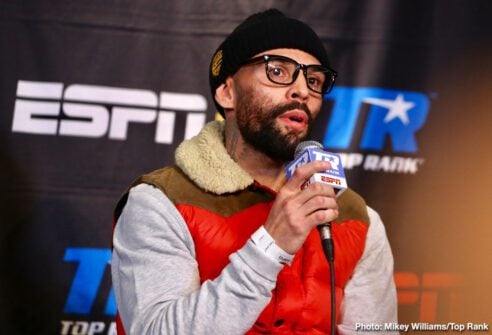 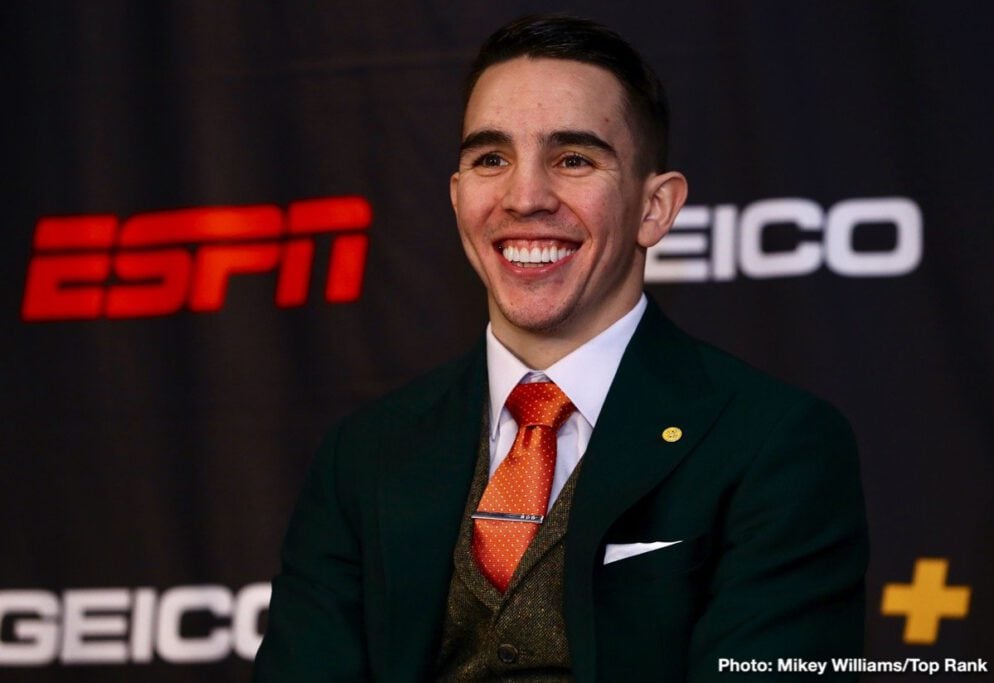 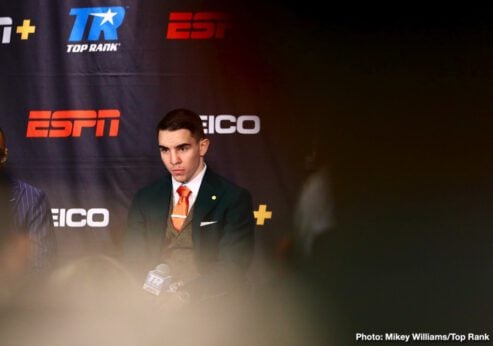 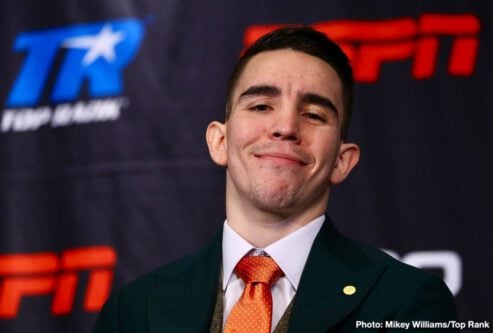 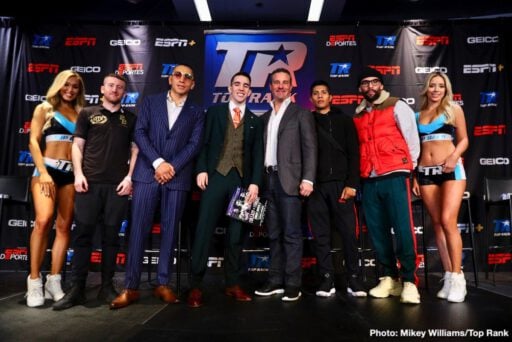 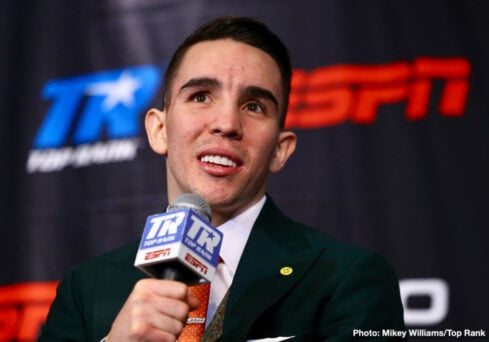 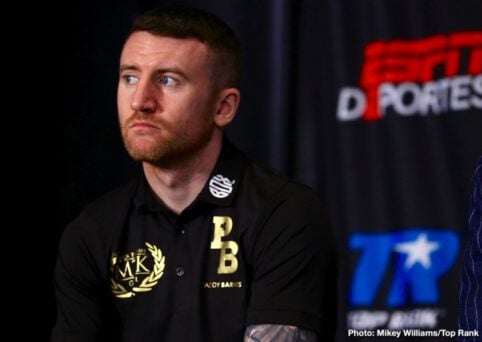 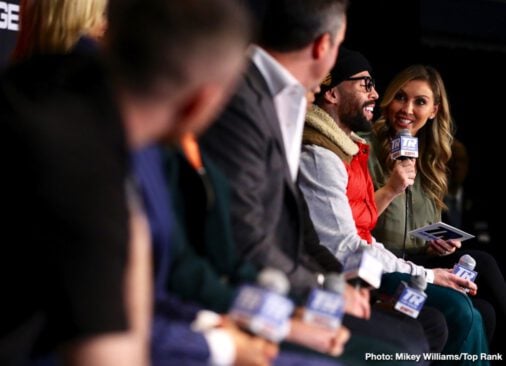 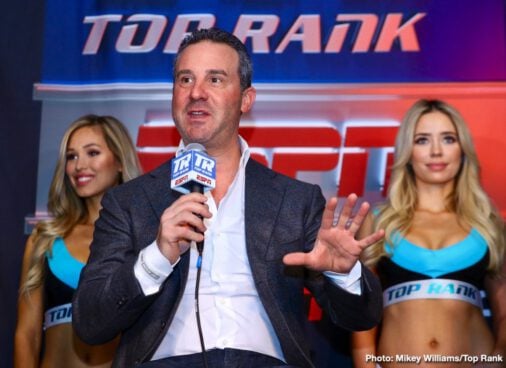 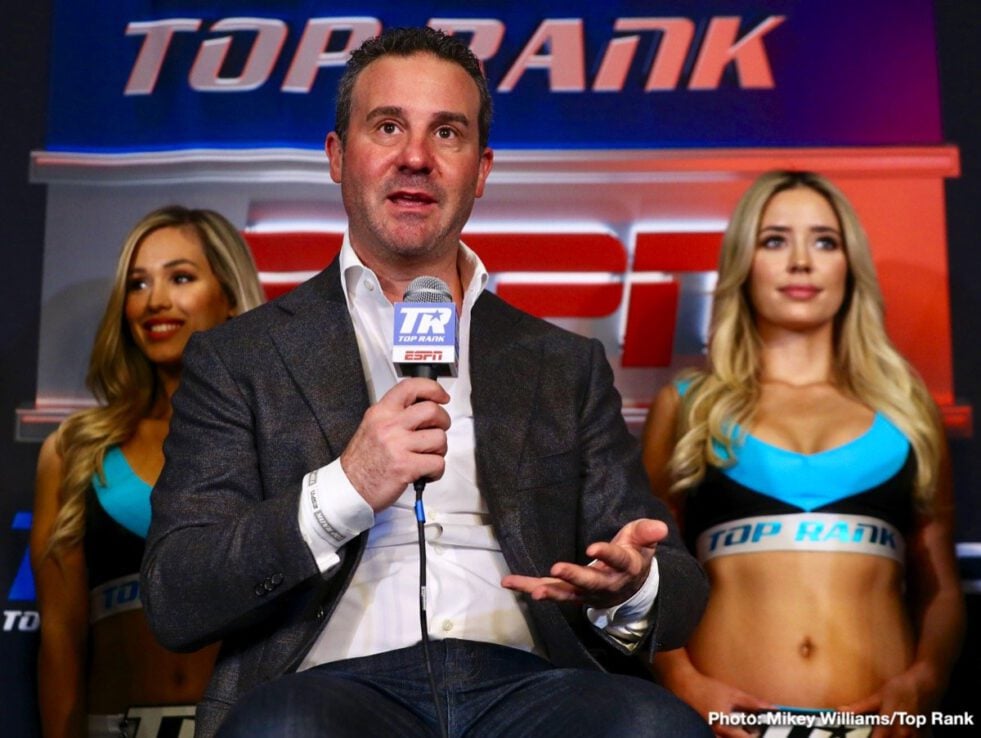 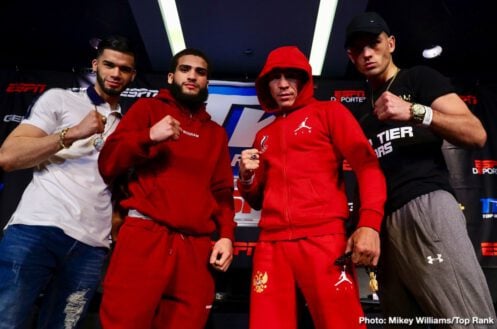 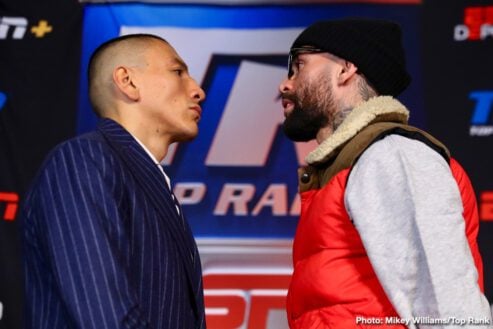 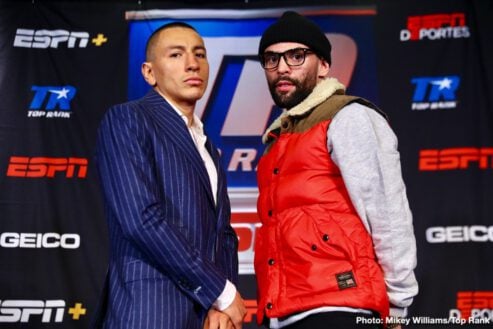 Vladimir Nikitin and Irish sensation Michael “Mick” Conlan are on a collision course for a rematch of their quarterfinal bout from the 2016 Rio Olympics, won by Nikitin via highly controversial decision. Nikitin will fight Juan Tapia (8-2, 3 KOs) in a six-round featherweight bout on the undercard of Conlan’s 10-round featherweight tilt against Ruben Garcia Hernandez on Sunday, March 17 at Hulu Theater at Madison Square Garden.

Conlan-Hernandez will be the special attraction for this special St. Patrick’s Day card, with the welterweight showdown between Luis Collazo and Samuel Vargas serving as the main event. In the newly announced co-feature, two-time Irish Olympic bronze medalist and former world title challenger Paddy Barnes (5-1, 1 KO) will look to get back in the win column against Oscar Mojica (11-5-1, 1 KO) in a six-rounder at bantamweight. Barnes challenged Cristofer Rosales for the WBC flyweight world title last August and lost via fourth-round knockout.

Conlan-Hernandez, Barnes-Mojica and Collazo-Vargas will stream live and exclusively at 6 p.m. ET on ESPN+, the direct-to-consumer sports streaming service from The Walt Disney Company’s Direct-to-Consumer & International segment and ESPN. The entire undercard, including Nikitin-Tapia, will stream live on ESPN+ beginning at 3 p.m. ET.

“The fight I want after I take care of business on March 17 is Michael Conlan,” Nikitin said. “He wants revenge, and I want to show everyone that I was, and still am, the superior fighter. I respect Michael and his team. While there is no bad blood outside the ring, we have unfinished business inside the ring.”

Nikitin (2-0, 0 KOs) was a standout amateur for his native Russia who won medals at the European Championships and World Championships. At the 2016 Rio Olympics, his disputed decision over Conlan advanced him to the medal round and made headlines around the globe. Conlan’s double middle-finger salute to the AIBA-appointed judges became the indelible image of the Rio Olympics. As a pro, Nikitin has won a pair of dominant six-round decisions and hopes another victory sets the stage for the long-awaited rematch.

Joseph “Blessed Hands” Adorno (11-0, 10 KOs), the 19-year-old power punching prodigy, will face the durable Victor Rosas (10-8, 4 KOs) in a six-rounder at lightweight. Adorno has seven first-round stoppages on his ledger.

Bronx native Josue “The Prodigy” Vargas (12-1, 8 KOs) will take on Adriano Ramirez (10-2, 6 KOs) in an eight-round super lightweight bout. Vargas has won six in a row since a controversial disqualification loss.

Lee Reeves (2-0, 2 KOs), a two-time Irish national champion as an amateur, will continue his professional journey against Eduardo Torres (1-1, 0 KOs) in a four-round welterweight fight.

Use the hashtags #ConlanHernandez and #TheConlanRevolution to follow the action on social media.