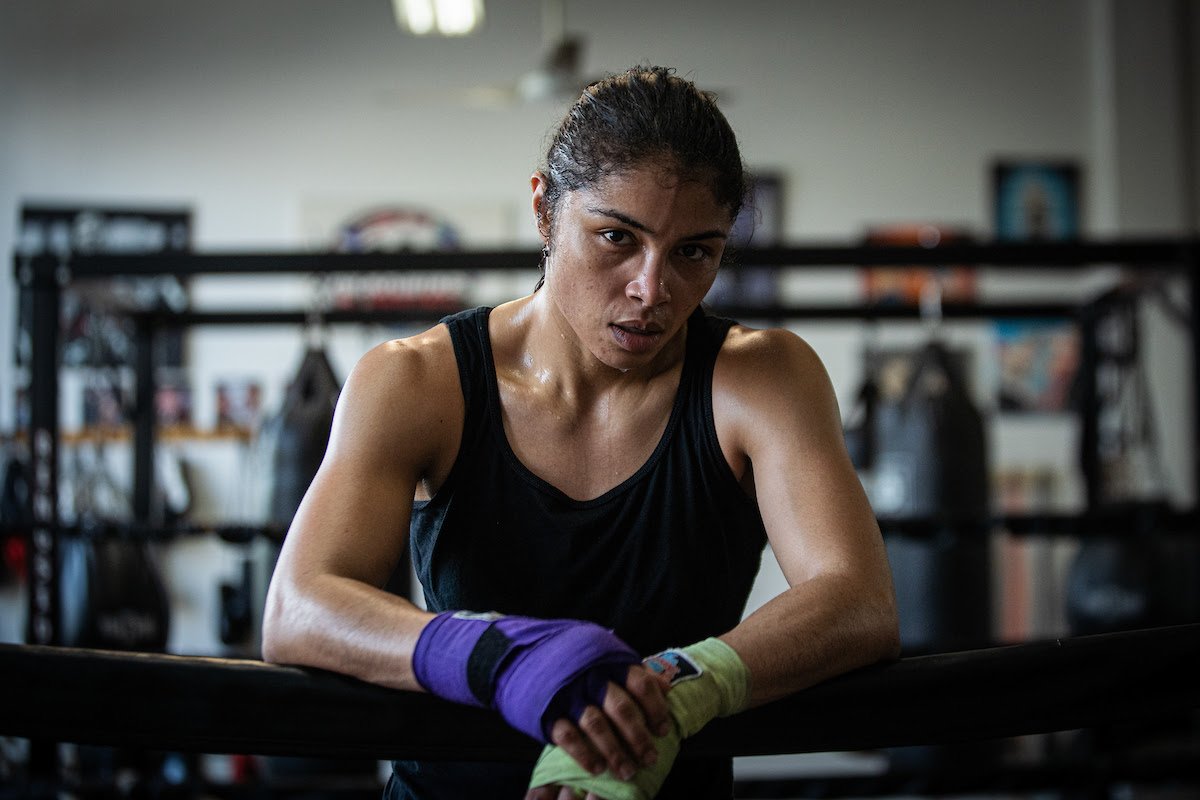 Jessica McCaskill wants to tee up a blockbuster rematch with Katie Taylor by ending the reign of undisputed World Welterweight champion Cecilia Brækhus on the streets of downtown Tulsa, Oklahoma, on Saturday, August 15, live on DAZN.

McCaskill (8-2 3 KOs) first gained attention when she traveled to London to take on Taylor in December 2017 to be the first challenger for Taylor’s WBA World Lightweight title, pushing the Irish sensation all the way in a grueling contest.

The Chicagoan dusted herself off and used that experience to great effect in her next outing, welcoming WBC Super-Lightweight champion Erica Farias to the Windy City in October 2018 in the first Matchroom and DAZN show in the US, and McCaskill ripped the title from the Argentine to become World champion in just her eighth pro fight.

McCaskill then unified the Super-Lightweight division in Maryland in May 2019 against WBA champion Anahi Sanchez before inviting Farias back for a rematch and triumphing once again to defend the titles and now strives for greatness once again against Brækhus (36-0 9 KOs).

The Norwegian is hunting history as she looks to pass Joe Louis 72 year record of 25 straight successful World championship defenses, but McCaskill has her own legacy in mind ahead of the Tulsa tussle and wants to extend her sensational run of form in the biggest night of her career to date.

“I would love the Taylor rematch and a chance to get my revenge, and definitely in a place like Wembley Stadium on a huge bill,” said McCaskill. “If we have fans again, that stadium has 100,000 people, and that’s the kind of crowd that needs to be at that kind of fight. I have my eyes on Taylor, and I want that fight.

“Going to the UK for the Taylor fight, I didn’t know what to expect, but it turns out that we have a ton of fans in the UK. I still hear from the UK fans on a regular basis, and from the airport to the hotel to the venue, there were so many people that reached out and showed love to my team and me.

“Katie said that people were scared to fight her and of course, we weren’t, we took it and we learned that we were at that level.”

In order for the Taylor rematch to materialize, not only does McCaskill need to beat Brækhus, but Taylor needs to get past Belgian foe Delfine Persoon at Eddie Hearn’s Fight Camp in Essex, England next Saturday in a rematch of their epic battle in New York in June 2019.

Taylor and Persoon’s second meeting is the third huge women’s World title action in as many weeks following the fight of the year contender between Terri Harper and Natasha Jonas at Fight Camp on Saturday, and McCaskill expects both her clash with Brækhus and the Taylor-Persoon rematch to continue the high quality of the action between boxing’s elite female fighters.

“I was in New York for the first Taylor-Persoon fight, and it was massive,” said McCaskill. “There was a lot of contact,s and it was a lesson for Taylor that you cannot take people lightly, it was a close fight, and she could’ve been on the wrong side of the result. I think the second fight will be another classic.

“There are a lot of people that are responsible for the rise of female boxing. Eddie Hearn has put a lot of money into female boxing, and DAZN has been a great platform for us to perform on.

“The Taylor fight was probably meant to be that way; nobody knew who we were, our background and our history, winning that fight could have probably massively disrupted the growth of women’s boxing. I don’t think anyone would’ve put a lot of money into me, not knowing who I was. So, after Taylor won that fight, they put a lot of time and effort into Taylor and things developed from there.” 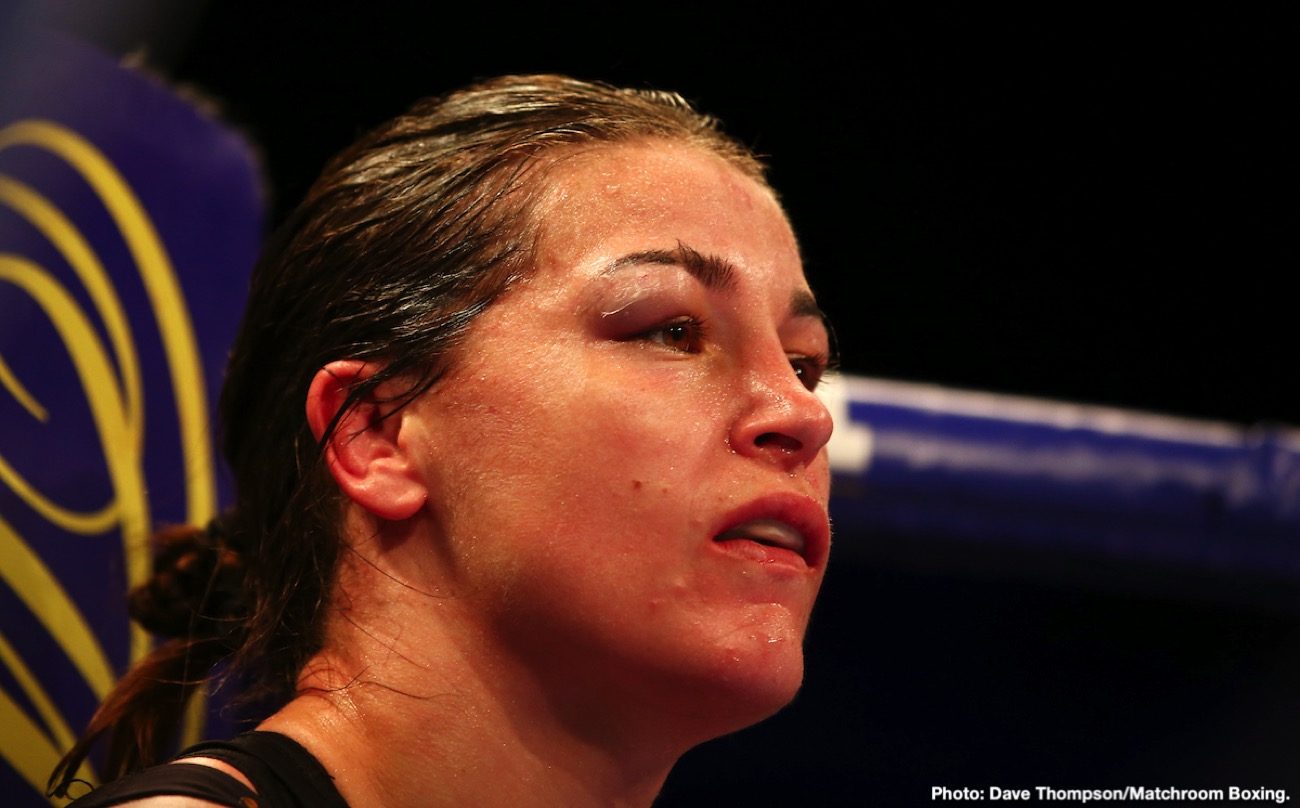 Rising Super-Welterweight Israil Madrimov (5-0 5 KOs) can close in on World title honors as he meets Eric Walker (20-2 9 KOs) in a final eliminator for the WBA World title while Madrimov’s fellow countryman Shakhram Giyasov (9-0 7 KOs) will now face Wiston Campos (31-7-6 19 KOs) after second replacement opponent Rey Perez was ruled out following original opponent Francisco Rojo being forced out of the bout after testing positive for COVID-19 during his training camp in his home city, and a trio of young talents complete the card in Nikita Ababiy (8-0 6 KOs), Raymond Ford (5-0 2 KOs) and the debut of amateur star Marc Castro.