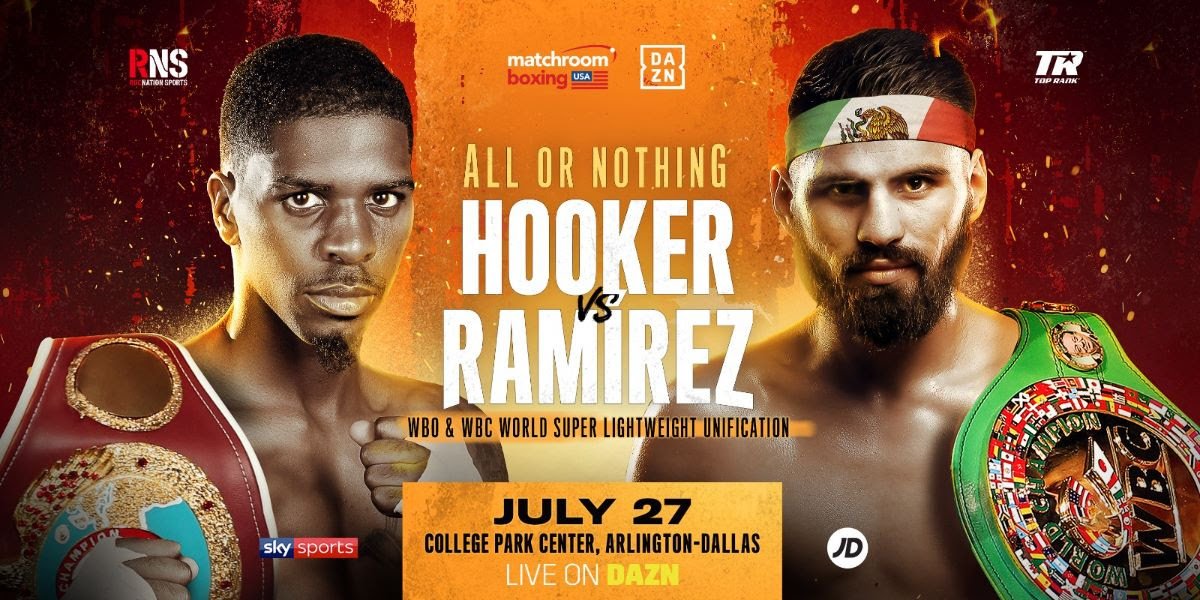 Everything is bigger in Texas – and that’s just what Maurice Hooker plans to be as he prepares for his Super-Lightweight unification clash with Jose Ramirez on Saturday night at the College Park Center in Arlington, Texas, live on DAZN in the US and on Sky Sports in the UK.

Hooker (26-0-3 17 KOs) puts his WBO title on the line for the third time as he fights at home for the first time as a World ruler. The 29 year old last laced them up in the Lone Star state back in August 2017, where he claimed the WBO NABO title in downtown Dallas.

Hooker hit the road ten months later to rip the WBO World title from Terry Flanagan in the Manchester man’s home arena, and in November ‘Mighty Mo’ pulled off a stunning win in Oklahoma, climbing off the canvas in the second round to put unbeaten local favorite Alex Saucedo away in the seventh.

Hooker’s second defense took him to upstate New York where Brooklyn’s Mikkel Les Pierre was seen off in a comfortable points win – setting up the chance to come home in style and take home court advantage in the biggest fight of his career against WBC king Ramirez (24-0 16 KOs).

“I will be a champion in boxing and in Dallas as everyone will know my name after this fight. This fight means everything to me and the same for him, I just have to go harder than him and I will come out on top. This is part of my legacy – it’s just the beginning.

“This is the fight that makes me a big name. I am getting better with every fight and now I have the platform in the fight on DAZN to show my boxing skills, my power, my smarts, everything – everyone will know who Maurice Hooker is after this.

“I won my WBO NABO belt in Dallas but this fight is on a whole new level, I have the chance to unify at home. The first World title fight was in England and the others have been on the road too, but now I have the biggest fight of my life at home, so there’s a little pressure but not too much and I just have to focus on doing my job and getting the victory.

“It’s been crazy at home since the fight was announced. Everybody has been telling me that they are coming and telling me to put on a show. I’m confident I’ll get the win as is Jose, I’ve been watching him and it’s going to be tough in the opening rounds, but I will take over and make him adjust to me. Dallas seeing me fight as a World champion is so big for me and for the city, all the kids I’ve spoken to in the schools, the people that look up to me, can now watch me live.”