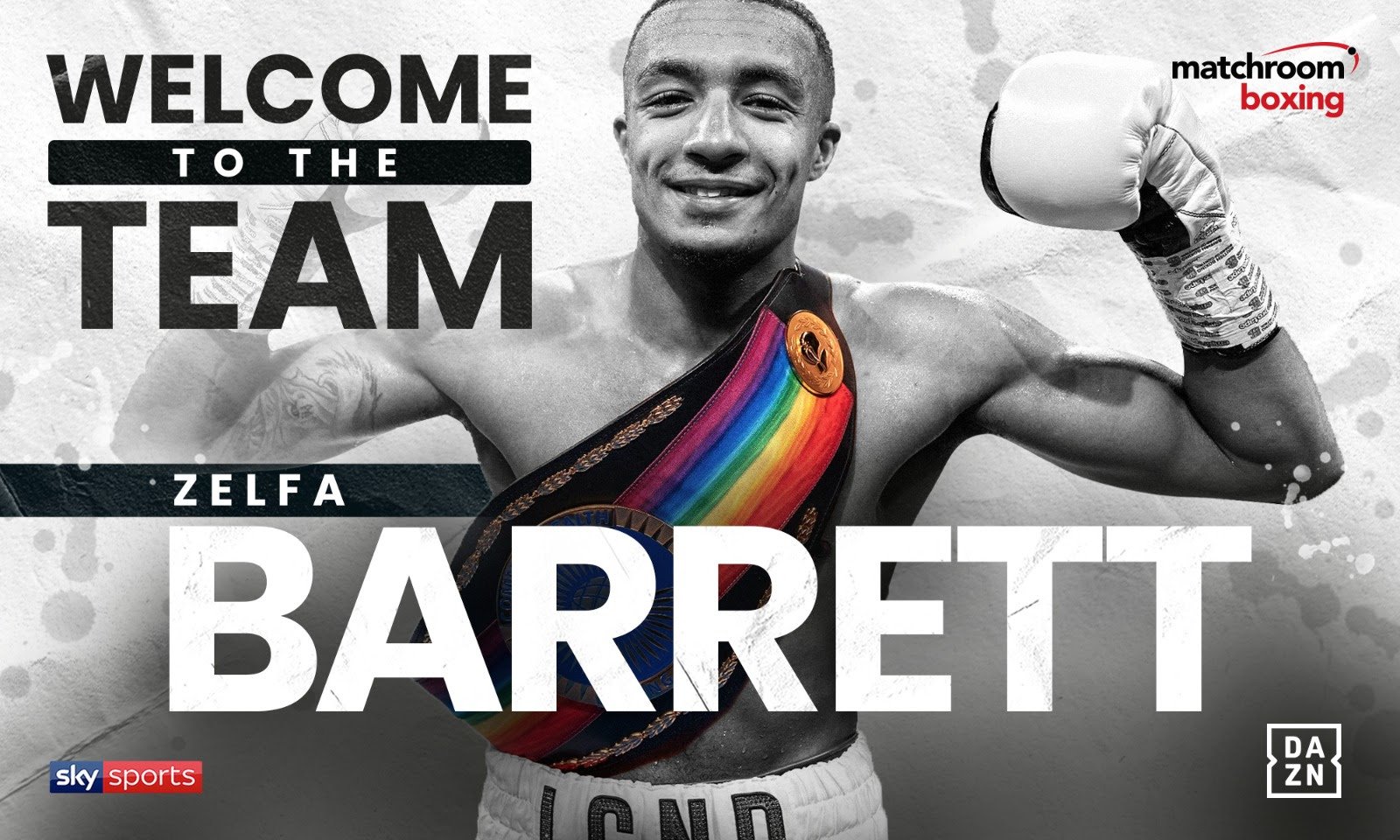 Zelfa Barrett has signed a promotional deal with Eddie Hearn’s Matchroom Boxing and will make his highly-anticipated Sky Sports debut on the blockbuster Dillian Whyte vs. Alexander Povetkin bill at Manchester Arena on Saturday, May 2.

Regarded as one of the hottest prospects in British boxing, Barrett (23-1, 14 KOs) landed the Commonwealth Title with a shutout points win over British rival Lyon Woodstock at the First Direct Arena in Leeds back in June 2019.

Nephew of former European Super-Lightweight Champion Pat Barrett, ‘Brown Flash’ has won 23 of his 24 professional fights, with 14 of those wins coming by way of knockout, and the 26-year-old hopes to kick on to World Title contention, starting with a big performance in his home city.

“This is a new chapter, there are some big opportunities for me,” said Barrett. “I want to keep picking up belts and improving, I’ve got the capabilities to go all the way. I believe in my own ability. I’ve had two good wins on the bounce and now I’m looking to push on in 2020 and beyond.

“Fighting in my own city of Manchester is a very important thing for me. May 2 will be a great occasion to mark my Matchroom debut. I’m not just taking part, I’m there boxing on the big stage with Dillian Whyte and Katie Taylor. My style is exciting. I’ve got speed, I can punch. Sometimes I surprise myself with what I can do, the fans will need to sit up and watch every second of every round.”

“I’m delighted to welcome Zelfa to the team – he has a huge future ahead of him,” said Eddie Hearn. “We have recently seen two Manchester World Champions depart from the sport and the city is crying out for a new star – I feel Zelfa is the man to carry the torch and we will give him all the opportunities to make his way to the very top of the sport.”