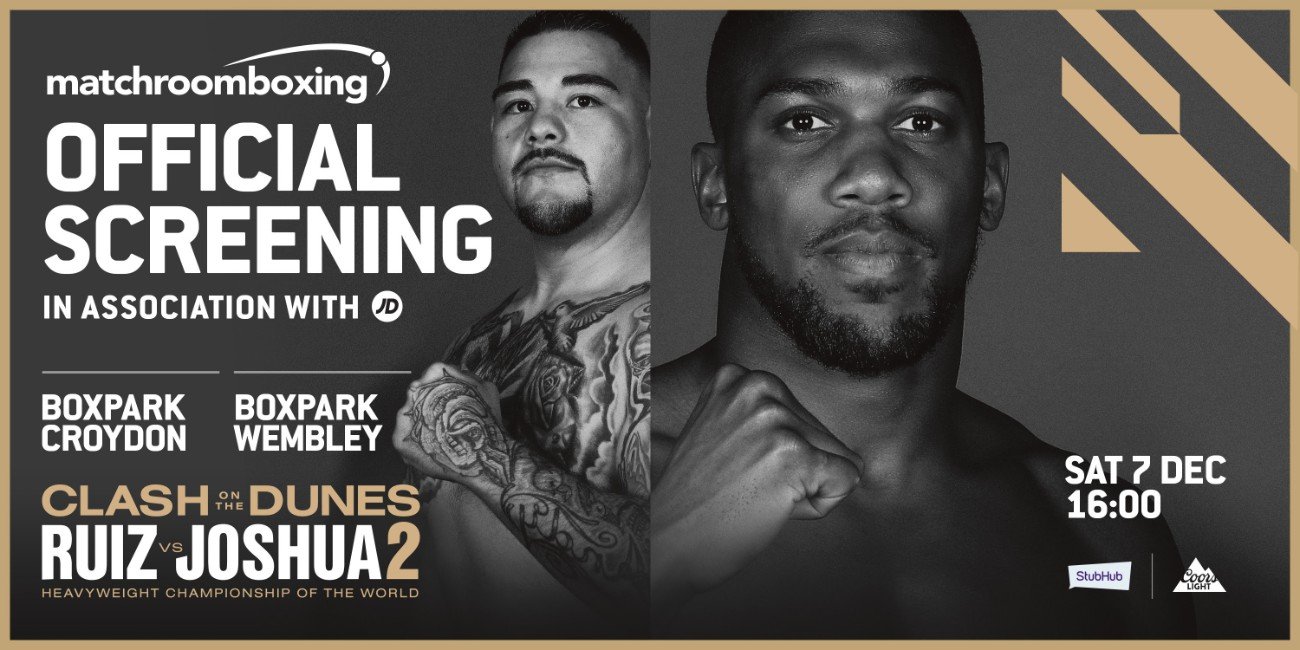 In less than a week Saudi Arabia will host what is regarded as one of the biggest sporting events to ever be staged in the Middle East, the highly-anticipated Heavyweight World Championship fight dubbed ‘Clash on the Dunes’ presented by Public Investment Fund (PIF).

Many have already marveled at the speed of the arena build that will host the fight which was planned to become one of the world’s largest outdoor stadiums and one that had to be built in under two months.

The 15,000-seat purpose-built outdoor arena’s construction kicked off on the 7th of October and used almost 300 tons of steel to cover an area of 10,000 sqm at the center of historic UNESCO heritage site, Diriyah, the birthplace of the first kings of Saudi Arabia. It took 175 working dedicated staff to finish the works in time for what is considered the biggest fight in the past fifty years. 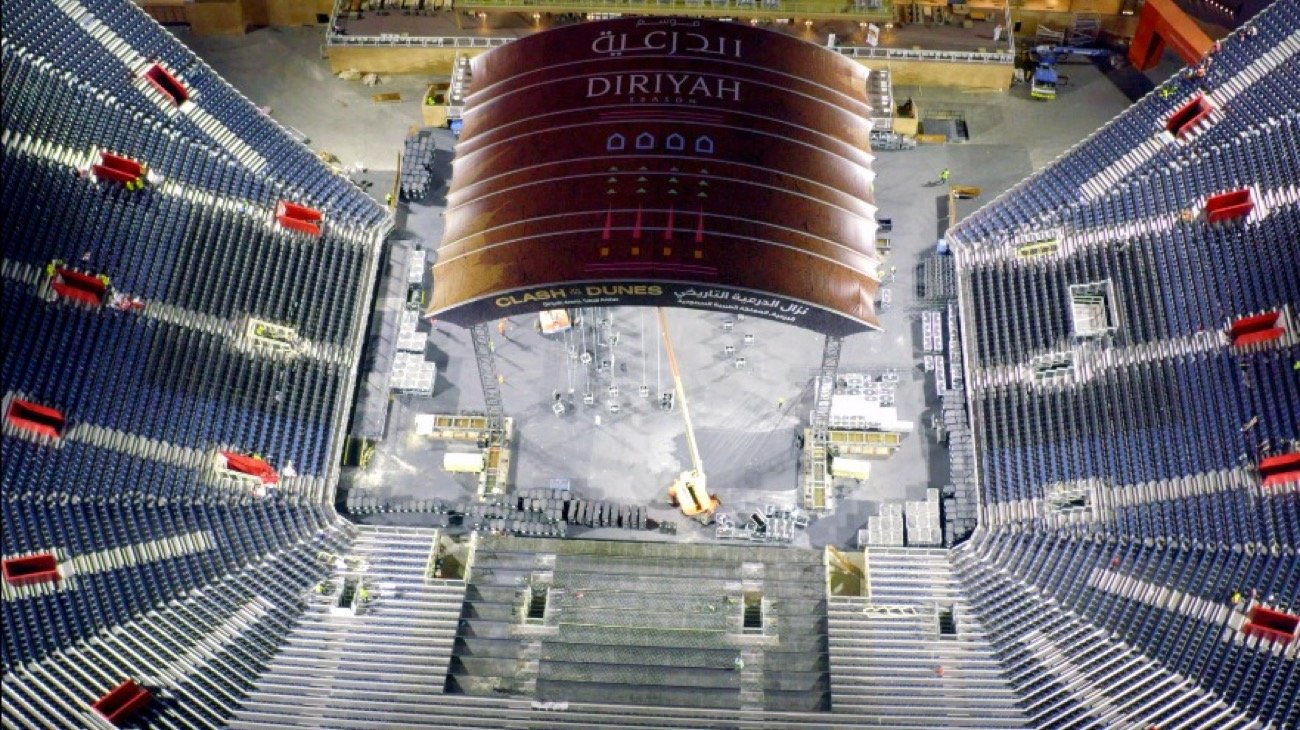 Touring the Diriyah Arena, Heavyweight ruler Andy Ruiz Jr said: “It’s amazing man, it’s crazy how they built everything in a month and a half. It’s amazing to be fighting over here, it’s going to be really historic and I’m planning to make history over here. It’s a lot different. When I first got here none of this was here so it’s unbelievable.”

The massive structure will take more than 2000 staff members to operate it on fight night and will seat 300 media with hundreds more seated in a nearby media center. The magnitude of the fight and the historical location will have all eyes on Saudi come December 7th.

Just like media, fans are flocking to Diriyah from all over the world. People from over 65 countries have bought tickets to see the heavyweights go at it from seats of the arena.

Anthony Joshua said: “It’s going to be an incredible night and I’m thrilled so many of my fans are going to be there, particularly from the UK.

“It’ll definitely be a night people will tell their grandchildren they were at, one of those iconic evenings of boxing. Everyone from Saudi has been brilliant to work with.”

The Clash On The Dunes presented by PIF forms part of the Diriyah Season, epic month of sports which kicked off with Formula E at the weekend, the Diriyah Tennis Cup featuring eight of the best men’s players on the planet, and the Diriyah Equestrian Festival, an elite competition with Tokyo Olympics 2020 qualifying points on the line.

The Diriyah Season is also supported by the Diriyah Music Festival with huge concerts taking place around the event. On December 6, the night before the Clash On The Dunes, major artists who are yet to be announced will perform. So far artists such as Imagine Dragons, DJ Alan Walker, Clean Bandit and Maluma have performed to 40,000 concert goers.

Ruiz stunned Joshua to capture his IBF, WBA, WBO and IBO crowns in one of the biggest Heavyweight upsets of all time at a sold-out Madison Square Garden in New York on June 1. Joshua attempts to regain his World titles next month and become a two-time Heavyweight ruler after tasting defeat for the first time in his professional career on his US debut in The Big Apple.

For fans who can’t make it out to Saudi Arabia for the ‘Clash on the Dunes’, what better way to enjoy the most anticipated Heavyweight rematch in decades than with family, friends and a great atmosphere. Supported by JD Sports and StubHub – Matchroom will be staging the unmissable events at Boxpark Croydon and Boxpark Wembley.

Fight fans in attendance can expect live music, plenty of great food and drinks, as well as the chance to get hold of the official event programme. With Sky Sports in attendance and covering each screening as part of their live broadcast, these knockout events will offer the electric atmospheres we’ve come to expect from Anthony Joshua fight nights!

Eddie Hearn, Managing Director of Matchroom Boxing, said: “Of course, not everybody can get out to Saudi Arabia for the fight – so we wanted to create something for the fans which would be an exciting alternative. We’ve seen before the popular fan parks which come with big football tournaments and matches, and we felt that this fight is on the same level and deserved something special as ‘AJ’ bids to become a two-time World Champion and win his titles back!”

Tickets start at just £10 and will be on sale at 2.00pm on Tuesday November 19 via StubHub (www.stubhub.co.uk).