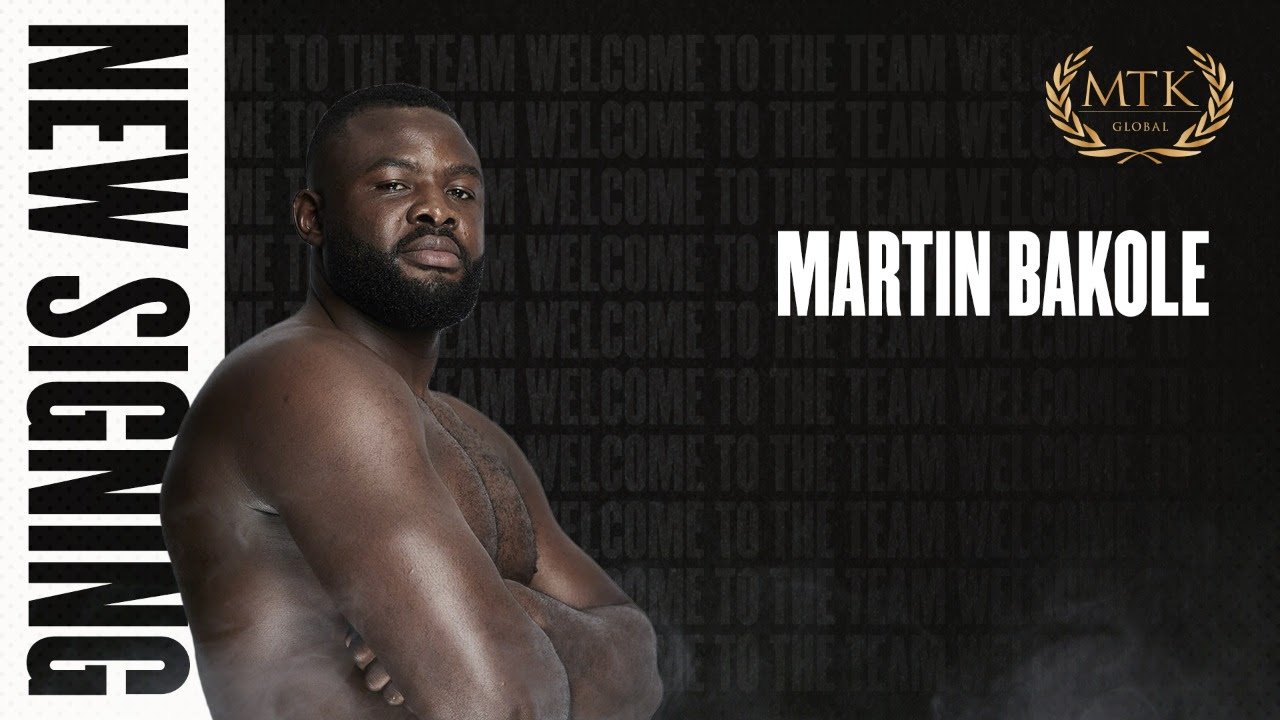 Bakole (16-1, 12 KOs) is ranked #14 with the WBA and also holds the WBC International title, following his unanimous decision win over Sergey Kuzmin back in December.

The 27-year-old Congolese star is based in Scotland working under the tutelage of highly-respected trainer Billy Nelson, and the duo are confident of going all the way to the top after teaming with MTK Global.

Bakole said: “I’m really pleased to be signing an advisory deal with MTK Global. I know that they have what it takes to help me achieve my dreams of becoming world champion.

“The big fights at heavyweight are what I want, and I am certain that MTK Global will be able to secure them for me.”

Trainer Billy Nelson said: “We’re thrilled to be joining forces with MTK Global. They’re the biggest management company in the world and we’re convinced that they’ll do what is best for Martin Baloke.

“Martin has gone from strength to strength in recent years, and now with somebody as big as MTK Global backing him, we are all looking forward to seeing what he can accomplish.”

“The heavyweight division is the strongest it’s been in years and Martin Bakole is right in the mix. Together with Billy Nelson we believe Martin will become world champion.

“There are some big nights ahead for Martin which has everyone at the team excited for the future.”

News on when Bakole will have his first bout as an MTK Global fighter will be announced in due course.

Darren Tetley will take on Samuel Antwi in a superb battle for the vacant English welterweight title on next month’s action-packed #MTKFightNight.

The event takes place on Friday 19 February at the University of Bolton Stadium, and will be broadcast live in the US on ESPN+ in association with Top Rank, and worldwide on IFL TV.

Tetley (20-1, 9 KOs) is straight back in a huge bout, following his Fight of the Year contender against Liam Taylor in August. He now turns his attention to former Southern Area champion Antwi (12-1, 5 KOs), who holds impressive wins over the likes of Jez Smith and Siar Ozgul.

The card will also see some of the best up and coming stars from the UK and Ireland, as highly-rated unbeaten duo Paddy Donovan (5-0, 3 KOs) and Elliot Whale (3-0, 1 KO) both return, while there is a professional debut for Paul Ryan.

They all join two terrific title fights that were already announced for the event, as Liam Walsh faces Paul Hyland Jnr for the vacant British lightweight title, and DP Carr and Dean Dodge collide for the Southern Area welterweight title, with that fight also serving as an English title eliminator.

“Tetley and Antwi are both known for their exciting styles and I’m expecting a tremendous battle. We also have Paddy Donovan, Elliot Whale and Paul Ryan all in action too, so fans will be seeing some incredible talent that look destined for big things.”