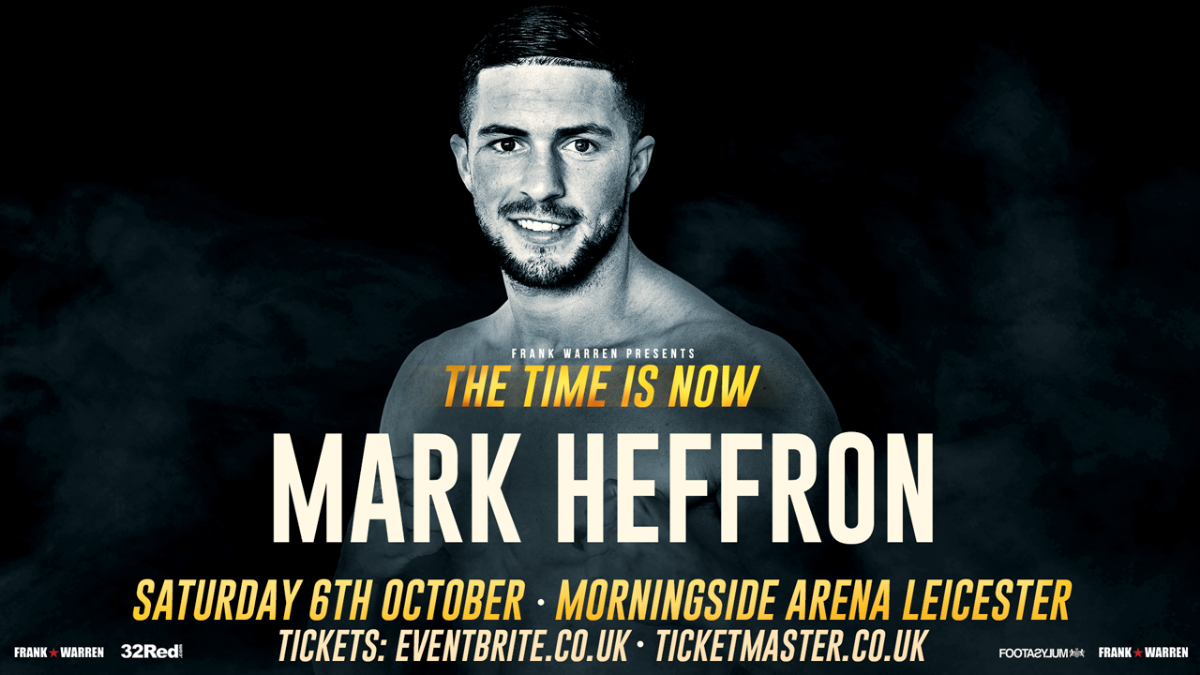 MARK HEFFRON insists he is already prepared to rip the British Middleweight title from Jason Welborn.

Heffron’s promoter Frank Warren won the purse bids to stage Welborn’s (24-6) second title defence and the fight will take place before the end of this year.

Heffron (20-0) will have a warm-up at Leicester’s Morningside Arena on Saturday October 6 before the biggest test of his career.

The Oldham puncher who has KO’d 16 of his victims said: “Welborn is pretty one-dimensional, comes forward, looks solid and it is a fight I cannot wait to happen.

“I am definitely the bigger, stronger fighter and if he wants to come and meet me in the centre of the ring he’ll realise I’m strong.”

“I have been a long time waiting for this chance so I am absolutely buzzing. I couldn’t be more ready.

“I have spent time boxing on small shows and now this fight will put me on Frank’s big TV shows. I am hoping it is going to be on the Josh Warrington-Carl Frampton card in December

“Fighting on small hall shows and being down the bill on bigger shows has been a great experience and done me good.”

Heffron, 26, has been a professional for eight years and is targeting world ranked Martin Murray if he gets past Welborn.

He added: “It is one step at a time and all about getting the right fights, but next year if all goes well against Welborn I’m looking at facing men like Martin Murray.

“I want to win the British title, make a defence and then move on to men like Martin.”

Heffron admits that he has often been accused of jumping trainers during his career, but insists he’s settled under Robert Rimmer.

He explained: “My manager Kevin Maree helped me out for the last couple of fights and now I am with Robert.

“I get plenty one-to-one time with him and he is always varying training away from the gym with different runs and swimming. There is something different every day.

“It looks like I have jumped from gym to gym, but I have been using different gyms when I haven’t had a fight date.

“I haven’t actually had lots of trainers like people think because I have been using different gyms when I haven’t had a fight.”