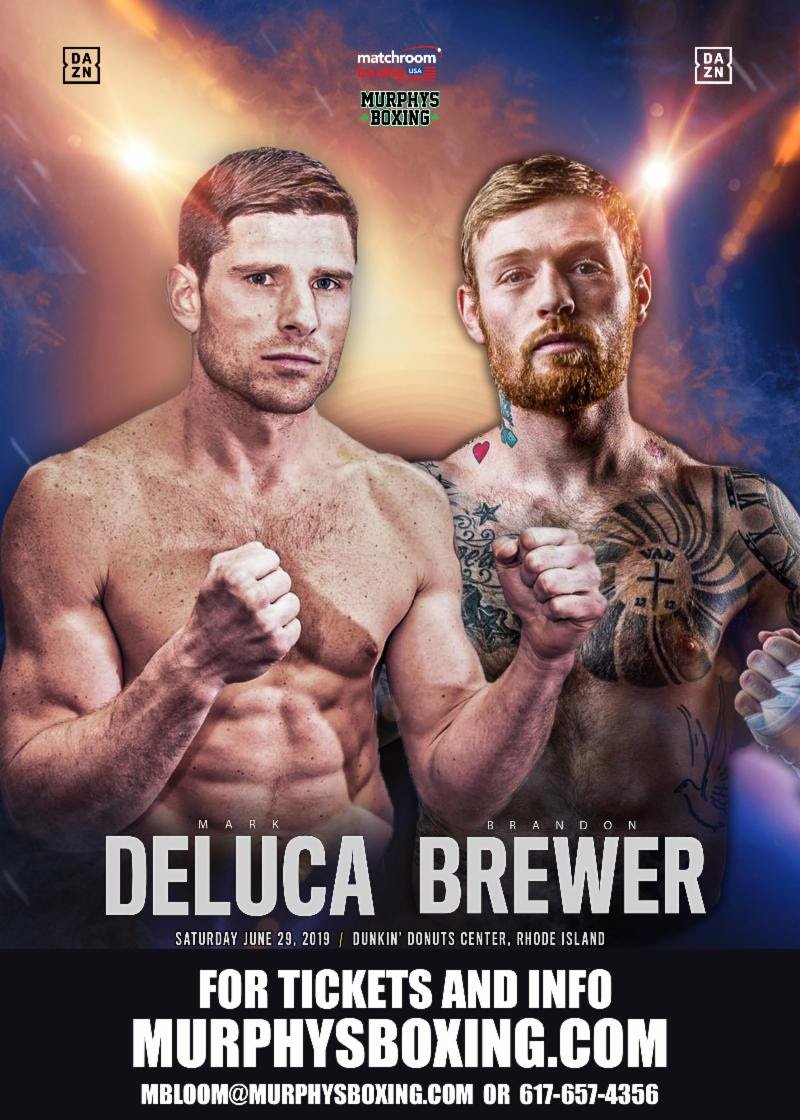 DeLuca, who is ranked #9 in the world by the WBA, is coming off a dominate unanimous decision victory over once beaten, Jimmy Williams this past March and is looking to make a statement against an undefeated opponent in order to secure a title elimination fight later this year.

“It’s on short notice but I don’t have any hesitation taking the fight.”, explains the former Marine who is one of New England’s most popular fighters.

“A good performance against an undefeated fighter of Brewer’s caliber on a DAZN televised card will hopefully be enough to land another Top 10 fighter in the ring for a title eliminator. My goal is to be the first world champion from the Boston area since John Ruiz and I feel like all the pieces are finally coming together.”

As for DeLuca’s massive Boston area fan base, the Whitman, Massachusetts native is confident they will be making the short trip down to Providence.

“It’s definitely a home game for me. Providence is only 45 minutes from my front door. I can guarantee you that Boston will be in the house.”

Deluca has earned this

“Mark deserves big opportunities likes this. Fighting an undefeated opponent on DAZN is a major step to a world title shot. We’re excited for boxing fans to find out what the city of Boston already knows, Mark DeLuca is one of the best super welterweights in the world.”

DeLuca vs. Brewer takes place as part of Andrade vs. Sulecki on Saturday, June 29th at the Dunkin’ Donuts Center (1 La Salle Square, Providence, RI, 02903). The event is promoted by Matchroom Boxing USA and will be broadcast worldwide on DAZN. Doors open at 5pm and tickets are on sale now by calling or texting 617-657-4356 or emailing mbloom@murphysboxing.com.