Tickets for the live event at State Farm Arena, promoted by Mayweather Promotions, GTD Promotions, and TGB Promotions, are on sale now and purchased at ticketmaster.com.

The 26-year-old Barrios will be looking for a signature victory on June 26 and will bring a 5 ½ inch height advantage into the matchup against Davis.

Since moving up to 140-pounds, Barrios is 9-0 with eight knockouts and scored multiple knockdowns in the only fight that went the distance, his title-winning performance over Batyr Akhmedov. The San Antonio native is buoyed by having renowned veteran trainer Virgil Hunter in his corner.

Here is what Barrios and Hunter had to say about training camp, Davis, and more:

“This is a huge opportunity for me. Gervonta Davis has a huge name in the sport and outside of it. This is the type of fight that can accelerate both of our names after June 26.

“I think Gervonta and his team might have bitten off more than they could chew with this fight. I’m not one to talk too much, but we’ll see how it plays out when we step into the ring on June 26.

“’Tank’ is going to be in there with a full-blown 140-pounder. He’s not going against someone past their prime or going up in weight. I’m a guy who goes out and gets stoppages. He’s facing someone just as dangerous as he is, but two weight classes higher than what he’s used to seeing.

“We know Gervonta is a dangerous fighter. We know the threat that we have in front of us. But I’m just as dangerous, if not more dangerous. I’ve been dangerous at 140 pounds for quite some time now.

“I have speed, power, and explosiveness, just like Gervonta. But I have the length and physical stature to present problems that he’s never faced before.

“I know that I have power that carries from round one through round 12. He’s not used to being at this weight, and we’re going to see how he handles that move up.

“I’m confident because I have a great team behind me. I’ve had a tremendous training camp. I go into every fight with confidence in my preparation. Just like every fight, I’m more than prepared for fight night.

“This is going to be fireworks from the opening bell. We have everything we need to make this the ‘Fight of the Year.’

“This is the moment that I’ve been dreaming of since I was a kid. It just goes to show that everything I’ve been working for my whole life is now unfolding in front of me. This is just the beginning, and I’m ready to seize this opportunity.”

“You always have to acknowledge ‘Tank’s punching power. You have to acknowledge his quickness and his IQ. His attributes appear to be very much real from what I’ve seen. There’s not anything about him that you cannot take seriously. You have to take everything about him seriously. He’s got a good corner and good people behind him, so that makes for a formidable opponent.

“Mario’s reach and height is an advantage if you know how to use it to your advantage. It could be an advantage or could be a disadvantage. The thing is that we’re going to find the avenues to take advantage of it and make it work for us. On the other hand, it could be a disadvantage. Height and reach have never meant much to me in boxing because there are ways to overcome each stature that a fighter possesses. It’s who imposes their strategy and who imposes their will on the other who I think is going to come out victorious. 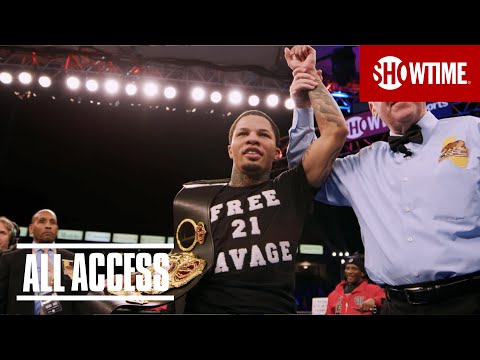 “The work ethic is there. Mario has a high ceiling that he hasn’t reached yet. He’s going towards that, but when he came here, he came with a high ceiling. A lot of fighters come, and they’ve reached their ceiling, so there’s only so much you can do with them.

But Mario has a lot of room for improvement and growth, and I would say the best Mario Barrios is coming to a couple of years from now. But that doesn’t mean that he won’t be victorious on June 26. He definitely has what it takes to be victorious.”