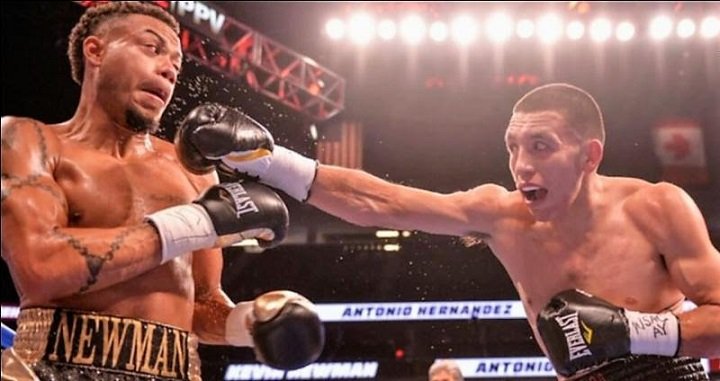 Middleweight prospect, Marcos “Madman” Hernandez (10-1, 2 KOs), makes his way back to the ring this Friday, December 15th, against Oscar Mora (7-4, 6 KOs). The 6-round bout will take place at the Pioneer Event Center in Lancaster, CA, on the Vargas vs. Herrera card.

Hernandez, who is coming off an impressive victory against previously unbeaten prospect, Kevin Newman II (7-1-1, 3 KOs), is wrapping up the final days of training camp with coach Henry Ramierz.

“I had a great training camp going into this fight.” said Marcos Hernandez. “I’m very grateful to be fighting one more time before the end of the 2017. Since my lone loss earlier this year, I’ve really stepped up my game in all aspects. Training with Henry Ramierz has been a big boost to my career. I’m going to be well prepared for anything Mora brings to the ring. The move to middleweight has been good and I’m feeling a lot stronger. Fans can expect me to throw a lot of punching in this fight. It’s time to shine.”

It was announced earlier today that Kenny Barr, Vice President (Scotland) of the British & Irish Boxing Authority (BIBA) and Scottish representative for the World Boxing Foundation (WBF) passed away yesterday.

Kenny, who was just 34 years old, leaves behind his beloved daughter Hayley.

“I am in total shock, I just cannot begin to describe the way I am feeling right now, I just cannot believe that BIBA Vice President (Scotland) Kenny Barr has passed away, it just makes no sense to me at all.

My sincere condolences to Kenny’s family and friends, my thoughts are with you at this time of immense sadness.

Kenny has been by my side since the inception of the British & Irish Boxing Authority and he was there by my side when we first began sanctioning events in the UK under the Malta Boxing Commission banner and I just cannot believe that he will not be by my side as we grow bigger and stronger over the coming years.

Kenny was the main man for BIBA in Scotland, it was his determination and passion for the sport that made us so successful in Scotland.

His passion for the fighters is undeniable, they were always first and foremost in his mind, helping them in any way he could. Helping them to achieve their dreams, that was his true passion.

The Board, of the British & Irish Boxing Authority, as a whole join Mr. Di Caro in sending their sincere condolences to Hayley for the loss of her father, as well as to Kenny’s family and many, many friends.