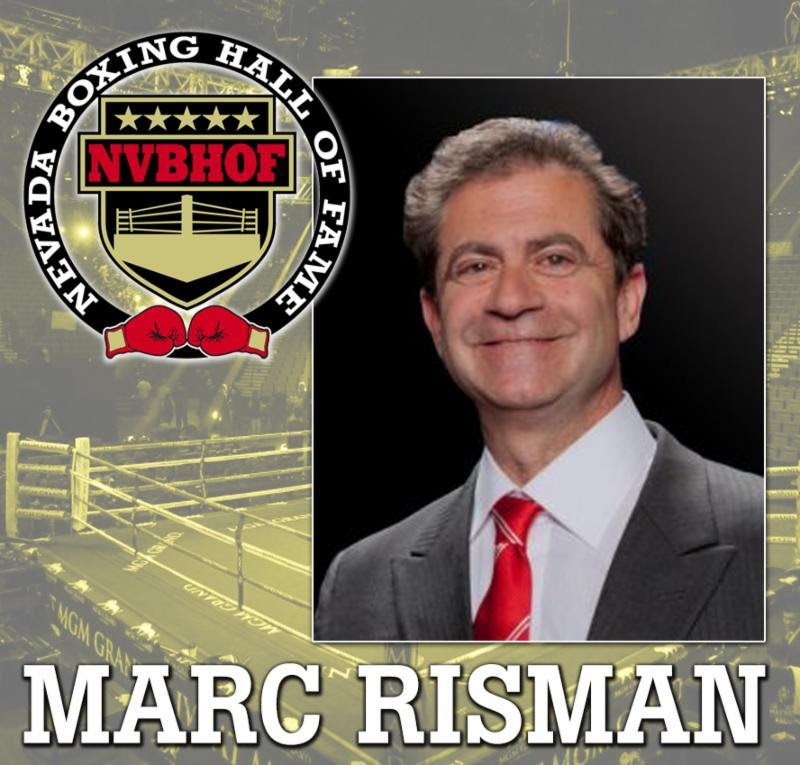 Risman and the others will be inducted into the Nevada Boxing Hall Fame at the seventh annual induction dinner Aug. 10 at the Red Rock Casino Resort Spa in Las Vegas.

Others already in the NVBHF for whom Risman has been the attorney include Alexis Arguello, Antonio Marco Barrera, Julio Cesar Chavez, Roberto Duran, Larry Holmes, Joe Louis, Kenny Adams, Eddie Futch, Don King, Freddie Roach, and Col. Bob Sheridan.
“I’m humbled and gratified to be elected to the Nevada Boxing Hall of Fame,” says Risman, a Cleveland native, but a resident of Las Vegas for more than 40 years and a practicing attorney.

“My proudest achievements in boxing has been to protect fighters in their legal and business dealings,” says Risman. “Hopefully, what I do helps level the playing field for the boxers outside the ring and creates fairness and opportunity for fighters, promoters, managers and trainers. To now be inducted amongst these legends is such a great honor. I truly enjoy helping boxers enhance their careers and assisting promotes, managers and trainers with the myriad legal and licensing challenges they face.”

Risman and trainer/manager Jimmy Montoya testified before the Congressional committee on boxing before Sen. Bill Richardson and the late Mickey Leland.

Risman got his first taste of boxing when he was a fifth-grader in Los Angeles. He was in the school cafeteria when a classmate used a racial slur at a new girl, who was the first African American to attend the school, on her first day. Risman fought the much larger classmate. As the personable Risman puts it, “It would be generous to say that it was a draw.”

What Risman did get was the grateful girl asking him if he would like to meet Joe Louis. The girl’s mother was the legal secretary for Martha Louis, wife of the historical boxing legend. “I think she invited me to meet Mr. Louis because she felt I needed somebody to teach me how to fight,” joked Risman.

Years later in Las Vegas, Joe and Martha Louis entered the offices of the law firm where Risman was just beginning his legal career. Martha remembered Risman and said she wanted him to be Joe’s and her exclusive attorney. Very quickly, Risman became immersed in the Las Vegas boxing scene.

﻿Before becoming an attorney, Risman covered boxing as a photographer and later as a reporter for a national radio syndicate, reporting on Muhammad Ali-Ken Norton I and II and Ali-Joe Bugner. This is how he became a friend of Ali and Howard Bingham, Ali’s best friend and long-time photographer.