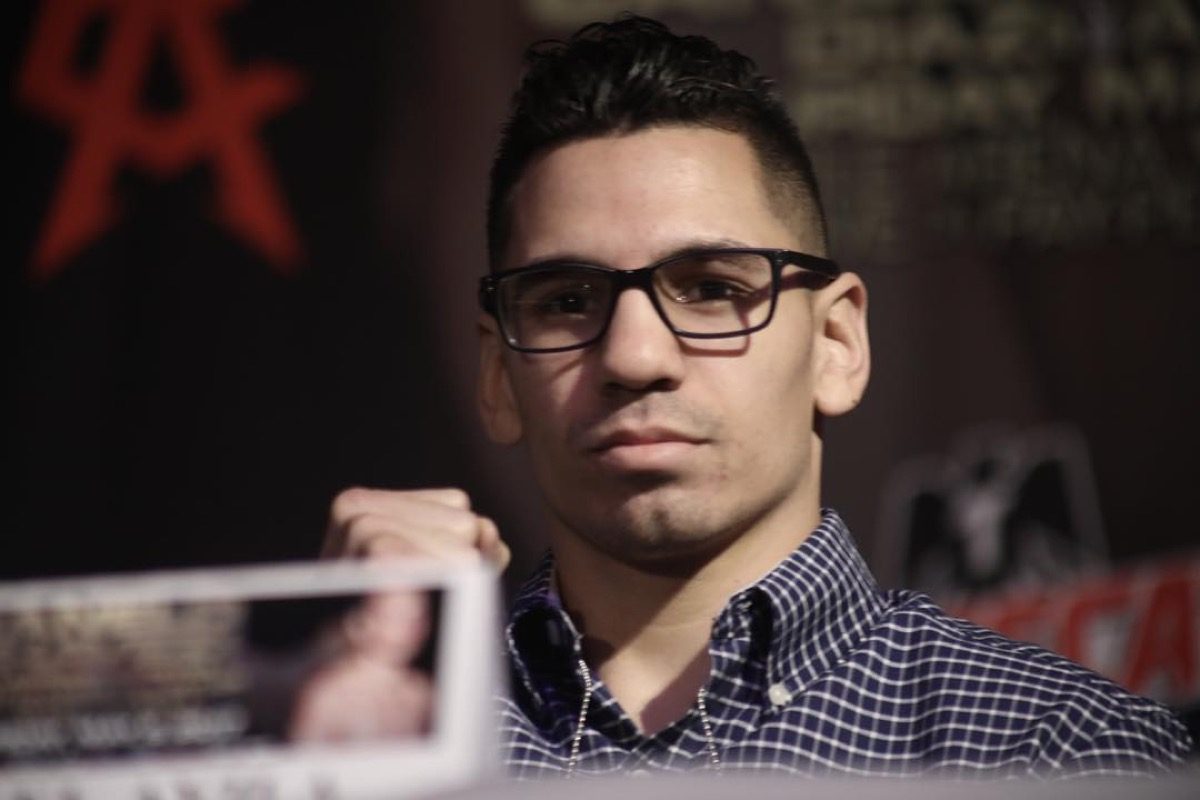 Avila will return after being sidelined for all of 2018 with an injury after a competitive bout against Diuhl Olguin in Maryland. Avila took the time off to properly heal, but never stopped training in the gym as he worked with his head coach Sean Sharkey at FightKore International in Martinez, California, driving an hour and a half round trip daily, just to train.

Avila, who holds wins over Ricky Lopez, Rene Alvarado, Yoandris Salinas and Erik Ruiz is looking to bounce back from his lone professional loss which came at the hands of Jospeh Diaz Jr in May of 2017 on the Canelo Alvarez versus Julio Cesar Chavez Jr. fight card in Las Vegas, Nevada which served as the pay-per-view opener.

Avila, who signed with Golden Boy Promotions at 18-years-old is currently 26-years-old and ready to make a statement in his career. The featherweight contender currently ranked #9 by the WBC is looking to get a world title shot soon and is ready for anyone in his division.

Avila’s opponent is no slouch though as Jose Santos Gonzalez has faced world champion Zolani Tete, blue-chip prospect Ruben Villa IV and recently lost a split decision to Manny Robles III. In short, Gonzalez is full of confidence and has been much more active than Avila in the past year.

Avila is also a spokesperson for the Feet First Foundation, a non-profit that focuses on using boxing techniques to help teenagers who are struggling with discomforts in life that are resulting in unsatisfactory behavior at school. Over the past year, Avila has not just grown in the gym, but outside as he has focused on being a role model in the community as well as Avila is more focused than ever to obtain a world title.

Below are some of his thoughts on this training camp:

How was training camp?

“It has been going great! I have been getting good rounds for the first time in a long time, training with no problems at all.”

What do you know about Jose Gonzalez, your opponent for your upcoming fight?

“I don’t know anything about him other than he is from Mexico.”

How is it be featured on the FIRST DAZN Thursday Night Boxing card presented by your promoter, Golden Boy Promotions?

“It is pretty cool to be featured on DAZN. I watch DAZN all the time. I wasn’t expecting to be on DAZN, I really wanted to fight, being on DAZN is a bonus.

What are the future fights you’d like to find yourself in? Are you targeting anyone specific?

“I was hoping to just get back in the ring. I know people have talked about wanting to see me fight Emilio Sanchez, and I’ll fight him, I don’t care if it is on television, I just need to fight”

How was this training camp been?

“This has been a great camp, lots of quality sparring with Andy Vences, Will Villa from Citrus Heights as well as MMA professional fighter Christian Sharkey. We also completed our Fightkore ‘state of the art’ track training which brought Tino’s conditioning to a new level.”

What do you know about the opponent, Jose Gonzalez?

“Jose Santos Gonzalez comes to fight – he’s tough with a good chin. We know he will be in shape and properly prepared. It is a good match for us. We are ready to go the distance, but don’t be surprised if we get the knockout.”

What does the future hold for “Tino” Avila?

“With Tino being ranked number nine by the WBC, I see a world title shot in the near future. My guess is early 2020. The featherweight division is heating up, but we are also exploring the idea of going down to 122 lbs. I think both Oscar de la Hoya and Robert Diaz of Golden Boy Promotions respect Tino and would love to see him fight for a world title.”

Can you explain the Feet First Foundation?

“I own Fightkore MMA & Boxing near San Francisco, Ca, and we have an exciting non-profit which is The Feet First Foundation. We have developed a program to reduce youth violence in schools. We’re proud to serve our community and Tino has been actively involved in helping with the program.”

Tickets for Gesta vs. Rodriguez are now on sale and are priced at $30, $40, $50, and $80, not including applicable service charges and taxes. Tickets will be available for purchase at www.goldenboytickets.com and the Golden Boy Facebook page.

Email
WhatsApp
Tweet
Share
Previous boxing news: Errol Spence Could Face Manny Pacquiao Or Shawn Porter Next
Next boxing news: Live Professional Boxing Returns to Cape Breton on May 18th for the “All or Nothing”
You are here: Home / Boxing Interviews / Manuel “Tino” Avila fights Thursday on DAZN in Hollywood, Ca
Follow @boxingnews24