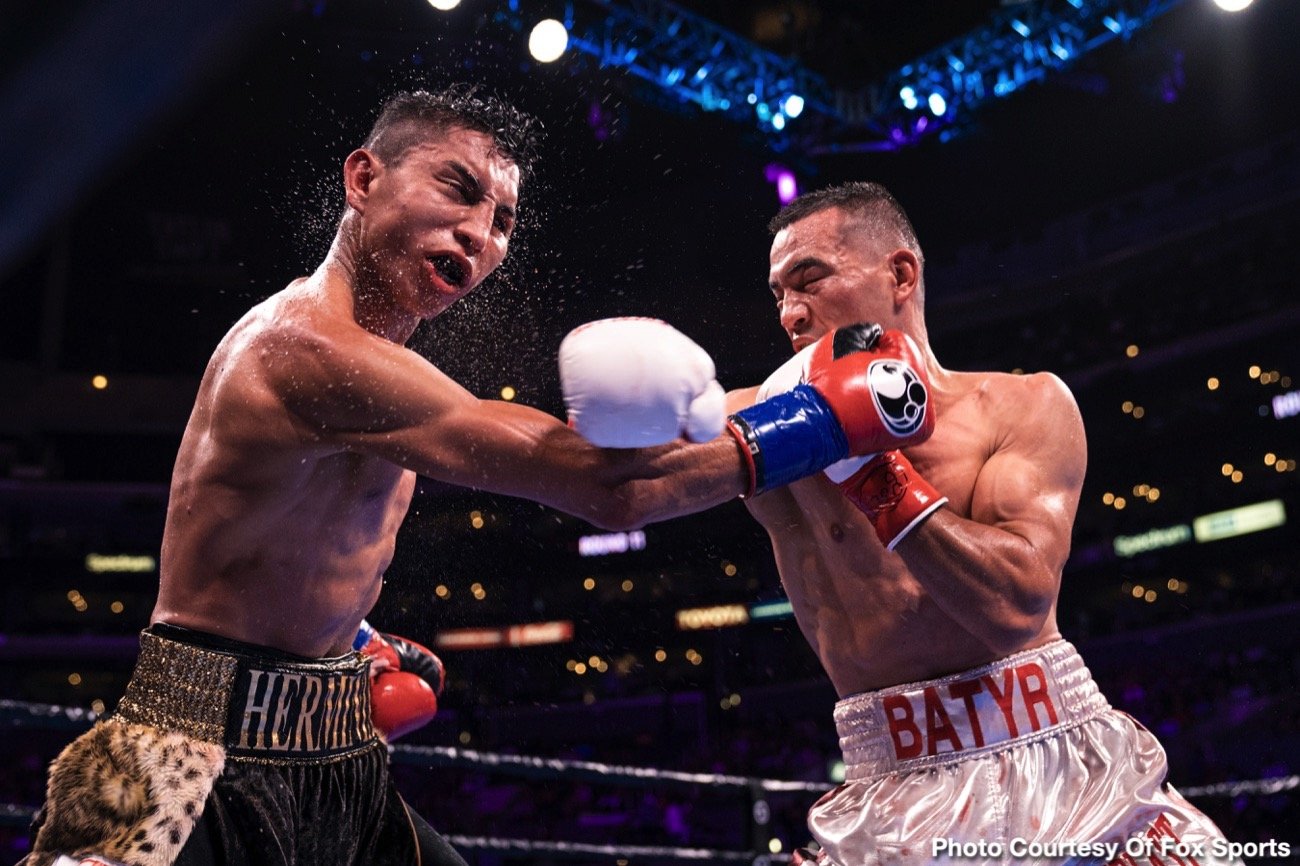 The World Boxing Association (WBA) has ordered an immediate rematch of the September 28th Junior Welterweight World Title fight between Batyr Akhmedov and Mario Barrios. The two sides now have thirty days for a free negotiating period before a purse bid is called.

The first fight, thoroughly dominated throughout by the 28-year-old Akhmedov, was controversially scored for Barrios by scores of 114-112, 116-111 and 115-111 which caused a massive uproar amongst the huge crowd at Staples Center and the ringside media all of whom scored the fight for the Uzbek. Fans also immediately took to social media in droves to voice their displeasure.

At the request of World of Boxing Promotions, the WBA conducted a review of the fight by independent judges and concluded an immediate rematch was in order. The first fight took place as part of the Fox Sports Pay-Per-View event headed by the 147lb. world title bout between Errol Spence Jr. and Shawn Porter.

“I’m very happy to have the support of my team and to have the WBA order the immediate rematch,” said the 2016 Olympian who represented Turkey. “I knew during the fight I was winning by a wide margin and was stunned when the fight was over at the announced scores. The rematch provides me the opportunity to fulfill my dream of becoming a world champion.” Akhemdov is trained by Joel Diaz in Indio, CA.

“We have always defended and will defend the positions of our boxers and welcome this decision by the WBA,” said Andrei Ryabinsky, who heads World of Boxing. “I want to emphasize that we have no complaints about Mario Barrios. He is a real fighter. I’m sure that the guys will please the audience with another great fight and let the strongest win.”

“It was very important for us to ensure that Batyr was given the opportunity to prove that he deserves the world championship title,” said Vadim Kornilov. “We look forward to this fight and we hope that justice will prevail this time.”

Immediately after the scores were announced for the WBA World Super Lightweight Title bout this past Saturday night between Batyr Akhmedov and Mario Barrios, a massive outpouring of boos from the huge Staples Center crowd combined with a blistering attack on the judges on social media from the press and fans occurred as the Uzbek star was robbed of victory by scores of 111-115 (Tim Cheatham), 111-116 (Jeremy Hayes) and 112-114 (Zachary Young). The bout took place on the Errol Spence Jr. vs. Shawn Porter Welterweight World Championship undercard and was telecast on Fox Sports PBC Pay-Per-View.

“I worked my whole life to become a world champion and when the opportunity came I clearly won the fight,” said the 28-year-old Akhmedov. “I dominated the fight from start to finish, re-watch the tape as I have and see how bad Barrios was hurt in every round. After the tenth round he wanted to quit he was so badly beaten. I don’t even think the judges watched the fight.”

Stated manager Vadim Kornilov, “This is the height of incompetence, these judges needed to be immediately held responsible to the full extent permitted. They stole the world title from Batyr. Look at the photos from the fight and after the fight, Barrios did not win that fight and his whole team didn’t even expect to get their hand raised. Barrios is suspended and cannot enter the ring for the next six months, how is he going to defend his championship? He cannot fight for medicals reasons due to injuries suffered in the fight and Batyr could fight next month if the opportunity was given.”

“I am very positive that if Batyr lost a fight in a similar fashion, he would have given the belt over to the other guy, or would have been the one to request a rematch as he would not want to be a champion when millions all over the world saw that he did not win this fight and did not deserve the belt. We hope that Barrios being a real warrior that showed a lot of character and survived a very, very tough fight will support the rematch which I am sure the whole world will want to see.”

Continued Kornilov, “The rounds were easy to score, you saw who did the damage, and they got a number of critical rounds wrong. There were not that many close rounds and any other professional judge will confirm this, it’s on them now, they have to live with what they did for the rest of their lives. Batyr will just go on towards his dream of becoming a world champion, what they did here is just an obstacle to his goal.”

“We will go ahead with filing an appeal with the World Boxing Association and requesting an immediate rematch. Batyr did what we expected he would do since this fight was ordered a year ago by the WBA for the mandatory position. If Batyr was getting beat up as bad as Barrios and had such a significant injury which looked like a cheekbone fracture which can cause damage to the eye socket, the fight would have been stopped.”

“Everything was done to help this kid get the victory that he did not deserve. We greatly appreciate all the fans, which unlike the judges, don’t care who the A or B side is and where each fighter is from, the arena knew who won the fight and so did most of the experts all over the world that wrote about this fight on social media, and they unanimously put justice ahead of nationality and other aspects.” 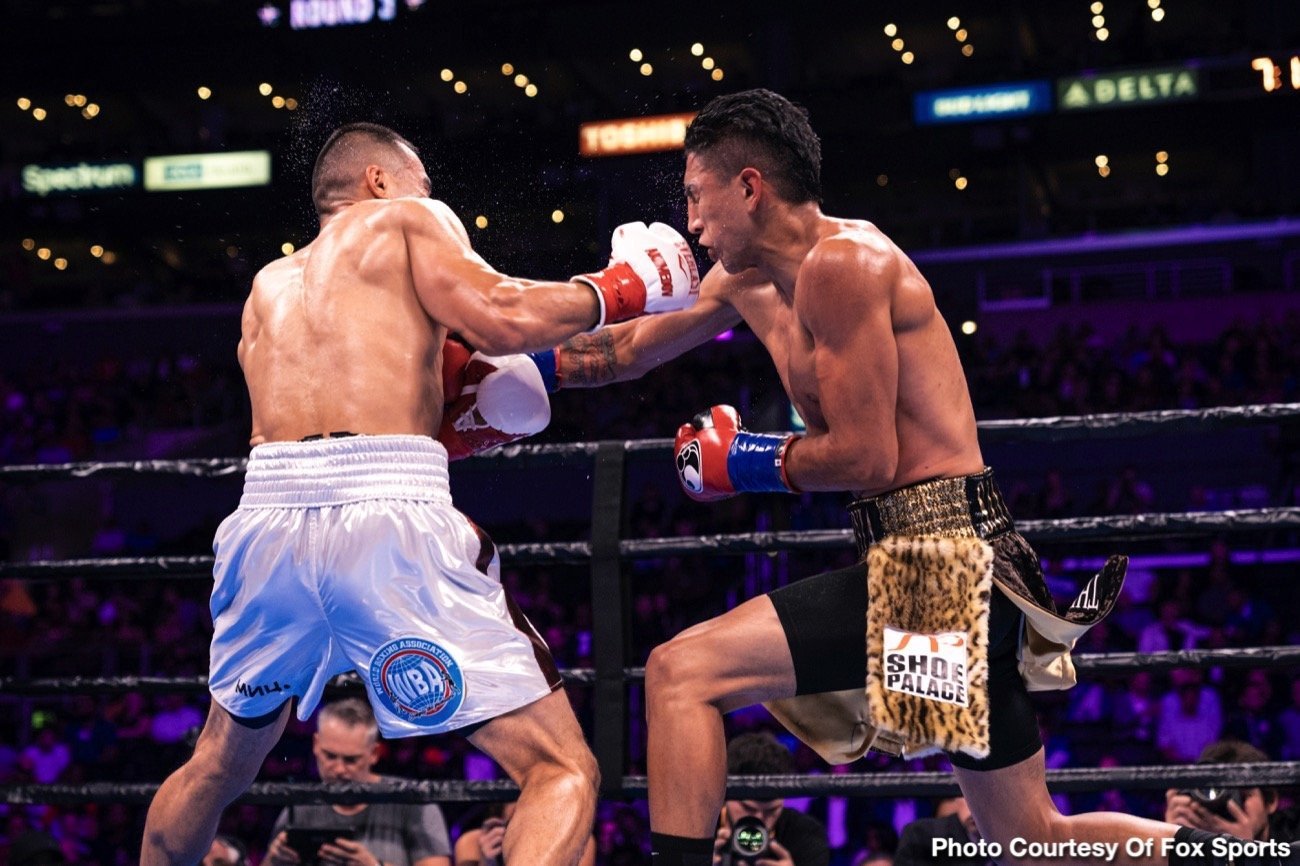