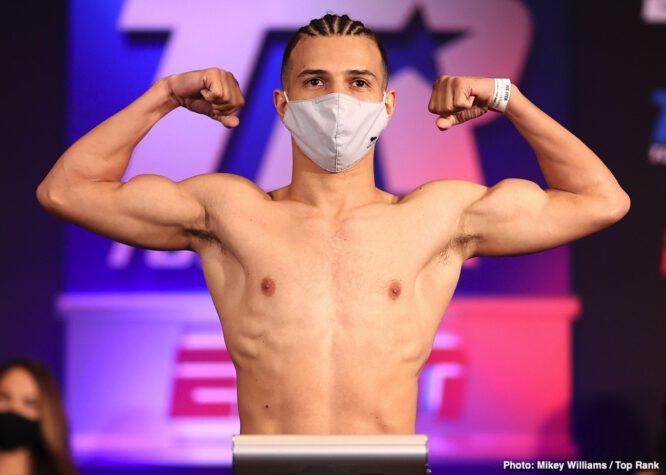 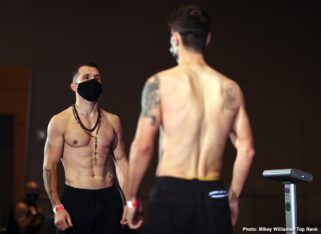 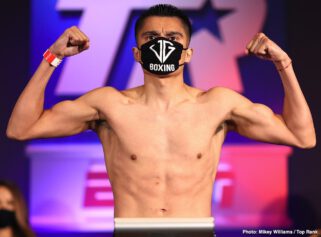 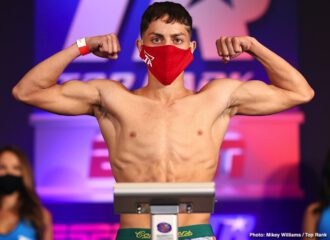 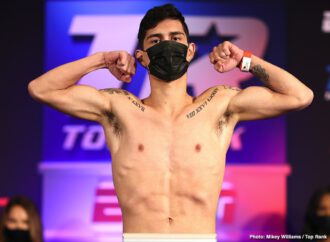 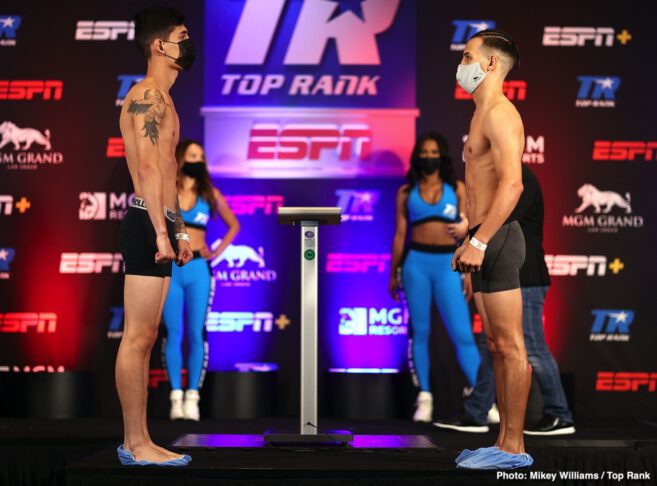 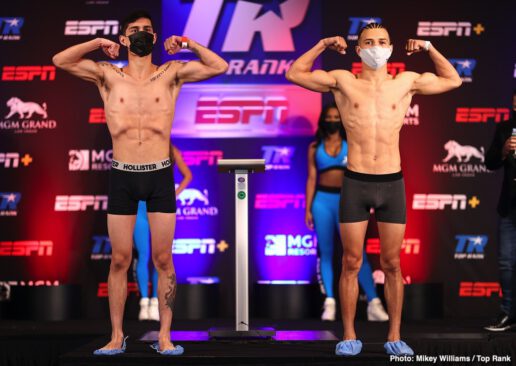 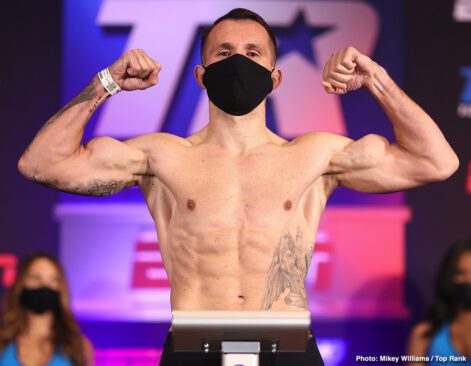 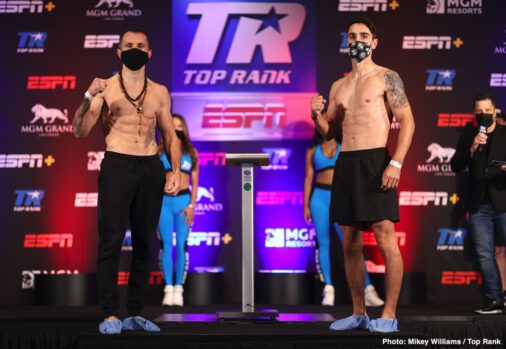 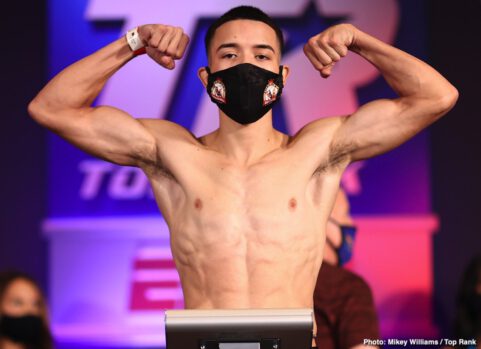 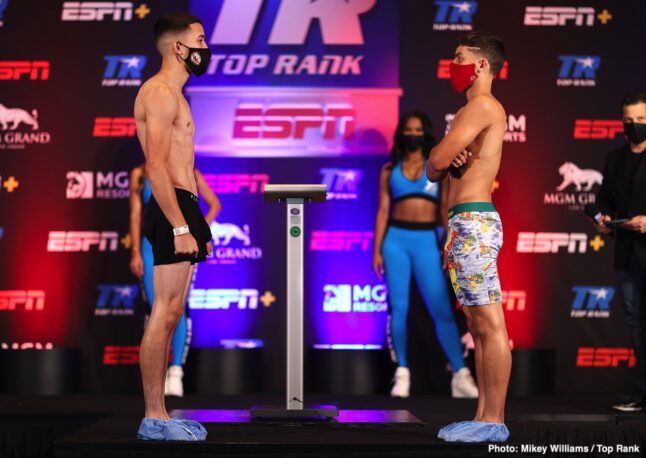 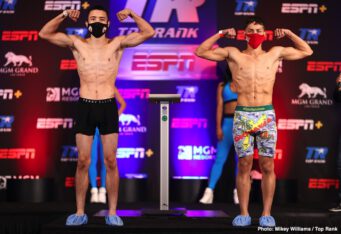 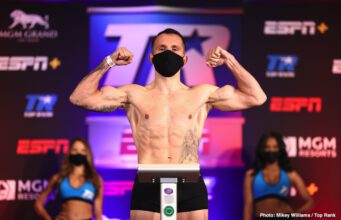 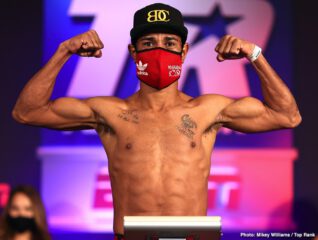 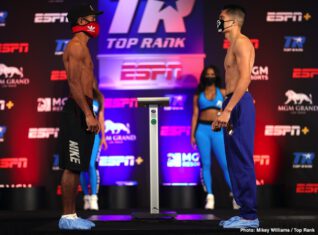 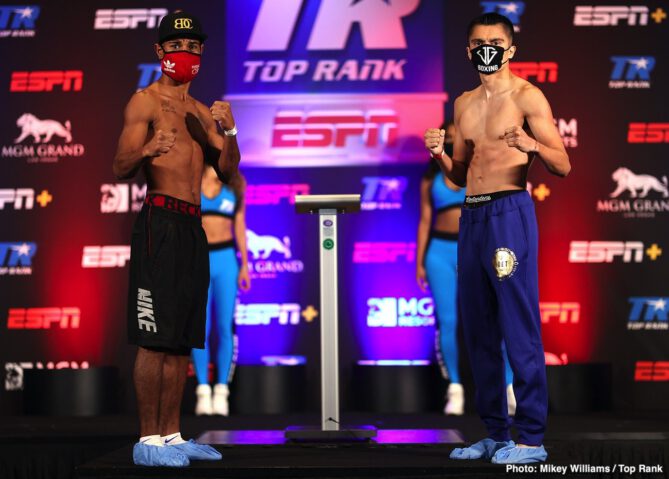 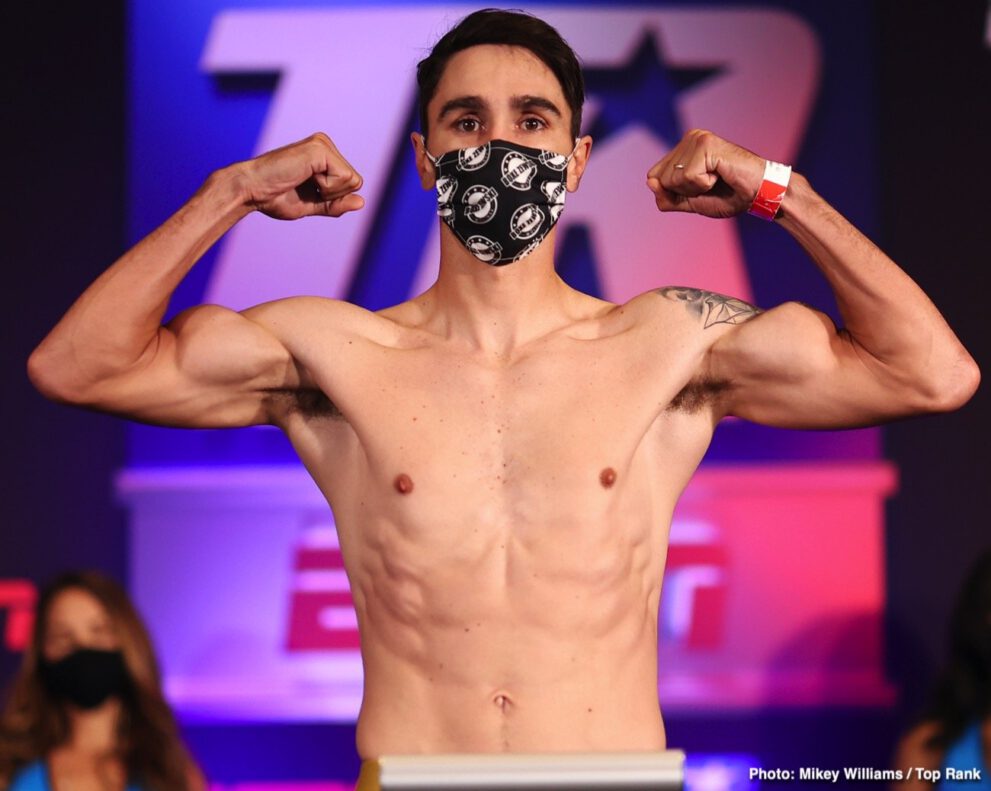 In the 10-round welterweight main event, the man known as “Mean Machine,” Egidijus Kavaliauskas, will take on Canadian contender Mikael Zewski in his first bout since challenging Terence Crawford for the WBO world title last December.

Here is some of what they had to say to the media.

“I want to face the best opponents at welterweight. My goal is to become mandatory and fight for another world title. I would like to fight the top names at 147.”

“Zewski is also a pressure fighter like me. I think we have similar styles, and I really believe we will make a very entertaining fight on Saturday. I know the fireworks will begin in the very first round. This will be an action fight!”

“If I get the opportunity to fight Crawford, I would do it all over again. I want to face him again. I know he is beatable. Everyone is. I liked how the fight started, but not how it ended. I lost focus in the middle of the fight. At the end of the day, that fight gave me more confidence. I was definitely in the fight. It made me a better fighter. I corrected the mistakes I did make, and now I’m coming stronger.”

“I would love to fight the top guy in the division. That’s Terence Crawford, but I’m not really thinking about that right now. The guy that I have to beat right now is Kavaliauskas, and I have my total focus on him. I’m not looking at the future. Mean Machine is the present, and I’m going to beat him. This will be a great fight. This is a fight that could get ugly, and it could be a war, for sure.”

“I’ve been here before. I feel like I’m home. There is no added pressure. Kavaliauskas is the perfect opponent for me right now. He is the kind of top fighter that will give me the challenge that I want. He is a great fighter and did a great job against Crawford. I want to show everyone that I’m at that level. I have a lot to win. I’m here to get the respect I know I deserve.”

“I have had the opportunity to fight for a world title three times, and I have not been able to be crowned as champion, but we hope that this time around, I can finally conquer a world title. I’m hungry! I really want it. On Saturday night, Joet Gonzalez will face a very strong Miguel Marriaga. I have a great hunger for triumph. The motivation has always been there. I will not rest until I am champion. We will give everything on Saturday to get a big win for Colombian boxing.”

“It would be great to face the winner of the vacant WBO title fight between {Emanuel} Navarrete and {Ruben} Villa, but if that doesn’t happen, I’m ready to face any of the champions in the division.”

“I told my team that after the world title loss against Shakur, I wanted to get right back in and face the best and biggest names in the division.”

“I want to show everyone that I’m a real contender and a top guy in the division. That’s why I took this challenge against Marriaga. He is one of the best, and I want to show that I’m a real fighter. I want to fight the biggest names possible. I would like to face the winner of Navarrete and Villa. I know I can compete with all these top guys at 126.”