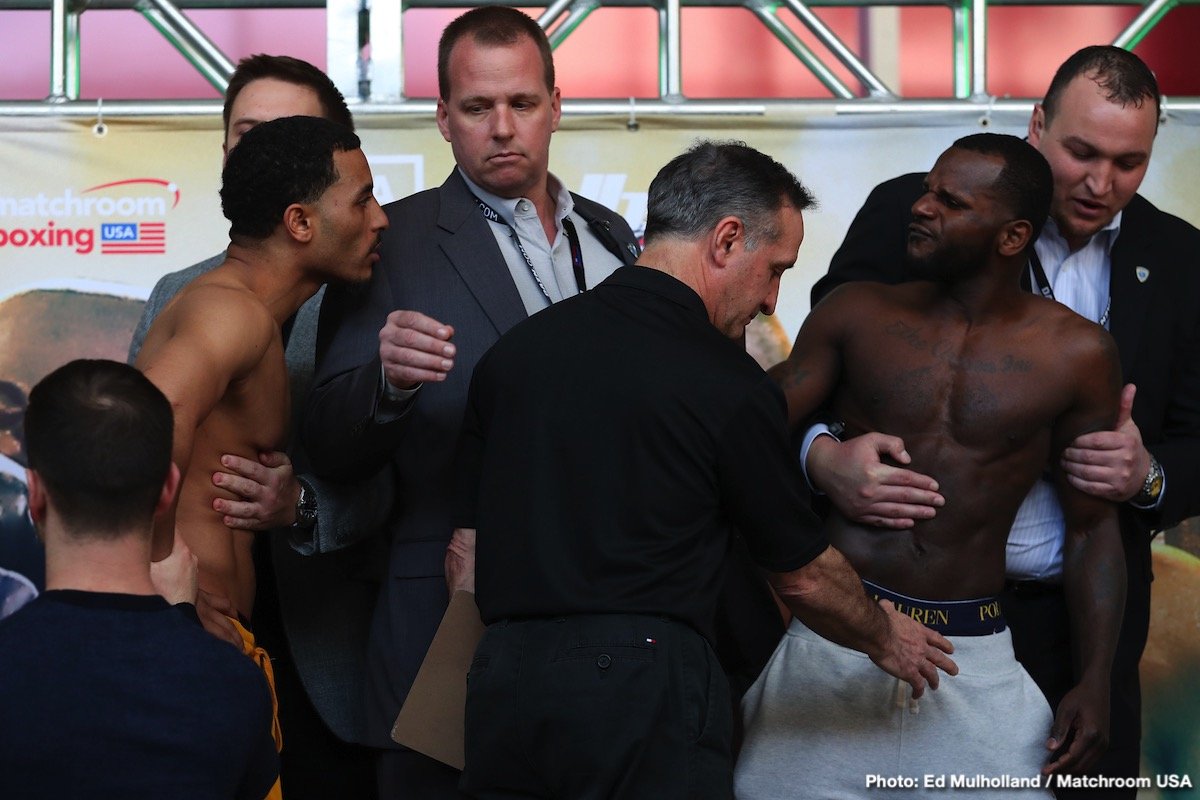 Story by John DiSanto – PhillyBoxingHistory.com – Philly fight fans are buzzing about the world title bout between local IBF champ Tevin Farmer and Irish import Jono Carroll, scheduled for Friday night (March 15) at the Liacouras Center, promoted by Matchroom Boxing. It’s been 16 years since a reigning world champion from Philly defended his crown before a hometown audience (Bernard Hopkins was the last in 2003). So, all the focus on Farmer is understandable. However perhaps lost in this hoopla, is an even more delectable match up on the undercard that pits two local lightweights in what looks to be the show’s fight of the night.

A couple of hours before Tevin Farmer enters the ring, South Philly’s Hammerin’ Hank Lundy, 29-7-1, 14 KOs, and North Philly’s Avery Sparrow, 9-1, 3 KOs, 1 NC, square off in a 10-rounder that has the makings of a Philly classic.

The Lundy-Sparrow fight will be at 6pm and will not be part of the DAZN telecast.

Lundy, brash and outspoken, is the veteran, a former world title challenger, and holder of several regional title belts. He’s been around the world and back, and has excelled most of the way, only faltering against the very top level of competition. The coolly confident Sparrow, a relative upstart, is only eleven bouts into his pro career. However, Avery has staged a remarkable rise over the past two years or so, surprising everyone with his victories over more experienced and more highly touted foes. His roll was slightly slowed last year when he failed a drug test and was sidelined for a spell, but he returns next Friday – against his toughest opponent to date.

Scramble these two stories together, along with the contentious build-up between the two, and you have yourself an old-fashioned, all-Philly showdown steeped in the tradition that has made our city such an important boxing hub.

Lundy-Sparrow is a fight that fits snugly on the list of other Philly vs. Philly pairings. This fight may not have the status of Giardello-Benton or Montgomery-Mouzon, but it could easily stand on its own as an anticipated main event. Think Derek Ennis vs. Gabriel Rosado, Sammy Goss vs. Augie Pantellas, or any coupling at the Spectrum between the local rising middleweights of the 1970s, and you’re right on the money.

Now the nay-sayers will take the opportunity to proclaim that this battle between two Philly fighters is an insult to a coveted principle that suggests, “No two Philly fighters should meet for fear that one will eliminate the viability of the other”. This relatively new philosophy is beautifully humane, but does not come close to resembling the foundation on which Philly boxing was built.

If you adhere to this theory, you cannot claim to be a true fan of Philly boxing, and vice versa. This is what the sport is all about – the best fighting the best, regardless of geography – and the confidence to just work it out in the ring.

If either guy can’t succeed in their mission, then they do not earn the right to move on to their respective goal. Boxing is a cruel, unfeeling sport. It demands more than any other, and insists that the fighters prove themselves, no matter where they are from.

Whether Lundy fails on March 15, or if it is Sparrow that falls short, the other will move on, a step closer to their goal. But the fighter that suffers a set-back is not necessarily finished for good. In boxing, you can always rebound. Lundy has done it, and so has Sparrow. 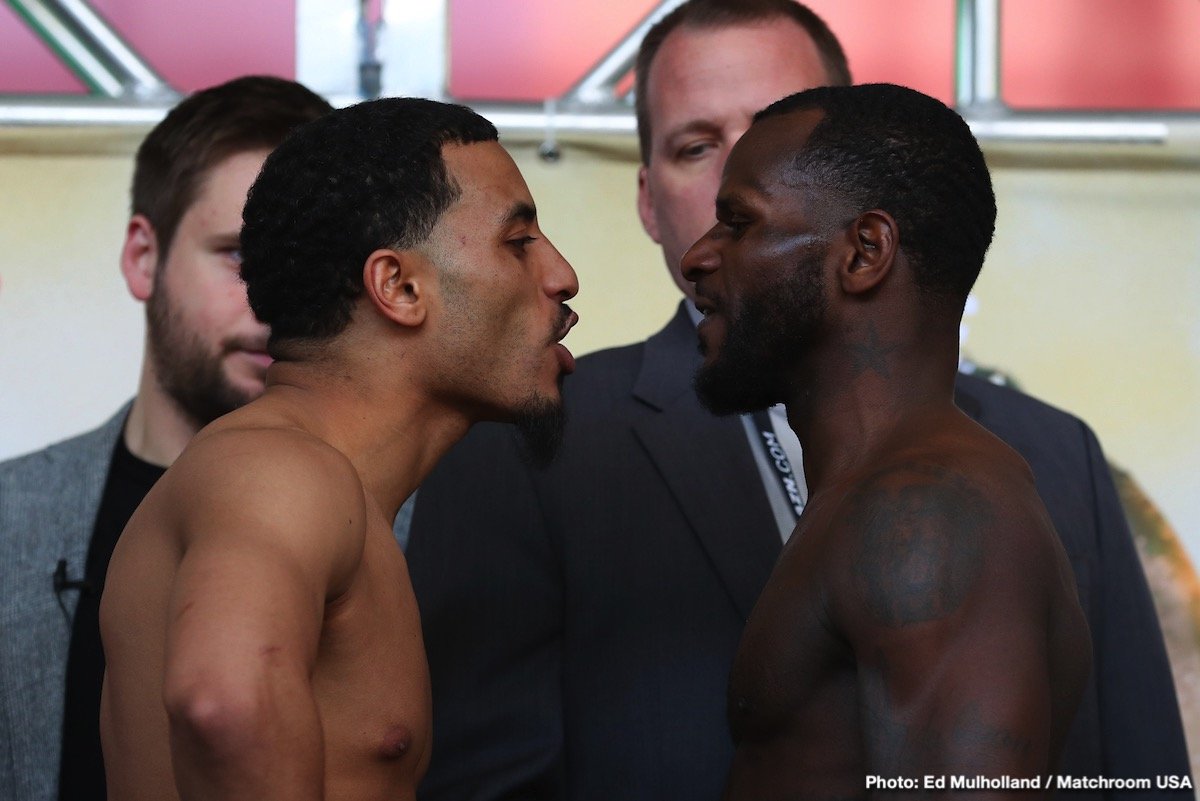 In boxing today, too much emphasis is placed on pretty records that only suggest that a fighter is unbeatable. Valuable experience sometimes results in a smudge on the boxer’s resume. Conversely, easy fights that build up a record, but do little to develop the fighter, offer no such value. The reality behind the records tells the actual story. In the end, that smudge can truly make a fighter better than he was before, and even prepare him for bigger fights in the future. A win against a fellow Philly fighter means a lot, and so does a defeat, but timing also plays an important role.

Lundy and Sparrow deserve respect for agreeing to face each other. They understand the philosophy of being a Philly fighter. They know that they need each other to prove themselves. Philly fighters of the past understood this and created memorable nights of boxing. The stakes were just too high for anything else.

In boxing, it’s all about what you do with an opportunity – regardless of geography – and on March 15, Lundy and Sparrow will figure it out for themselves in the ring. One thing is certain, this is a fight not to be missed. That’s usually the case when Philly vs. Philly.

Farmer vs. Carroll, Lundy vs. Sparrow, and other terrific fights will be streamed live on DAZN. 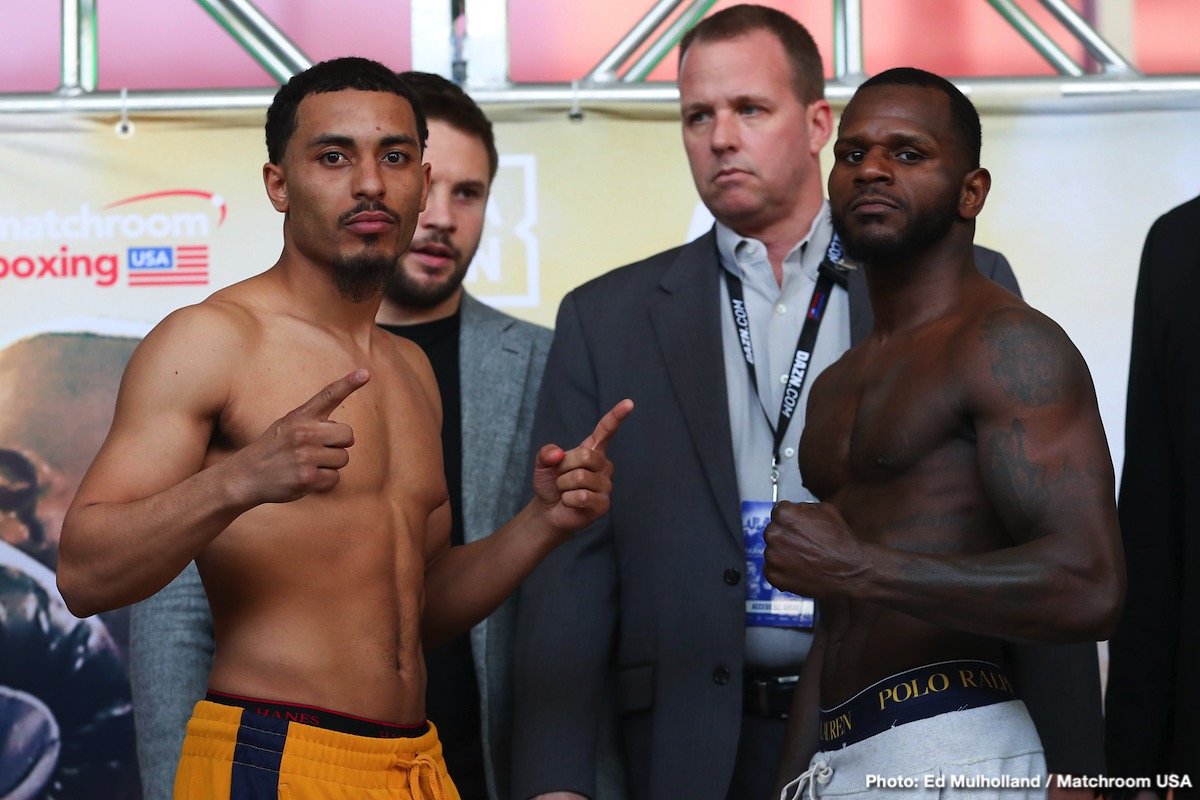 To read more about the Philly fight scene – past and present – visit PhillyBoxingHistory.com.