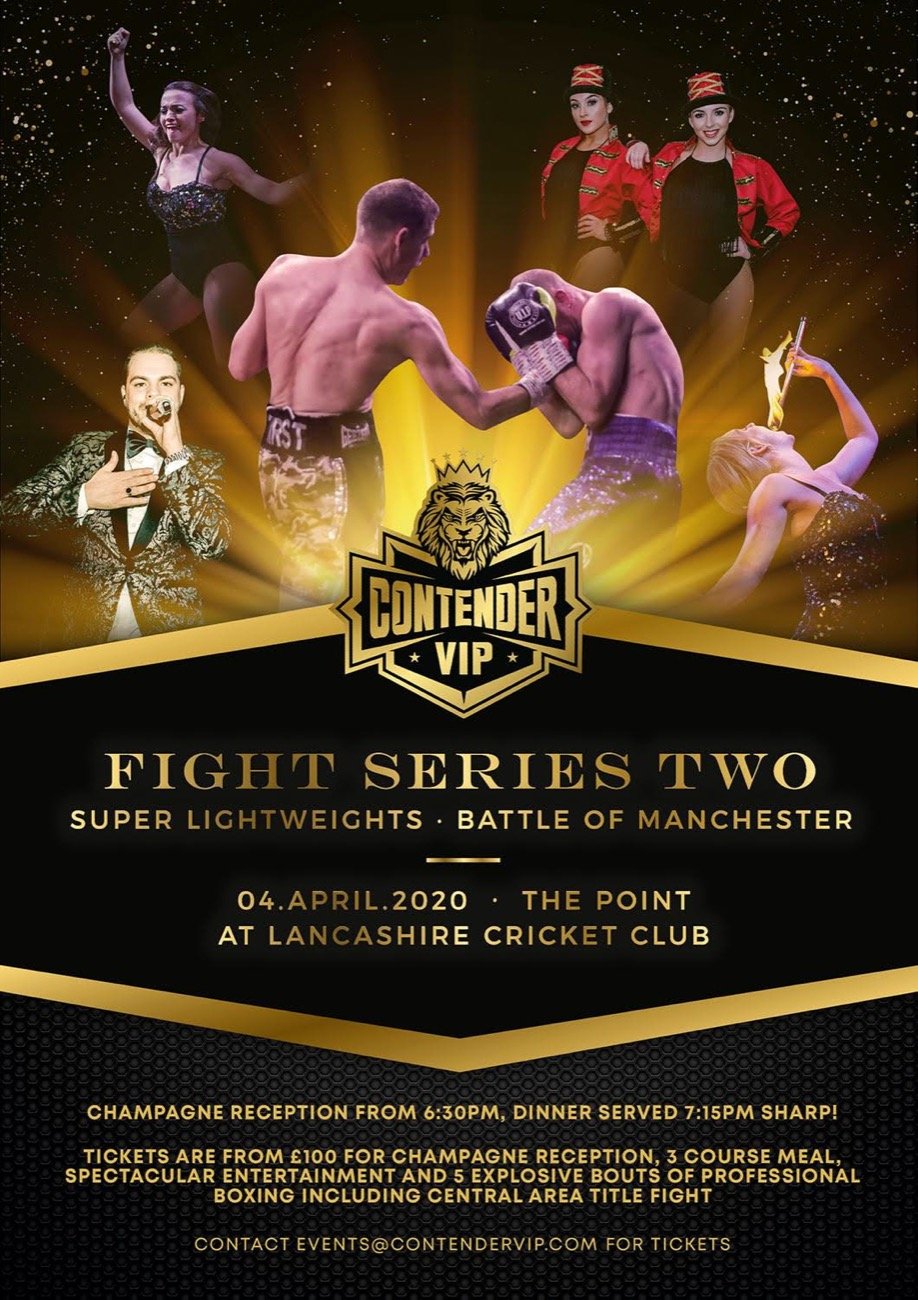 Contender VIP Promotions have announced that Luke Evans, Dan Booth, Andrew Fleming, and Liam O’Reilly will be the participants in the third Contender VIP Tournament, ‘Battle of Manchester’ which will see the winner take home a whopping prize of 10 thousand pounds.

Contender VIP has already showcased two exciting tournaments in the middleweight and light heavyweight division, with Diego Costa and Boris Creighton putting on a small hall classic in December of 2019, with Costa emerging victoriously in the 175-pound tournament.

The super lightweight installment which heads to ‘The Point’ at Lancashire Cricket Club on April 4, Manchester, features four fighters than are all from the Greater Manchester Area.

Promoter Mike Le-Gallez, the driving force behind the fast-rising North West based promotion opened up about the next installment of the knockout format tournament.

Le-Gallez said, “I’m absolutely delighted with the line up for the next Contender VIP tournament which we are calling The Battle of Manchester, as that is basically what it is. It’s going to be 2 solid battles between 4 hungry fighters on April 4.

“All the fighters have great backing and great teams behind them so they will all be coming into the contest fully prepared to make a statement of their own and of course take home the 10 thousand pound prize fund.

“Contender VIP was set up to create opportunities and produce future stars and that’s what this tournament I believe will find, a future star. All the boys in the tournament have star quality and I believe it’s a pick-em’ tournament.”

Le-Gallez continued, opening up on the April 4promotion as a whole.

“I believe that Contender VIP Promotions offers the full package when it comes to a nights entertainment. I’m delighted with the growth of the promotion so far and very grateful to all of those who put in the work behind the scenes. The future is bright!”