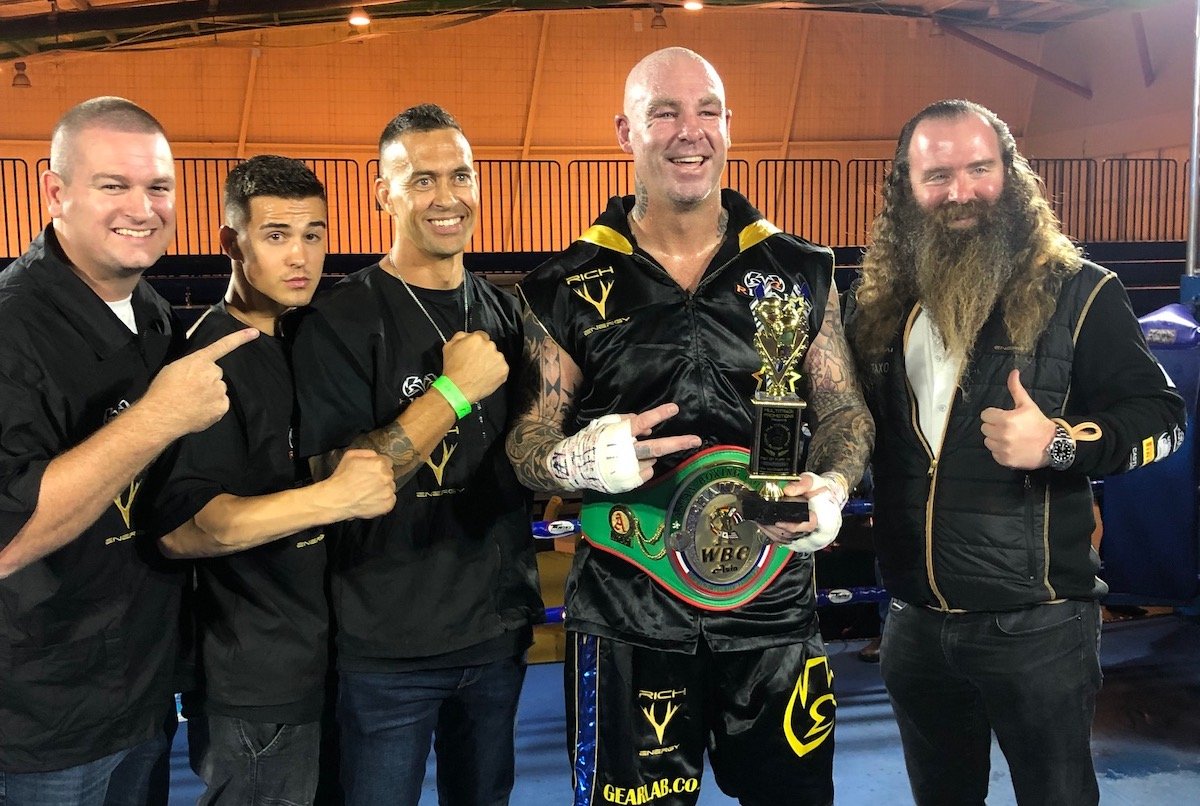 “I’m happy with how the fight went. He had a lot of support here and the atmosphere was tremendous,” Browne said. “I knew when I caught him with that uppercut he wasn’t getting up. I’ve really enjoyed my time in New Zealand and I’m hoping to come back here.” When asked about future opponents he replied: “There’s been lots of talk about Adam Kownacki and that is a fight I would love. Joe Parker has been mentioned too as has Charles Martin. We will see what happens in 2019”.

The two will go head to head in Auckland with Pati, the cousin of former contender David Tua, weighing in at 109.7kg / 241.8lbs.

“I’ve had a tremendous training camp for this fight. We went to Thailand and I got absolutely punished. I’m not underestimating Junior Pati one bit,” said Browne.

“I’m really happy with my weight and after the Dillian Whyte fight I knew I had to make some serious changes. I came in lighter for my last fight and lighter again today.”

It will be the first time the 6’5 Aussie KO artist has boxed in New Zealand, with many thinking it is a prelude to facing former WBO champion Joe Parker later in 2019. Browne last fought on September 28 when he obliterated Julius Long inside of three rounds, bringing his record to 26-1 (23 KO). His sole defeat was to Dillian Whyte in London in March of this year. Browne appeared in much better shape for his latest bout and will look to continue this heading into the fight with Pati.

“I’m trying to get some momentum going again after the Whyte fight. I’ve made some adjustments to my diet and training and my weight is coming down drastically. I will be going to Thailand for a training camp for this bout and despite Pati having a modest record, I’m going to be there to take his head off. I’m not taking him lightly,” said the former champion.

“We are excited to heading to New Zealand for this fight and Lucas intends to get the job done in emphatic style,” stated Browne’s manager, Matt Clark. “There’s been plenty of talk about facing Adam Kownacki, David Allen and those kind of guys in 2019, but first he needs to get past Pati”.

“I’m really looking forward to a big 2019,” continued Browne. “It is great to be fighting twice in the space of a couple of months, I haven’t done that for years. I can’t wait to fight in front of the Auckland fans, they’re in for a treat”.