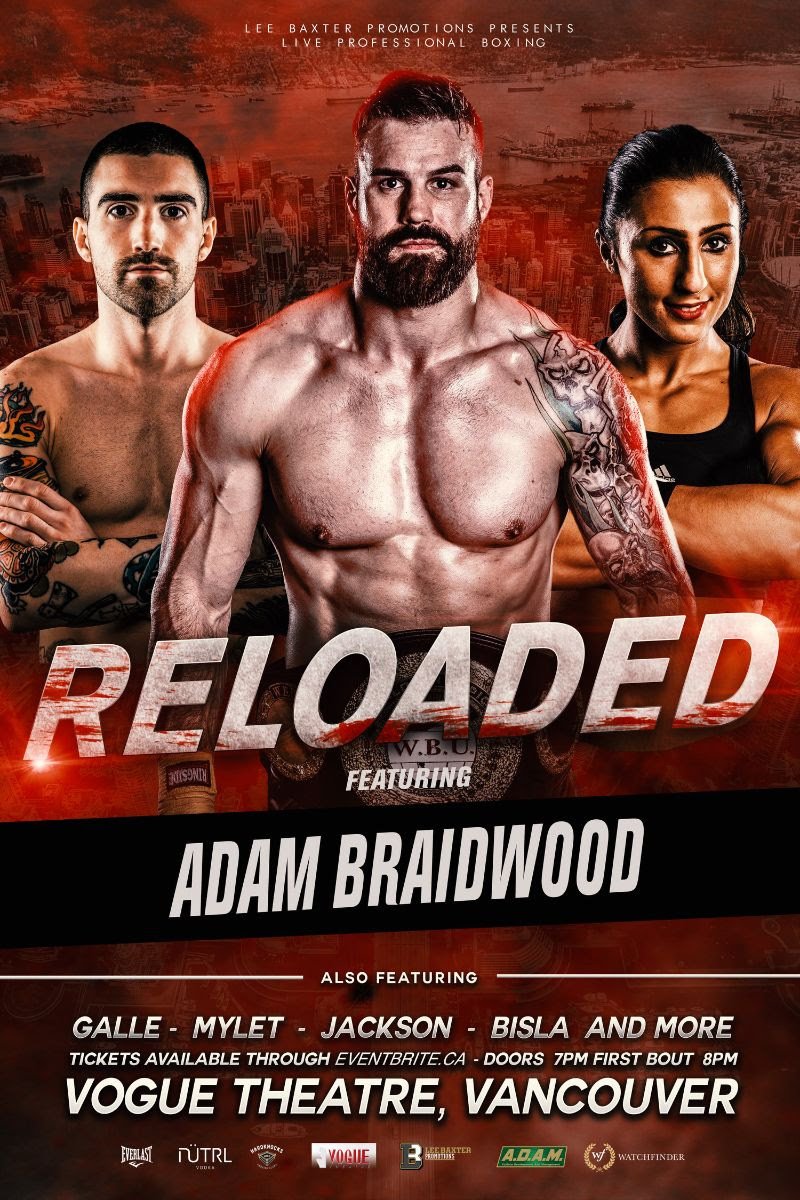 With boxing returning to Vancouver for the first time in over seven years on May 11, it’s only fitting that the card be a celebration of B.C.’s flourishing fighting talent.

In addition to the main event featuring Victoria’s heavyweight contender Adam Braidwood, three of the Vancouver region’s top prospects will light up the undercard of RELOADED, live professional boxing presented by Lee Baxter Promotions at the Vogue Theatre.

In light heavyweight action, Surrey’s Buneet Bisla will make his pro debut, as he takes on Francisco Lagunes of Mexico. Bisla was B.C.’s provincial light heavyweight champion as an amateur, and comes from a family of fighters–in fact, his family runs Bisla Martial Arts in Surrey.

“The Bisla family is a big part of the boxing community in British Columbia, and they are pillars of the Indian-Canadian community as well. We expect a great amount of support from the Indian community locally,” said promoter Lee Baxter.

The night will also feature lightweight Lev Jackson, who will be making his pro debut as well. Jackson was an amateur standout, picking up an amateur WBC Canadian title. When he’s not fighting in the ring, he is fighting a bigger battle: Crohn’s Disease. In addition to boxing, he is also a respected boxing writer, having covered the sport for major newspapers and industry websites.

But the night will feature talent from across Canada as well. The night will also feature undefeated super bantamweight Ross Mylet, who will be boxing for the first time outside of Ontario. In terms of fighting outside of his home province however, Mylet is no stranger. The 28-year old is a former North American kickboxing champion, representing Canada for many years. Mylet remains closely connecting with the kickboxing and combat sports community across the country, and is eager to show his skills in British Columbia once again.

In addition, Canadian national amateur champion Amanda Galle will be making her second professional appearance after thrilling a Toronto crowd in her debut with a dominant win over Perla Rojas.

“Both Ross and Amanda have had a ton of international experience, they’ve won tournaments all over the world. We can’t wait to show their skills as professionals to a new Canadian audience this weekend,” said Baxter. “When it comes to Amanda, the women’s boxing scene is hitting heights we’ve never seen before. We truly believe it won’t be long before she’s contending for a world title.”

Tickets are still available, and start at just $48.50. Doors will open at 7 PM, with the first bell sounding at 8 PM.