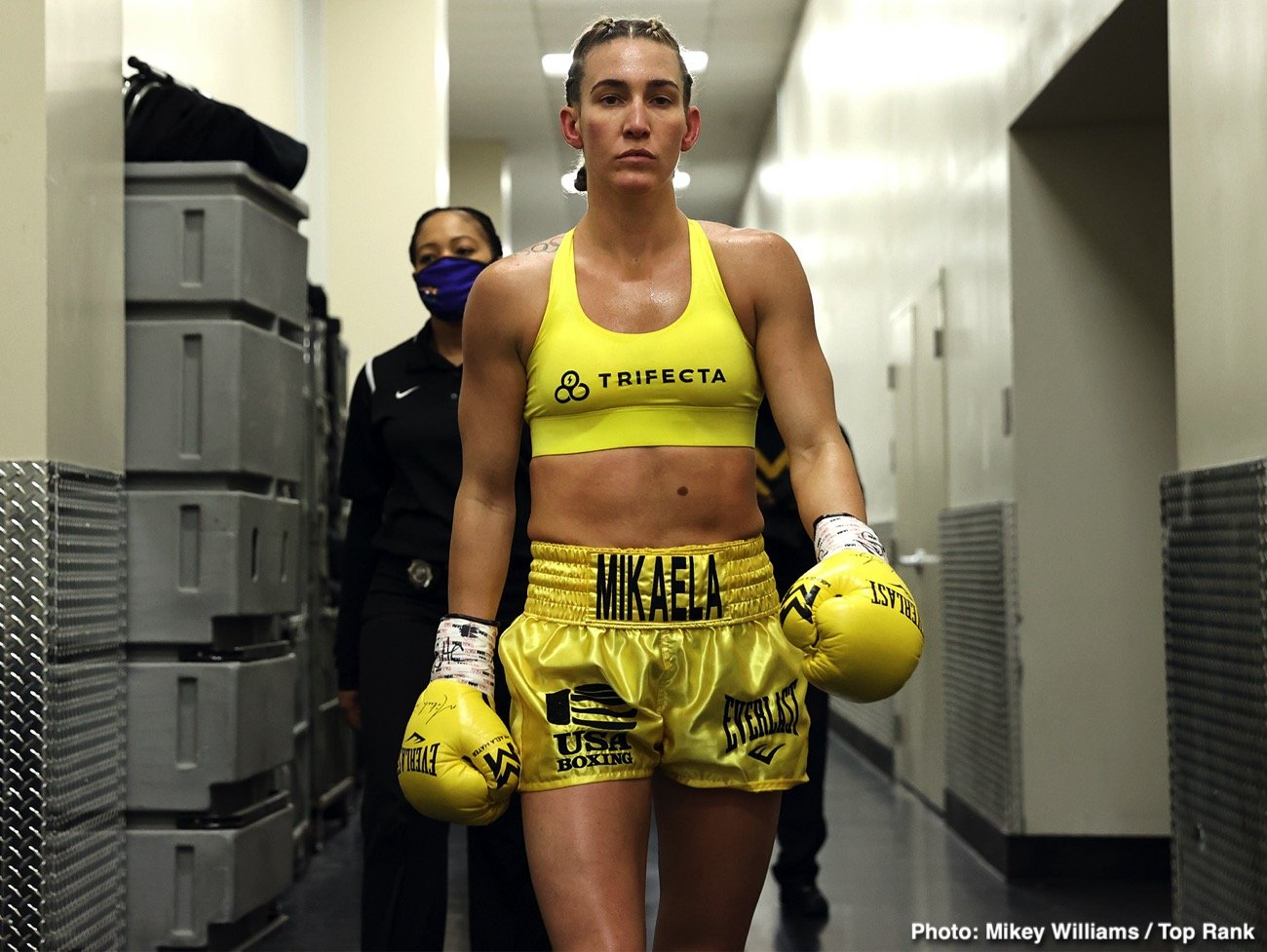 Fight fans outside the US and UK can watch the fight on FITETV:

In the co-feature, San Diego’s Giovani Santillan joins the homecoming festivities in a 10-round welterweight battle versus rugged Colombian Jeovanis Barraza.

Mayer-Han and Santillan-Barraza will air live on ESPN and ESPN Deportes (simulcast on ESPN+) at 10 p.m. ET/7 p.m. PT.

Undercard action will stream live and exclusively on ESPN+ and is scheduled to include WBC No. 2/WBO No. 3/IBF No. 10 bantamweight contender Jason Moloney (22-2, 18 KOs) in a 10-rounder, former world champion Andrew “The Monster” Moloney (22-2, 14 KOs) in an eight-round junior bantamweight tilt, and IBF No. 1 featherweight contender Luis Alberto “El Venado” Lopez (24-2, 13 KOs) in an eight-round battle. U.S. Olympic silver medalist Duke Ragan (4-0, 1 KO), whose pro return was delayed due to injuries and the death of his beloved father, will compete in a six-round featherweight fight. Ragan’s fellow 2020 U.S. Olympian, Virginia Fuchs, will make her pro debut in a six-round flyweight special attraction.

Promoted by Top Rank, in association with Englebrecht Promotions & Events, tickets starting at $60 go on sale Tuesday, March 15 at 11 a.m. PT and can be purchased by visiting www.socafights.com.

“We are thrilled to return to Southern California with Mikaela Mayer defending her world titles on ESPN against a top contender in Jennifer Han,” said Top Rank chairman Bob Arum. “Mikaela is on her way to fully unifying the division, and she has a big opportunity to make a statement in front of her home fans.”

Mayer (16-0, 5 KOs) achieved international recognition following her participation in the 2016 Olympics in Rio. She signed with Top Rank the following year and made pro her debut in Los Angeles on the Vasiliy Lomachenko-Miguel Marriaga undercard. Since then, she has been on a historic run and has broken new ground for women in the sport, including a decisive win over Helen Joseph to cap off the first female main event in Top Rank’s revamped boxing series on ESPN. Mayer unified her WBO 130-pound title with longtime IBF champion Maiva Hamadouche last November in a classic battle that demonstrated the Olympian’s ability to stand toe-to-toe in the center of the ring.

Mayer said, “Big props to Jennifer Han for taking this fight. Everyone knows I have been in pursuit of undisputed, but since the other two champs are being reserved for each other, I had to look elsewhere to stay busy. Han stepped up. I believe I separated myself in my last fight against Hamadouche by displaying my versatility, and I want to continue to do that. I want to show that I can adapt to any style and that I am the most well-rounded boxer out there.”

Han (18-4-1, 1 KO) became the first world champion out of El Paso, Texas, when she defeated Helen Joseph to capture the IBF featherweight crown in September 2015. Han later defended her titles against the likes of Lizbeth Crespo and Calista Silgado, and all three of her aforementioned adversaries would later face Mayer before she earned her first world title. In Han’s last fight, she challenged Olympic gold medalist and undisputed lightweight world champion Katie Taylor on enemy turf, but now her plans are to prevent Mayer from becoming undisputed at junior lightweight.

Han said, “I’m excited for the opportunity to headline against Mikaela Mayer. Women’s boxing is finally getting the recognition and the platform that we deserve.”