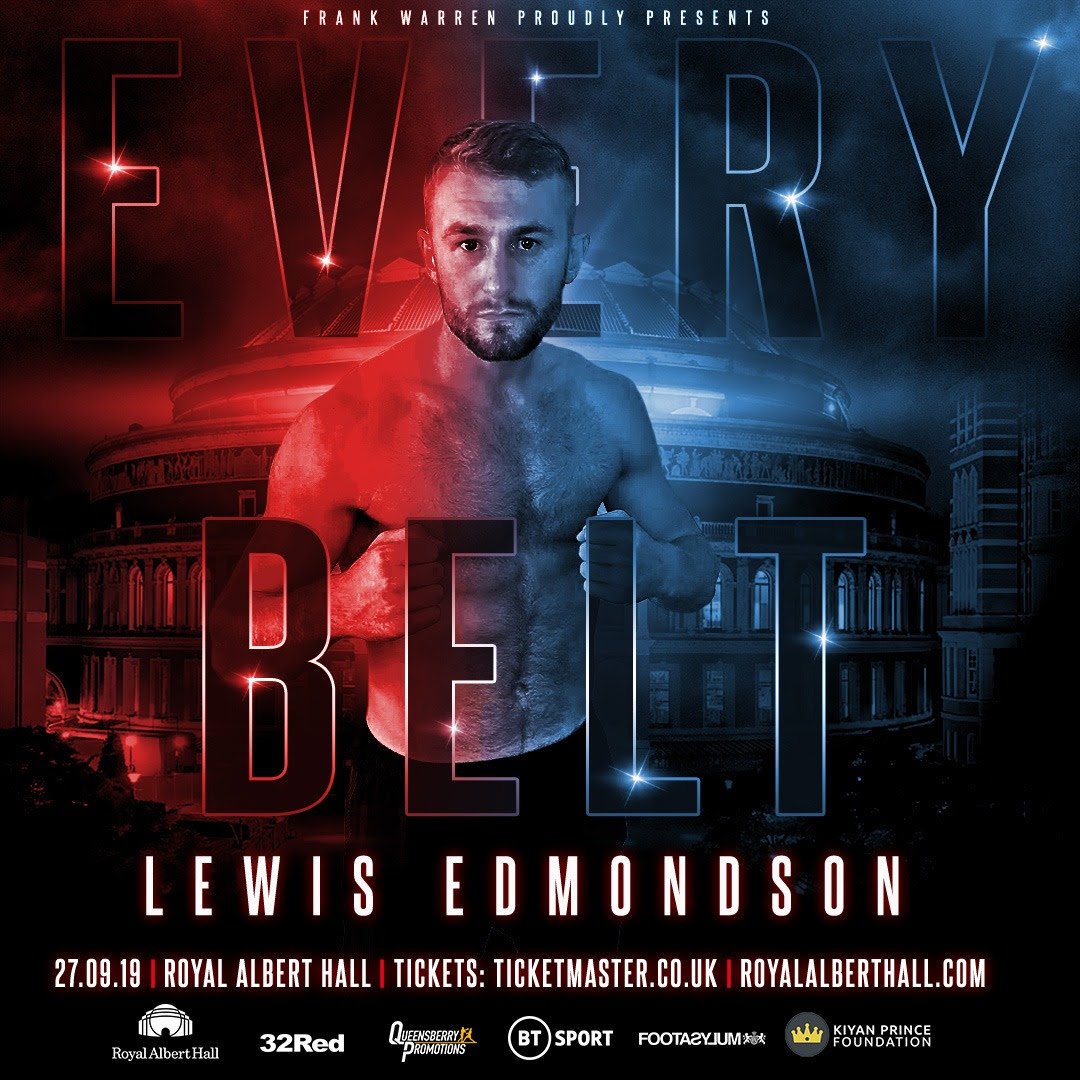 THE SUPER MIDDLEWEIGHT former amateur standout Lewis Edmondson has signed a promotional agreement with Frank Warren and he will make his Queensberry Promotions debut at the Royal Albert Hall on Friday September 27.

The 23-year-old, who is trained by Josh Burnham in Bushey, narrowly missed out on a place on the GB team for the Rio Olympics in 2016, having previously won the youth ABAs, the CYPs and the Three-Nations titles.

The Southampton man has been preparing to take the professional plunge for over a year now and is thrilled to have a promoter as well as a date for his debut firmly in place.

Edmondson pleased to be turning pro

“Basically I am just very happy and ready to move forward,” said Edmondson. “I believe I am in the best hands I could possibly be in and having a date for my professional debut has given me an extra drive in training.

“It couldn’t be anywhere better for me than the Royal Albert Hall, it really couldn’t and it is unbelievable. Literally every person I speak to about it is excited and hopefully they will make some big noise for me.

“Boxing fans will see that I try to box clever and try not to take too many shots, but I can dig deep and get stuck in when I need to.”

You can follow Lewis’ journey on his social media accounts:

Daniel Dubois will fight the Ghanaian Ebenezer Tetteh for the vacant Commonwealth heavyweight championship at the Royal Albert Hall on Friday September 27, when Nicola Adams will also defend her WBO world flyweight title or enter into a unification fight with the IBF title also at stake.