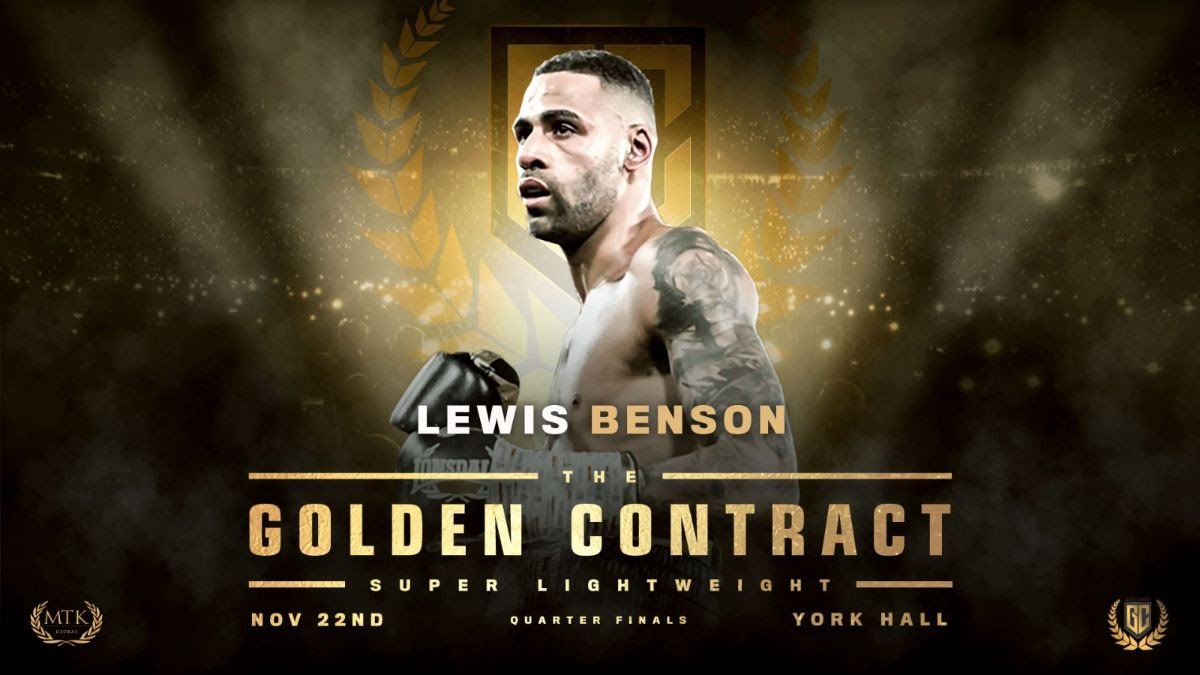 Lewis Benson will now take part in the super-lightweight edition of the #GoldenContract tournament at York Hall on November 22.

Lewis Benson has been drafted in for a life-changing opportunity (No Repro Fee)
Benson (12-2, 2 KOs) will be one of eight elite 140lb stars competing in the tournament, live on Sky Sports in the UK in association with Matchroom Boxing, and on ESPN+ in the US in association with Top Rank.

The Scot is elevated to the tournament proper following the withdrawal of Akeem Ennis Brown, who will now bid for the British & Commonwealth super-lightweight titles with full details of the match-up to be confirmed in due course.

Benson, who has already fought out a classic with another #GoldenContract entrant in Tyrone McKenna, is excited about his opportunity and is ready to burst onto the world scene by being the last man standing.

He said: “I’m absolutely over the moon to get this opportunity. In the back of my head I always thought there’s a good chance of me going in the tournament in case somebody pulls out for any reason, so I’m absolutely buzzing.

“I’ve been training hard getting my fitness up and I can’t wait. I watched the featherweight tournament and it was unbelievable. I was really impressed with Leigh Wood and Ryan Walsh, they were the standouts for me, and now I can’t wait to compete in it myself.

“Everybody in the tournament is a good fighter. You have some of the best boys in Britain and then some really good European fighters too, so it’s a cracking line-up.

“Fighting on Sky Sports and ESPN+ is great too, it means everybody will be tuning in so I can’t wait to show them what I’m all about.”

MTK Global Professional Development Coordinator Jamie Conlan said: “This is a huge, potentially life-changing chance for Lewis, who we all know has a high boxing IQ and is a tough proposition for anybody in this tournament.

The winner of each tournament will land a two-year, five-fight deal with a major promoter that guarantees six-figure purses for every fight along with global exposure.

To add to the excitement, fighters will not know their opponents until fight week, at the start of which the highly anticipated draws will be made, while knockout bonuses are also on offer.