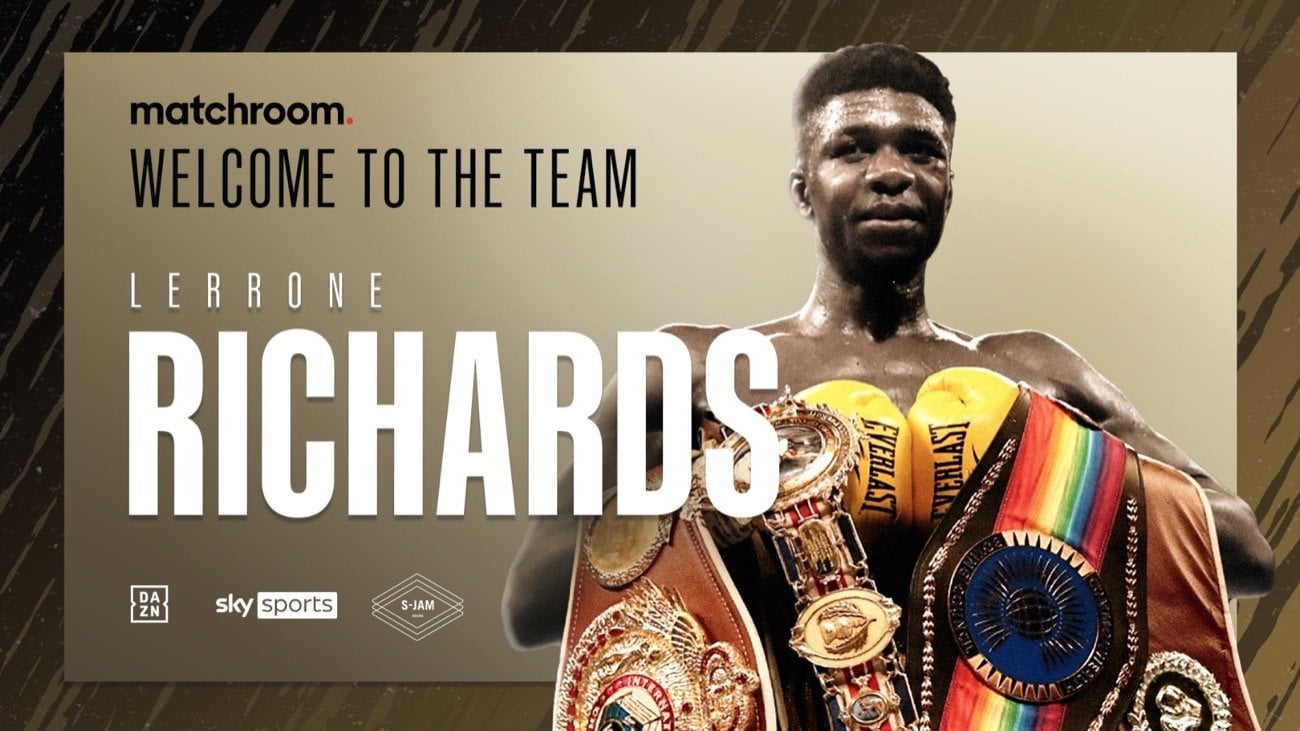 The New Malden southpaw (13-0, 3 KOs) turned professional in 2013 following an impressive stint in the amateurs where he won the renowned ABA Golden Gloves Championships at the age of 14, before winning the Golden Belt at the ABA National Novice Championships shortly after.

Trained by Dave Coldwell and managed by S-JAM Boxing, 28-year-old Richards widely outpointed Tommy Langford to claim the Commonwealth and WBO International Titles in April 2019 before decisioning Birmingham’s Lennox Clarke to add the vacant British Title to his growing collection in November 2019.

Ranked in the top 15 in the world with the WBO, ‘Sniper The Boss’ believes that he is ready to push on towards European and World level after cleaning up at the 168lbs domestic scene, and the slick 5ft 11in Londoner will look to follow in the footsteps of his new stablemates Callum Smith and Billy Joe Saunders.

“I’m happy, elated and excited,” said Richards. “I just can’t wait to get going and I’m really looking forward to the plans ahead. I wanted a fresh start now that I’m top of the domestic tree. You look at Matchroom and they’ve got all of the top boys and I want to be part of this, and I want to be involved in big fights in the future.

“I’m very excited to showcase my skills. Like I always say, it’s all about the skills and that’s what everyone is going to see. My short-term goal is to get out as soon as possible and showcase my skills. Then I want to conquer Europe. After I’ve done that, I want those World Titles and those big fights. I feel like now I’m working with Eddie Hearn, I’ll get the right promotion and I’ll be able to build my profile.

“There are so many fights out there that I can really get my teeth into. I want to show the world what I’m capable of doing. I’m ranked in the top 15 in the world with the WBO. There are other governing bodies as well, that I would like to get highly ranked in to chase these champions.

“Time is precious, and you’ve got to use your time wisely. The time I’ve had out of the ring, and the time I’ve had with Dave, we’ve used that wisely and you’ll see a far more improved fighter in my next fight. There are a lot of coaches around, but there are very few teachers. Dave is a teacher. When I’m in the gym every day I’m learning and improving.

“Fans tuning in on Sky Sports and DAZN can expect to see skills from me. Skills pay the bills. It’s all about the skills, no hype required. They’re going to really be impressed with what I bring to the table. The future is really bright and I’m looking forward to it.”

“I’m delighted to welcome Lerronne to the team,” said promoter Eddie Hearn. “I remember watching him when he turned pro, he was a real talent and now he sits at 13-0 at the top of the domestic tree ready to explode onto the World stage. We welcome him to the big league and we will deliver all our promises to help him realise his dreams.”

Sam Jones and Adam Morallee of S-JAM Boxing said: “Lerrone is a world class athlete who is ready to compete at the world level. We are grateful to everyone who has helped Lerrone get to where he is now. The opportunity to join Matchroom is a great one for Lerrone – they have most of the 168lb world level fighters and we have no doubt Lerrone will join the other great British Super-Middleweight Champions who have gone on to become World Champions.”