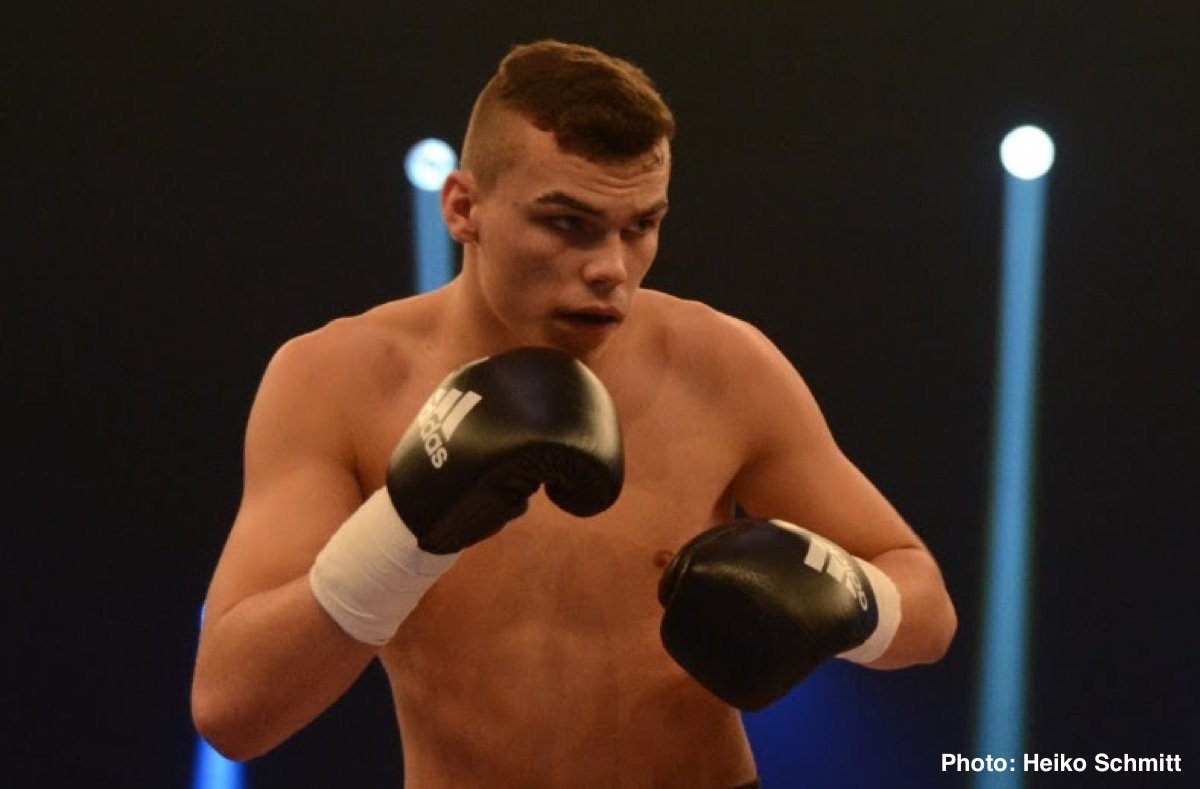 Rising German star Leon Bauer (14-0-1, 9 KOs) is the latest boxer confirmed for an action-packed fight night on December 8 at the KC Dražen Petrović in Zagreb.

Bauer has been touted as one of Germany’s top boxing talents. He made his debut in 2015 at just 16 years of age, and now, undefeated in fifteen professional contests, is the current IBF Youth Super Middleweight World Champion.

Bauer, who is currently teaching himself to speak Croatian, will be boxing outside of Germany for the second time in his career having previously fought at the MGM Grand in Las Vegas, and will take on Portugal’s Jorge Silva (16-6, 7 KOs) over eight rounds.

“I speak a little bit of Croatian, maybe 30 to 40 percent of the language, but I’m still learning,” said Bauer. “It was my decision to start learning the language a year ago for some mind work. I don’t want to just sit at home when I’m not training, I want to build myself up and continue to learn new things.

“I’ve got a lot of friends who come from The Balkans, and they help me a lot. I’ve also been holidaying in Croatia every year for the last three years, and I enjoy being there a lot. It’s a great place – the food, the people, the view, the sea!

“I’m really looking forward to fighting in Zagreb. I’ll test my boxing ability in the ring and language skills out of the ring, and I hope to win over some new fans!”

The WBC International Heavyweight Championship contest between Filip Hrgović and Ytalo Perea will top an action-packed fight card at the KC Dražen Petrović on December 8 with a full undercard set to be announced.

Tickets start from 150 KN and are available online www.eventim.hr. All the action will be broadcast live and exclusive on RTL in Croatia.

Rrustemi returns to the ring following a second-round knockout win over Juan Pedro Guglielmetti on March 3, and will look to extend his thirteen fight unbeaten streak against the former IBF and WBO Cruiserweight Champion.

“We’re delighted to have the full card confirmed for another fantastic show in Zagreb,” said promoter Nisse Sauerland, of Team Sauerland. “We will have six fights in total including our outstanding main event. Fans inside the KC Drazen Petrovic can look forward to an action-packed night of boxing!”

Said Zeljko Karajica, CEO of 7Sports, the sports unit of the ProSiebenSat.1 Group and Managing Director of the operating event agency MMP Event GmbH: “We’re back with another great event on December 8. I would urge everyone, who hasn’t already, to get their tickets now to witness this top boxing spectacle in Zagreb.”

Tickets start from 150 KN and are available online www.eventim.hr. All the action will be broadcast live and exclusive on RTL in Croatia.

Maurice Weber Set for Hand Surgery, Wants to Return in 2019

It has been two years since former world title challenger Maurice Weber has stepped into the professional boxing ring. Ever since, the 37-years old light middleweight contender has been hampered by a lingering hand injury he suffered when he fought Jack Culcay in
May 2015 for the WBA world title. In that fight, Weber came close to fulfilling his dream of becoming champion of the world, dropping the his opponent once en route to a close decision loss – despite the injury happening early in the fight.

“I just had to fight through it“, Weber said. “I proved that I operate on world-level in this fight and I want to get another shot at the championship once my hand is fully healed. I want to continue to box but if my doctors tell that I can’t I have to adapt to that and focus
on a new life path.“

That, of course, is a matter for the future. Weber will have to undergo another hand- surgery, tentatively scheduled for December or early January at the latest. Afterwards, Weber is looking at four to six months of rehab. “This will not stop me. I’ll get the operation done and I’ll put all the work in to be back inside the ring next summer“, he emphasized.

The work will be done inside the Sturm Box-Gym in Cologne, Germany, the state-of-the- art training facilities his friend and former five-time world champion Felix Sturm built when he begun to promote himself.

“I have everything I need here. While I can’t do any boxing specific training now, I’m always keeping myself in shape. And after my surgery, I will do all my rehab at the gym. There’s no better place to get back to business“, Weber said.

Weber, who has a professional record of 22 wins with only two defeats and one bout even in 13 years as a professional, is confident that his career will resume next year: “I cannot wait to return to the ring and to prove myself to the boxing world again. I want to become champion of the world and I know I have it in me to make this dream a reality.“