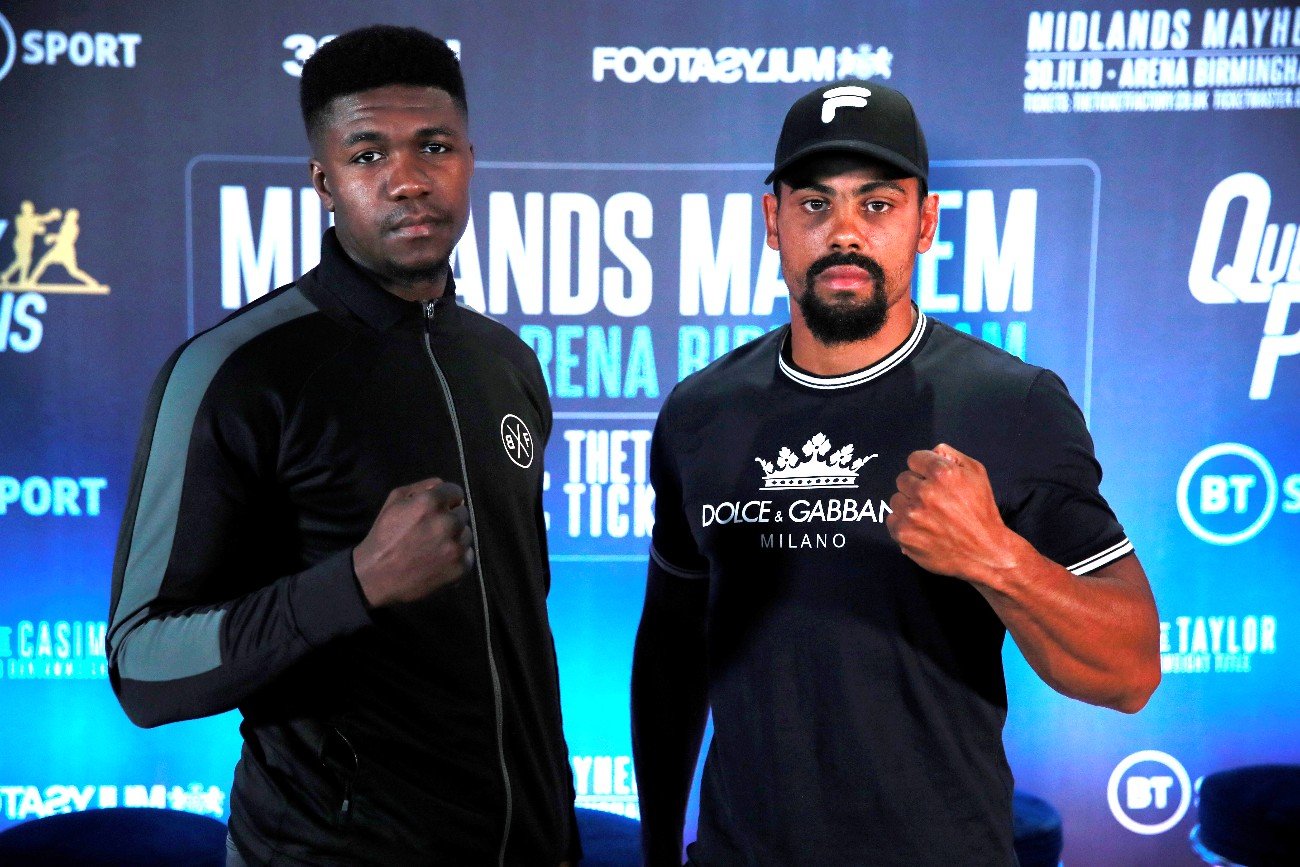 LENNOX CLARKE IS promising to ‘steamroller’ Lerrone Richards when the pair meet at Arena, Birmingham on November 30 with the British and Commonwealth titles at stake.

The unbeaten super middleweight from Halesowen knows that Richards, who holds a perfect record, prefers to turn boxing into an art form and picks his shots with mesmeric precision.

The Commonwealth champion has, however, been accused in some quarters of occasionally enjoying his own work a little too much during fights, preferring to dominate opponents over the distance instead of making a statement with an early finish.

Clarke insists he will be afforded no such luxury when he ventures onto enemy territory at the end of November.

“I will bring my A-game and I believe I am going to get the win.

“Lerrone is a boxer-mover and not a puncher. I am going to steamroller him and bring it to him, that is what our game plan is.

“I can’t let him do what he needs to do because he is very good at that. He is a very good fighter and our job is to stop him being good.”

Clarke has had to bide his time when it comes to competing for major domestic titles and was originally left in the waiting room following his nomination to challenge for the English title against Darryll Williams in a fight that never happened.

He now gets to fight for a bigger prize and he views it as a perfect storm with the opportunity coming on a show in his home city in front of his band of followers.

“Yeah I’ve had setbacks but this is what is going to bring me back on to the big stage now. I’m ready, I’m more than ready and I’ve been ready for a few years.

“Things happened with dates against Williams and then last time I pulled out because I wasn’t well. It was just one of those things that wasn’t meant to be, but I was fully confident in smashing him up. He would have been an easier fight than Lerrone.

“The first perfect scenario now is me knocking him out in the first round, which would be perfect.

“This is the biggest stage I will have been on, it is in my home city and for the biggest titles I’ve challenged for,” added Clarke, who rejects the notion that boxing in Birmingham is a tough sell for boxing and says his fans will come out in numbers on the night.