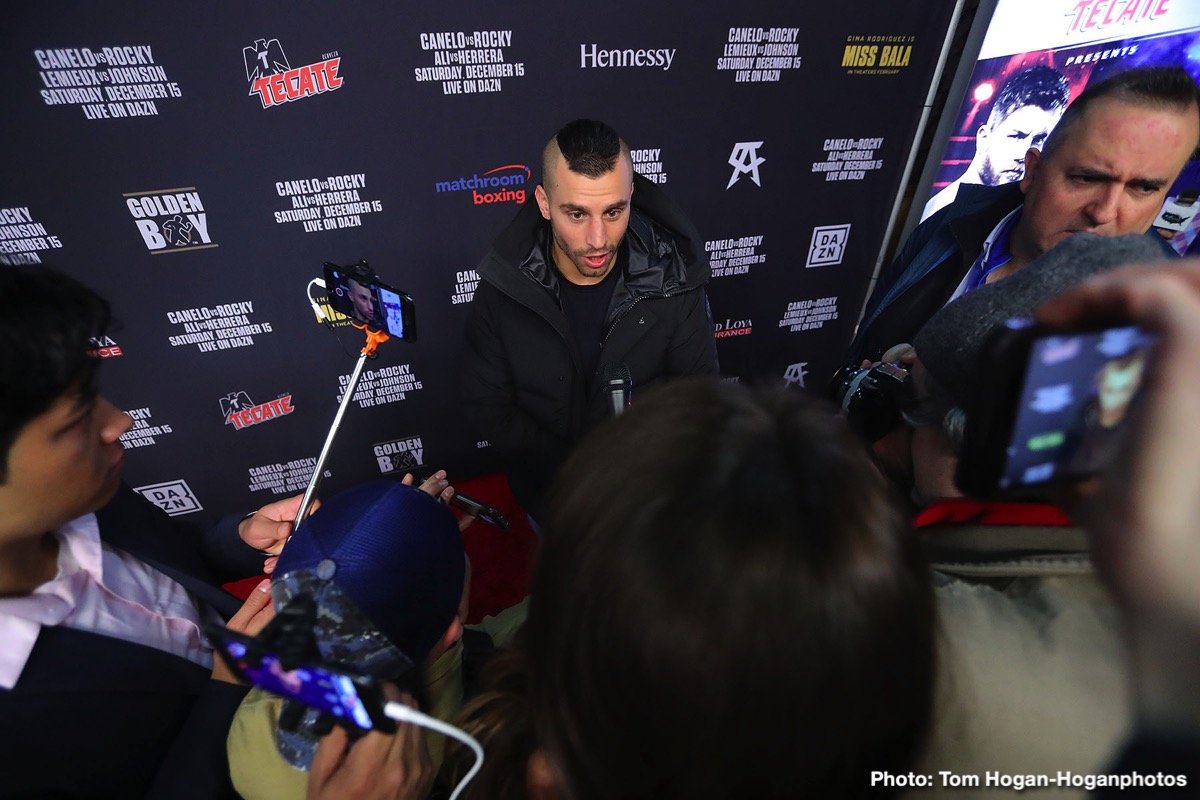 An unfortunate hand injury has forced David Lemieux (40-4, 34 KOs) to withdraw from his 168-pound debut against London’s John “The Gorilla” Ryder (27-4, 15 KOs) in what was going to be the scheduled 12-round co-main event of Canelo vs. Jacobs. Lemieux injured his right hand during a sparring session, and his doctor has recommended that he rest for eight weeks before returning to the gym.

Details for the new co-main event will be announced shortly. The Canelo vs. Jacobs will continue as planned on Saturday, May 4 at T-Mobile Arena in Las Vegas and will be streamed live exclusively on DAZN.

Lemieux, a 30-year-old native of Montreal, Canada, is disappointed at his injury, but promises to return stronger than ever.

”Training camp was going really great,” said David Lemieux.”I felt in tremendous shape, the strongest I’d ever felt in my entire career. But, I will be back soon. Hopefully, the fans will understand. I promise I will make it up to them once I’m healed.”

“I’m very disappointed since he was in the best shape of his life both in the gym and in the ring,” said Camille Estephan, President of Eye of the Tiger Management. “We will take the time to heal his hand and get right back in the chase for a world title.”

“It’s very unfortunate that David Lemieux’s return has been postponed,” said Eric Gomez, President of Golden Boy. “But this is boxing, and these things happen. We wish David a speedy recovery and look forward to his return, so he can make big waves at 168 pounds.”

Canelo vs. Jacobs is a 12-round fight for the WBC, WBA, Lineal, Ring Magazine and IBF Middleweight World Titles presented by Golden Boy in association with Matchroom Boxing. The event is sponsored by Tecate, “THE OFFICIAL BEER OF BOXING” and Hennessy “Never Stop. Never Settle.”The event will take place Saturday, May 4, 2019 at T-Mobile Arena in Las Vegas and will be streamed live exclusively on DAZN.