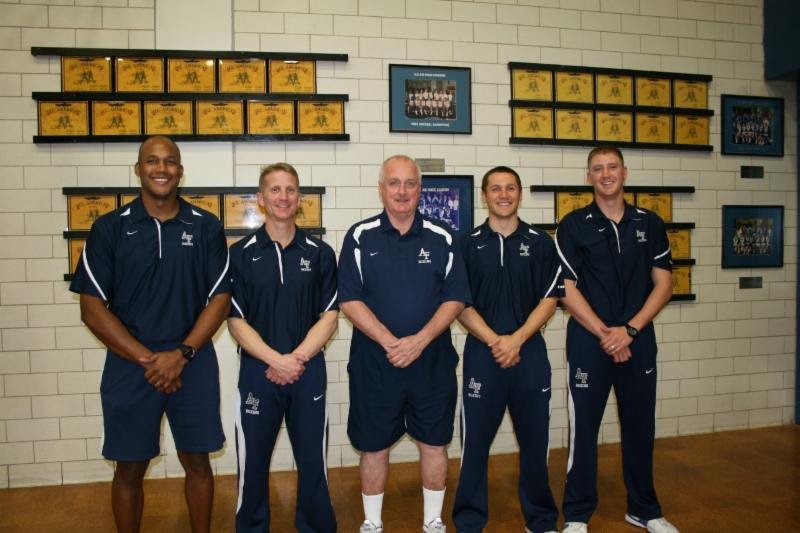 Coach Weichers’ Fighting Falcons’ squads produced a remarkable 258 All-America boxers and 97 individual champions. His teams never finished lower than second in the nation for 27 years and he also served as president and vice president of the National Collegiate Boxing Association (NCBA).

Coaching sports at a military school is much different, largely because student-athletes in most cases, especially boxing, are not professional prospects. “Our Cadets were not trained to be elite level amateurs or pros,” the now 68-year-old Weichers explained. “In 1976, the cost to put one Cadet through four years at the Academy was $80,000 but, in 2014, the year of my retirement, that figure was $417,000. Cadets are trained to go forward and serve. They fly, fight, win and defend freedoms that we all enjoy. Boxing at the next level is not part of the discussion. I got calls at the time about our boxers going to the next level, fighting in Tough Man Contests, etc. My answer is and has always been consistent: ‘You are not trained to be a boxer in the Air Force. Do not jeopardize your pilot qualifications or commission ability with a boxing injury.’ The Air Force has an investment in them, and I urged them to go forward and serve. I send them back to the real purpose of the boxing class/program at AFA. It teaches them how to handle press, stress, fear and anxiety. Boxing gives them the self confidence and self esteem to make good decisions in combat under pressure. The ability to handle these pressures and make good decisions are the difference in life and death in combat.”

Coach Weichers, of course, attributes a large share of his success to the Cadets, who are intelligent, disciplined and team oriented. All Cadets take a mandatory core curriculum boxing course (10 lessons) their freshman year, followed by an intramural boxing program comprised of 40 squadron teams with a minimum of eight to a maximum of 16 boxers per team.

Not only did Weichers work with this incredible feeder system, the next step was the AFA Wing Open Boxing Championships, in which Cadets voluntarily signed-up to compete in one of 12 divisions to box for the No. 1 spot, earning a roster spot on the AFA Intercollegiate boxing team that competes in regional and national tournaments. The advancing 12 Cadets represented the entire Air Force Academy.

“Bottom line,’ Coach Weichers noted, “this formula was a perfect storm. I must give credit to and thank two Physical Education Department heads, Col. Don Peterson and Col. Larry Fariss, and two athletic directors who were instrumental to our support and success, Col. John Clune and Col. Randy Spetman.

“I was blessed with young men who I describe as overachievers. Cadets are tenacious. We built on an individual sport with a team concept. I had great assistant coaches, the best training facilities, and an environment of being surrounded by quality people in all phases.”

After he retired as head boxing coach at the Air Force Academy, Weichers led Team USA in 2014 and 2015 to five medals, including two golds, at the Pan American Games in Toronto.

“The plan was to hire Billy Walsh, who was the head coach of Team Ireland,” Weichers added. “I committed to sponsor Coach Walsh upon his arrival and make his transition smooth. I did that and Coach Walsh and I have become good friends. He is the correct man for the job, and he brings a great resume and reputation. He has helped turn the program around and created a winning culture. Team USA is back, ranked among the top 10 in the world, and that is a direct result of Coach Walsh.”