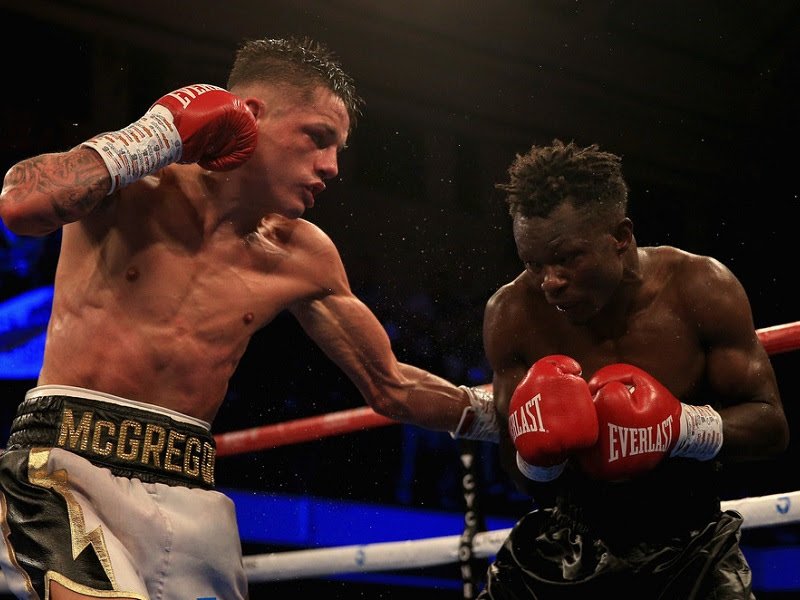 Commonwealth bantamweight champion Lee McGregor has promised to display the best ever version of himself when he defends his title against Scott Allan on a huge #MTKFightNight event in Glasgow next week.

McGregor (6-0, 5 KOs) puts his belt on the line against compatriot Allan (9-3-1) at the Emirates Arena on June 22, live on ESPN+ in association with Top Rank, and also live on iFL TV.

It’s only McGregor’s second fight since linking up with new trainer Grant Smith in Sheffield, and he feels the time they’ve now spent together will pay dividends against Allan.

McGregor said: “I’m buzzing to get back in the ring so soon after my last fight as this is what I’m in the game for, to be fighting regularly and defending and winning more belts.

“It was straight back to work for me after the last fight. I’ve had a great camp for this fight and left no stone unturned, so I’m excited to be fighting again.

“In my last fight I hadn’t had much time with my new trainer and there were other things happening in the background, so it wasn’t the ideal position to be in but I can promise everyone you will see the best version of myself on June 22.

“It’s been great at the new gym and I’ve fit in really well. I’ve had some fantastic sparring with both Sunny and Charlie Edwards for this fight so preparation has been spot on.

“Scottish boxing is certainly booming at the moment and I’m honoured to be apart of it. I hope to contribute in some way by helping to bring huge nights back to Scotland.”