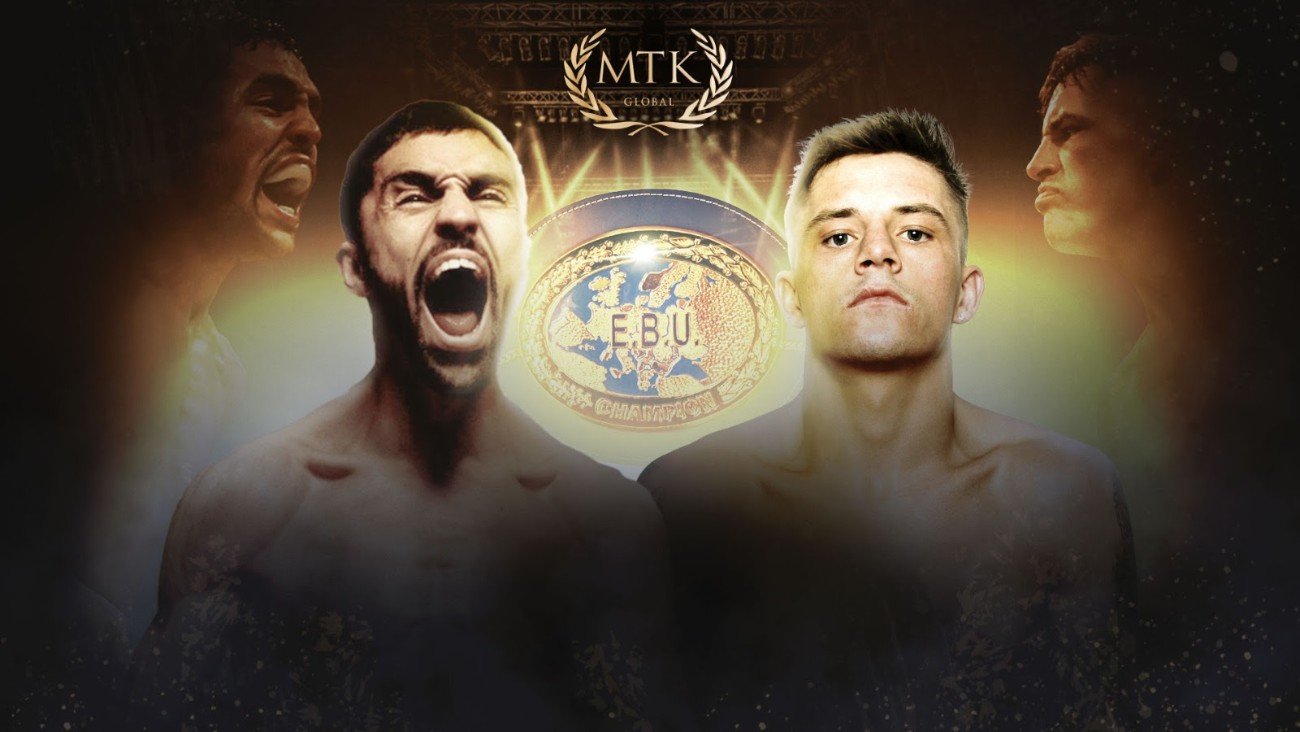 The planned European bantamweight title fight between Karim Guerfi and Lee McGregor has unfortunately been postponed after McGregor tested positive for COVID-19.

The two men were due to meet on the #MTKFightNight taking place on Wednesday 11 November at Production Park Studios in Wakefield, with a new date set to be announced for that fight in the near future.

The rest of next week’s card will go ahead as scheduled live in the US on ESPN+ in association with Top Rank, and worldwide on IFL TV, as Tursynbay Kulakhmet goes up against Macaulay McGowan for the vacant WBC International super-welterweight title, Paddy Donovan meets Jumanne Camero, Jack Rafferty takes on Tom Hill, Hassan Azim makes his professional debut, and Inder Bassi faces Jack Martin.

MTK Global Promoter Lee Eaton said: “We’re gutted to miss out on this fantastic fight between McGregor and Guerfi, but McGregor’s health is most important and we wish him a speedy recovery. We hope to have a new date for that fight very shortly.

“Irish sensation Paddy Donovan has a big step up against Jumanne Camero, highly-rated Hassan Azim makes his professional debut, plus there are two brilliant 50-50 fights between Jack Rafferty and Tom Hill, and Inder Bassi and Jack Martin, so it’s still a must-see event.”

MTK Global is delighted to confirm that Lee McGregor will challenge Karim Guerfi for the European bantamweight title in a brilliant fight set to take place in November.

British and Commonwealth champion McGregor (9-0, 7 KOs) recently returned to the ring with a fifth round TKO win over Ryan Walker, and will now look to add the European belt to his collection when he challenges extremely talented Frenchman Guerfi (29-4, 9 KOs).

Highly-rated Guerfi has held the European title on several occasions, most recently winning it in November 2019 when he superbly stopped Georges Ory after nine rounds.

Jamaine Ortiz made his bones in the amateur ranks vs. Berlanga, Teofimo and Jaron Ennis

He also holds wins over the likes of Ryan Farrag and Stephane Jamoye, and it’s set to be a must-see fight when he takes on Edinburgh hero McGregor later this year.

Guerfi said: “I’m really excited to fight Lee McGregor, he is a good fighter and all of the fans in Scotland and the UK like this guy, so I can’t wait.

“I haven’t fought since I won the title again last November and I’ve been desperate to come back into the ring as boxing is my life.

“McGregor is a warrior. He’s intelligent in the ring, so I think it’s going to be a good fight for the fans. I know I must beat this guy in style if I want to keep my belt.”

McGregor said: “I’m so excited, and anyone who knows me knows I don’t back down from a hard challenge. It’s no different this time I’m ready to show the world what I can really do.

“It will mean so much to me to win the European title. To become British, Commonwealth and European champion within 10 fights is a huge achievement and I’m not sure if many British fighters have done that, so I’m going to make sure I leave no stone unturned and be the best prepared I’ve ever been.

“I know Guerfi is a dangerous fighter and I’m expecting a very exciting and fan friendly fight. I will be 100% ready for whatever he brings. He’s a lot more experienced than me but I’m a young hungry fighter who’s fresh and ready to announce myself to the world stage.”

MTK Global Promoter Lee Eaton added: “We’re delighted to confirm that Karim Guerfi will defend his EBU bantamweight title against Lee McGregor. It’s a massive fight for both boxers and one we’re extremely excited for.

“Both men will be looking to produce career best performances to ensure they get their hand raised, and we can’t wait to see how things unfold between these two MTK Global stars.”

Further details on the fight, along with news on the rest of MTK Global’s upcoming schedule, will be announced in due course.

MCGREGOR TEAMS UP WITH TRAINER DAVISON

Scottish star Lee McGregor has linked up with world-title winning trainer Ben Davison ahead of his European bantamweight title showdown with Karim Guerfi in November.

British and Commonwealth champion McGregor (9-0, 7 KOs) challenges Guerfi (29-4, 9 KOs) for his EBU belt later this year, and will now have the expertise of Davison in his corner for the clash, along with the help of nutritionist David Stache.

Davison was the mastermind behind the incredible comeback of heavyweight king Tyson Fury, and also trained Billy Joe Saunders for his WBO super-middleweight title win over Shefat Isufi in May 2019.

He’s currently in camp with Josh Taylor ahead of his WBA and IBF super-lightweight title defence next weekend, and Edinburgh hero McGregor is excited to be teaming up with the established trainer.

McGregor said: “This is the start of a new and exciting journey. I’m delighted to be teaming up with Ben Davison and nutritionist David Stache and I feel with these two guys behind me I’m going to get even better, stronger and smarter.

“The future is bright and now it’s just eight weeks to go until we hear ‘and the new.’ I want to say a huge thank you to Grant Smith and the Steel City Gym for all of their help throughout the last year of my career.

It’s a great bunch of lads at the gym and I’ll definitely be be back to see the lads again soon, so I wish them the best for the future.”