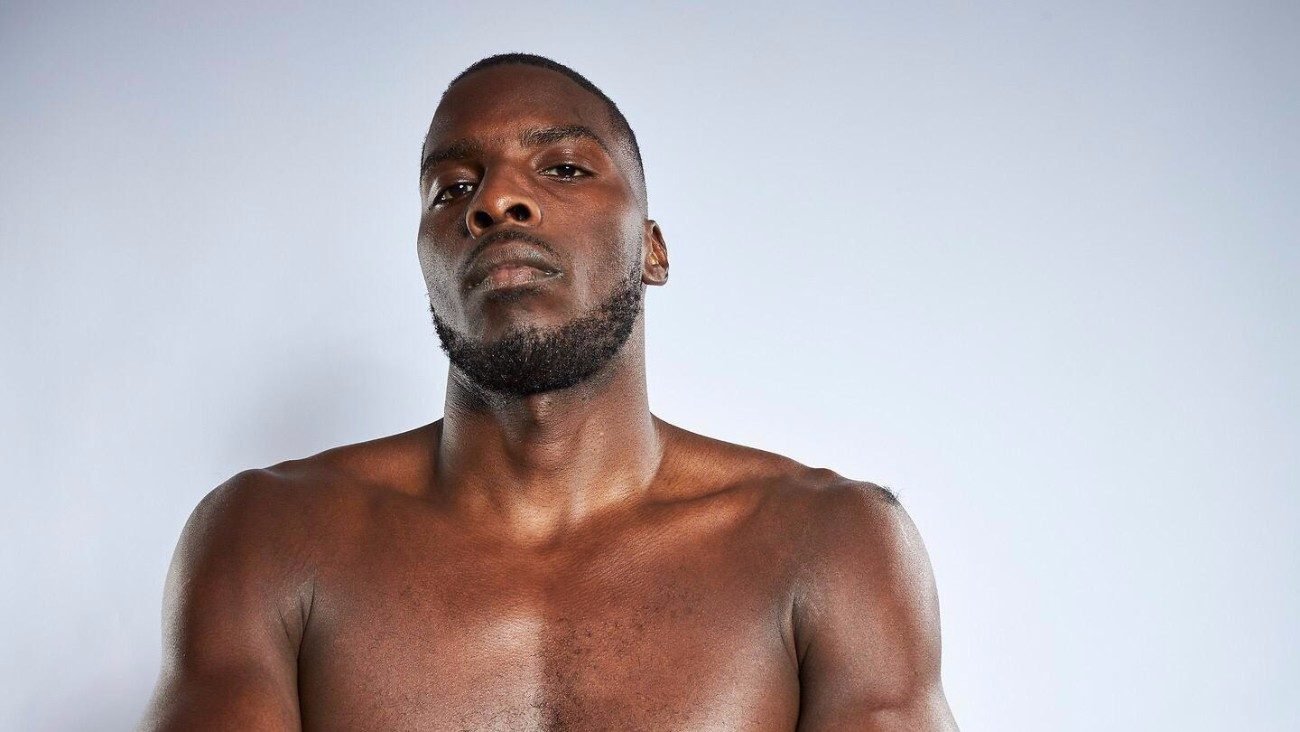 Lawrence Okolie can take another step towards a World title when he challenges dangerous EBU European Champion Yves Ngabu at The O2 in London this Saturday, live on Sky Sports Box Office in the UK and DAZN in the US.

The unbeaten 26-year-old Londoner has proved himself the dominant force on the domestic Cruiserweight scene in the last two years and now he plans to reign supreme in Europe when he meets the toughest test of his career in Belgium’s Ngabu.

Ngabu, trained by Dominic Ingle at the world-famous Wincobank gym in Sheffield, could be considered a big step up in class for Okolie, however, the 6’5” British and Commonwealth Champion is supremely confident of ripping the belt from the undefeated visitor in impressive style.

“I’ll stop him,” said Okolie without hesitation when asked about his thoughts on the fight. “Don’t get me wrong, he’s a good fighter with good footwork and he believes in his power. He will come to have a fight but I’ll take his title away from him.

“It’s more about the belt. I don’t know him or care about him as a person. He’s got something that I want in the European title. I want to have won the British, Commonwealth and European titles within 14 fights. He’s highly-ranked and undefeated too so it’ll be a good string to my bow.

“He’s 20-0 with 14 knockouts, he’s a solid opponent. He hasn’t really boxed too many top level opponents. This is a good step-up and I’d like one more before I start challenging for World titles. It’s an interesting time in the Cruiserweight division where belts are free and there’s new guys coming through.”

NGABU – I HAVE TOO MUCH IN MY ARSENAL FOR OKOLIE

Reigning EBU European Cruiserweight Champion Yves Ngabu believes that he will have too much in his arsenal for his latest challenger Lawrence Okolie as they prepare to clash on the huge Regis Prograis vs. Josh Taylor card at The O2 in London this Saturday, shown live on Sky Sports Box Office in the UK and DAZN in the US.

Hailing from the suburbs of Roeselare in the Flemish province of West Flanders, Belgium, but fighting out of the world-famous Wincobank gym in Sheffield under the guidance of Dominic Ingle, Ngabu is primed to make the third defence of his European crown against British and Commonwealth champ Okolie.

Ngabu captured the coveted European title in 2017 as he sent opponent Tamas Lodi of Hungary to the canvas in round four, and moments later scored a stoppage in what would become a momentous night in the history of Belgian boxing.

In his maiden defence Ngabu halted Geoffrey Battelo in three rounds in January 2018 but was forced to travel the full 12 rounds by Micki Nielsen in his last defence in February this year.

The 30-year-old arrives in London sporting an impressive looking 20-0 record, with 14 of those wins coming via KO or stoppage, and he plans to inflict the first defeat on the record of rising star Okolie.

“He has good power and a long reach but I feel like I have much more than him in my arsenal”, said Ngabu. “I know how Lawrence fights. People say he holds a lot but I know that and I have prepared for him on the inside. This is my time.

“I can adapt to every style. I can fight, I can punch and I can take punches too. I’m ready and I have done everything that I could have done to prepare for this fight. I have a great trainer in Dominic Ingle and I’m going to win this fight no matter what.

“I have fought guys with a bigger punch than him, I’ve fought guys who are more experienced than him so I am more than ready for Lawrence Okolie. He’s the best in his weight in the UK but he hasn’t made the jump to European level yet. This is his test.

“When I first came to this country my mission was to get a top trainer and then to win my fights,” added Ngabu. “I come from a small country where the sport is not famous, not big. So these are the things I need to do to show me to the world and what I can do.

“The British fans are the best in the world but I’m focused only on my job. I want to reach the top and to do that I need to beat Lawerence Okolie. I know he is the best Cruiserweight in the U.K, that is why I have to fight him to get him out of my way. I’m ready to go!”

Okolie vs. Ngabu is part of a huge night of action in London.