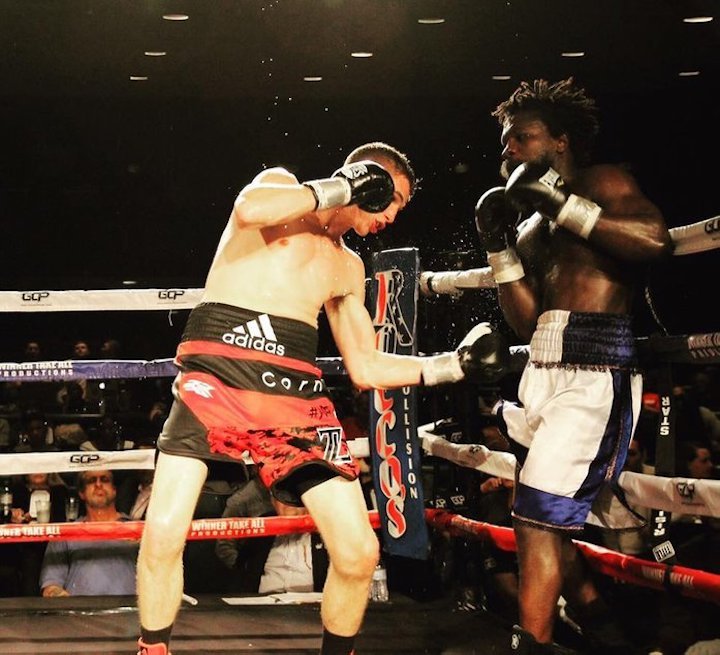 Despite coming off a shocking fifth round stoppage defeat to #9 world rated contender Jorge “Demonio” Cota on January 18th in Philadelphia, LaManna still believes the fight he was once in line for will come to reality. “My focus has been on Lara for quite some time. I thought I had the fight locked, then Cota came in the picture and I had to take care of that to get my shot”.

Unfortunately for LaManna, he came up short in that shot in front of over 200 of his loyal fans who come to almost all of his local fights promoted by family ran Rising Star Promotions.

“It sucks that I have to live with that defeat, but I wasn’t myself. I know that, my team knows that, so I’m good. I still want a shot at Lara and/or any of the top guys at 154. I pray to God every day that I get my shot, in due time. I feel like I’ve paid my dues. Fought for free, took short money, took hard fights, networked by myself and for myself”.

“The type of club shows Rising Star and the rest of the local Tri-State club promoters are used to doing are put to a halt for now. I’ve said for a while that Mexico will be the new wave for now, I guess we will have to see. Hopefully we can make an announcement soon. I just want to fight the big names and get back in the mix”.

LaManna is currently rated #13 by the WBA at Jr. Middleweight and resides out of Millville, New Jersey. You can follow LaManna on Facebook @ThomasLaManna and on Instagram @OfficialCornflakeBoxing. Any inquires, please email RisingStarBoxing@gmail.com