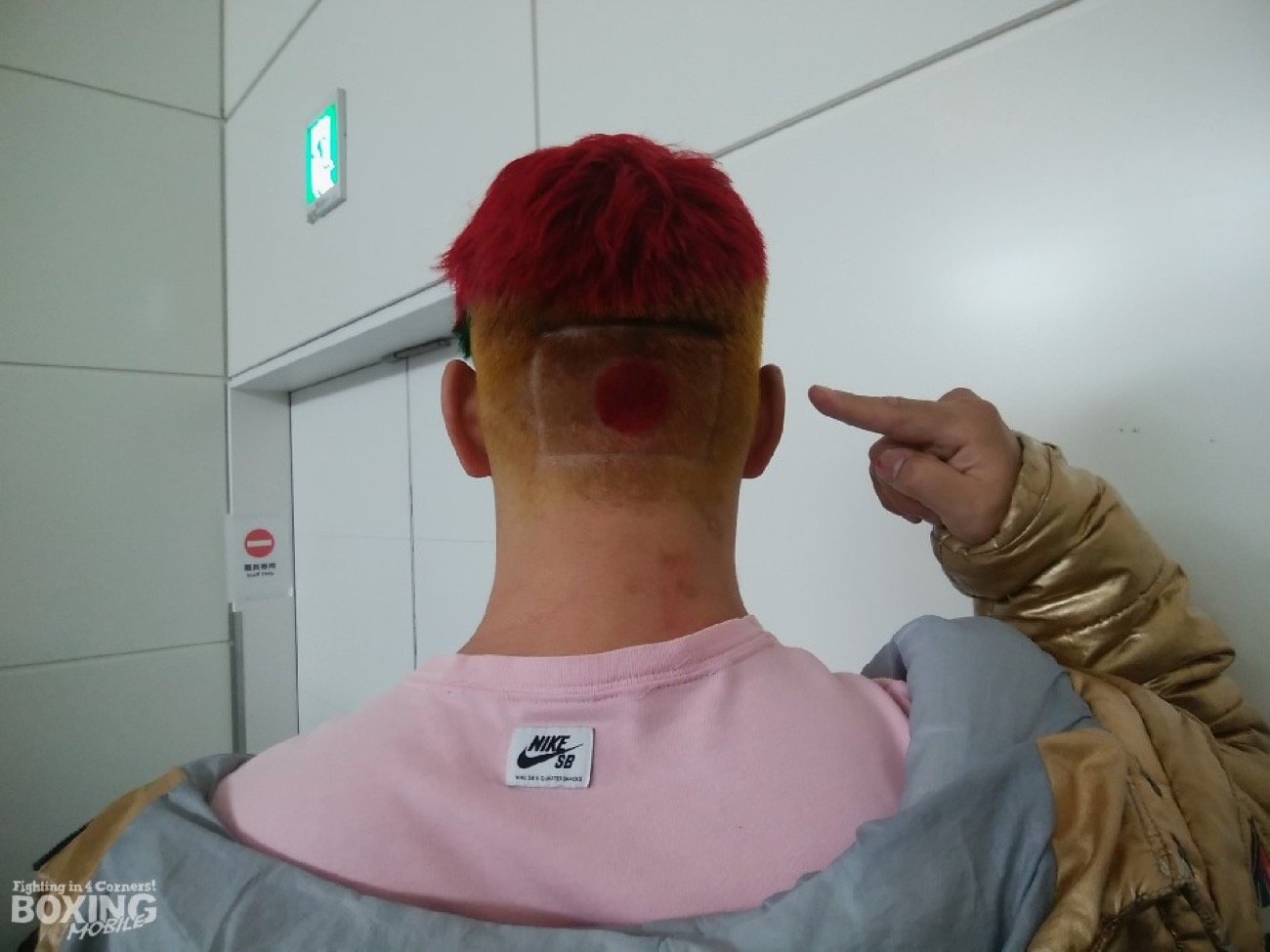 PROUD JAPANESE HEAVYWEIGHT Kyotaro Fujimoto has unveiled a patriotic new hairdo at an airport in Tokyo as he begins his journey to London.

Whilst surely hoping to avoid a close shave with the explosive power of ‘Dynamite’ Dubois on Saturday night at the Copper Box, he was clearly happy to let his barber loose with the clippers.

No stranger to hair-raising stunts, the new cut follows swiftly on the heels of a bizarre press conference in which Fujimoto unveiled a man in a panda costume as his sparring partner.

But the #13 WBA ranked Heavyweight has assured fans he is deadly serious about the upcoming bout and wants to return to his native Japan a hero.

In comments to frankwarren.com, Fujimoto recently promised he was “going in there to fight and make everyone in Japan proud.”

He added: “I promise to put on a good fight and win.”

Daniel Dubois, famed for his knockout power, is the bookies favourite to win but confident Kyotaro believes he is well prepared to beat the young London prospect.

In a video released to social media, Fujimoto revealed plans to beat Daniel at his own game as he threatened: “Dubois, I punch hard… so please be careful.”

Leaning into the camera menacingly, he yelled: “I’M READY FOR YOU!”

The scrap on Saturday will be for the WBC Silver and WBO International Titles and that alone is enough to make history for Fujimoto: he will be the first Japanese boxer to contest those belts.

Speaking to Nikkan Sports before boarding his plane, he said he was “grateful for this opportunity.”

Before battling Dubois for the silverware, the first fight Fujimoto must win this week is against jet lag.

In the media huddle before take-off, he revealed that he had only just returned from his US training camp and barely had time to have his barnet trimmed before setting off for Blighty.

“I don’t even know what’s in my suitcase” the bewildered bruiser admitted.

Speaking to Boxing Mobile, he said: “sparring 60 rounds with giant boxers in the US, I’ve done all I can to prepare. My opponent is young and vigorous, but i’m going to fight with determination and win.”

“No one knows what will happen until you get in the ring” he added, “but I’m going to enjoy this moment.”

The journey to London may be a long one, but the journey to the Copper Box has been much longer for 33-year-old Kyotaro and the patriotic Heavyweight clearly believes he’s ready to spring a surprise on December 21st.