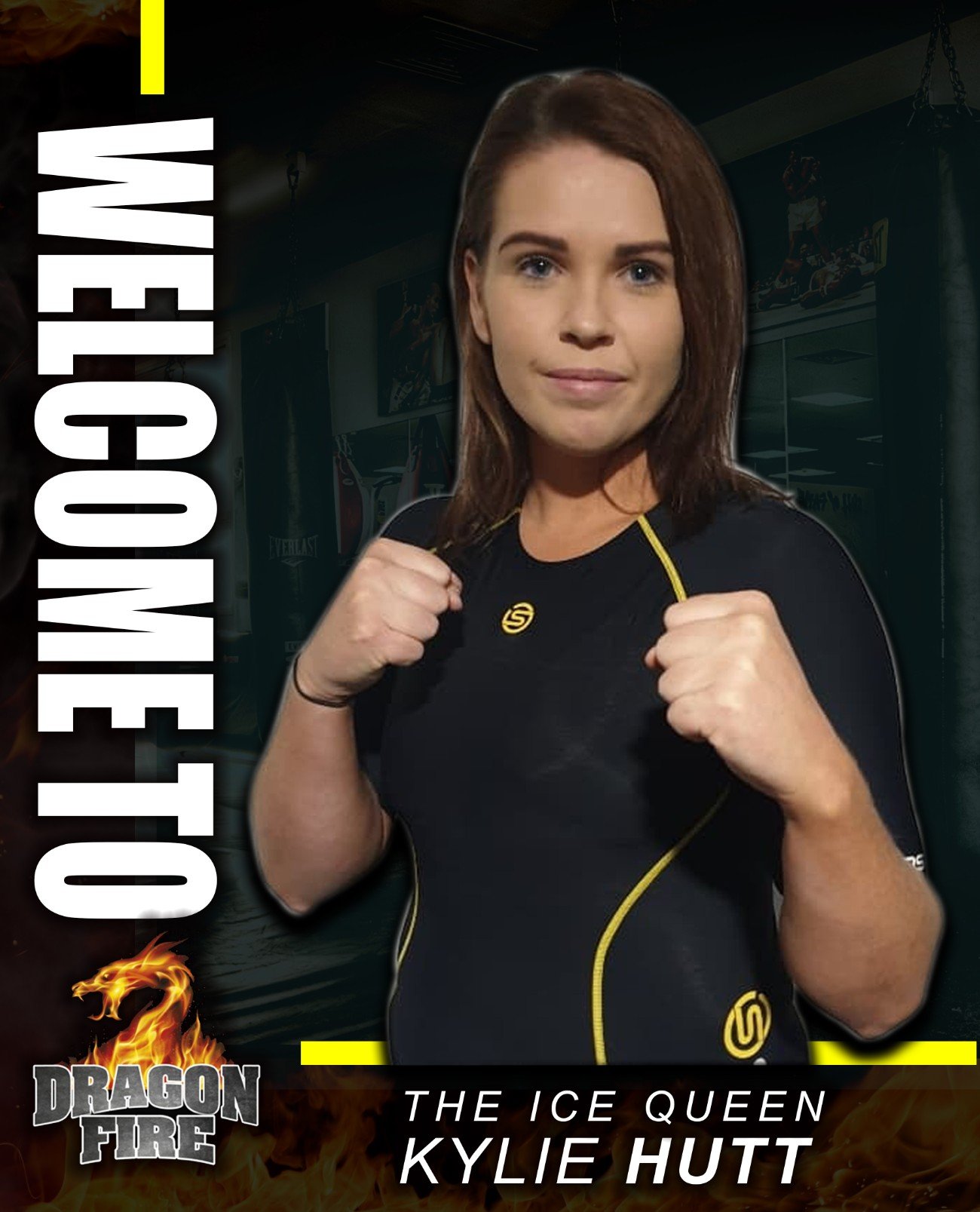 Kylie Hutt will clash with Desley Robinson on May 1 as she looks to achieve her lifelong ambition in becoming Australian Middleweight Champion.

Hutt recently signed with Dragon Fire Boxing and their supremo Tony Tolj, with the ambition of getting an opportunity for the Australian title in a second weight class.

That opportunity has come around as on May 1 she will clash for the title at the Acacia Ridge Hotel in Queensland. Hutt opened up about her team securing her the opportunity to contest the Aussie title.

She said, “I have to say a massive thanks to my manager Tony Tolj, who promised me when I signed with him he would get me these type of fights and he’s instantly delivered. I can’t be more grateful for this opportunity.

“I have got to say thank you to all of my training team and family for believing in me to get me to this stage. I’m so grateful for all the support I receive and I promise I will give my everything in preparation for this fight.

“I have always wanted this opportunity it’s what I got into boxing for. I’m now ready to go and grab this chance with both hands and accomplish a goal I set out to accomplish a long time ago.”

Standing in Hutt’s way on May 1 is Desley Robinson, and Hutt weighed in on her opponent in Queensland.

Hutt said, “This fight is definitely a step up for me and Desley is coming to fight. That’s what I know and that’s why I have got to give everything in camp.

“It’s going to be an unmissable fight for entertainment but believe me I am cutting no corners for this fight and I truly believe that I will become Australian Champion on May 1 I have no doubt in that fact.”

Current Australian Welterweight Champion Kylie Hutt has signed in with Tony Tolj and Dragon Fire Boxing as she looks to become a two weight Australian champion.

“I’ve already been national champion and I want to do it again at a new weight and believe I can do it again. However, I want to go beyond that and see how far I can go and fight some girls from all over the world. I know having Tony and Dragon Fire Boxing in my corner is what I need in order to make that a possibility.”

Hutt currently holds the welterweight title, beating Sarah Dwyer back in 2018 but for the gold. Now campaigning at 140, the ‘Ice Queen’ discussed her plans to become a two weight champion.

Hutt said, “I’m looking to become a national champion again but I am in good hands with The Big Boss man Tony and will leave him to make the decisions in my career going forward.

“Fight fans in Australia want to see hard hitting action and that’s what I want to bring to the table in meaningful fights so I’m eager to get the ball rolling again and I’m excited to get become a champion once more.”