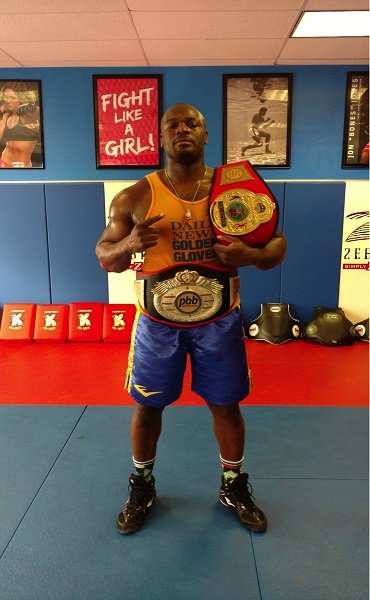 The 30 year-old Coffie will make his professional debut on Tuesday, November 21st at the Sands Bethlehem Event Center.

“I feel good about signing with King’s Promotions. It is a real good opportunity to showcase my skills,” said Coffie. “I have been to a few of their shows, and King’s Promotions always packs the house with real knowledgeable boxing fans. I like that environment.”

Before boxing, Michael and his nine siblings were removed from care from their drug addicted mother, and awarded to the state of New York. At age two, he was put into foster care and bounced from family to family in each section of Brooklyn.

One he reached his teenage years, Michael was placed in a stable family in Malverne, New York.

Michael then relocated to Brooklyn and enlisted in the United States Marine Corps. Michael served for eight years, which included tours in Afghanistan.

Michael is trained by Porter, Ramon Rivera, and Matty Happaney.

“We are very excited to have Michael join the King’s Promotions roster,” said Marshall Kauffman.

“He is a big strong heavyweight, who is just scratching the surface. I have seen tapes of him and we think he has enormous potential, and we look forward to seeing him on November 21st make his pro debut.”

“I want to be active, and I want to fight as much as possible. Kinda like when Tyson was coming up, and fighting very frequently. I live by the motto that if I can see it, I can achieve it,” finished Coffie.