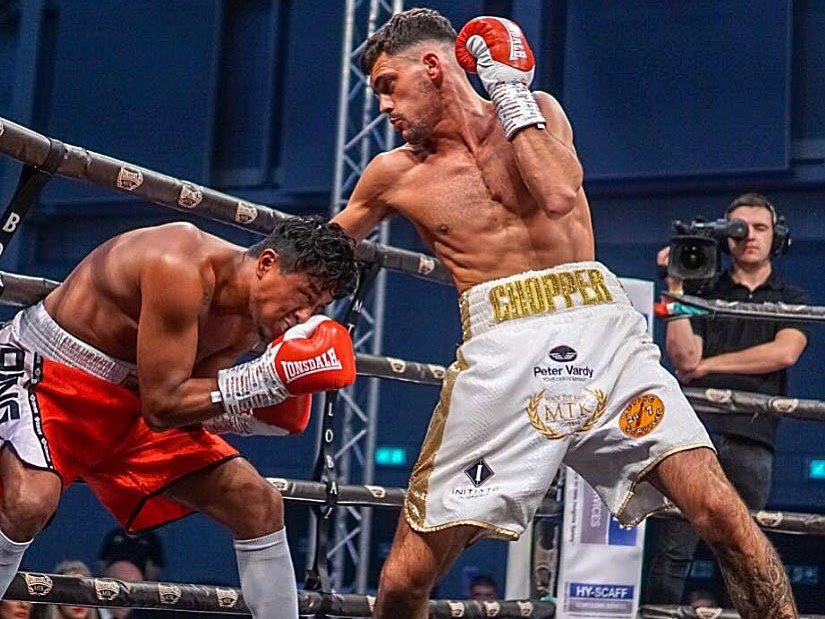 Unbeaten light-middleweight Kieran Smith is enthusiastic over his Glasgow double-header, which kicks off this Saturday night on the World Boxing Super Series card.

‘Chopper’ (11-0-KO5) faces the experienced Peter McDonagh on November 30 with a WBC world ranking on the line but before that, there’s a slot on the undercard of Josh Taylor vs. Ryan Martin and Ryan Burnett vs. Nonito Donaire to think about.

Smith, who is joined on the SSE Hydro bill by MTK Global team-mates Michael McGurk, Stephen Tiffney, Troy James and Siar Ozgul, has dreams of playing a significant role in the resurgence of Scottish boxing.

Smith said: “This is a great card to be on. It’s extra special because obviously people like Taylor and McGurk are people I came through the ranks with when I was younger.

“As for competition between us, I think Taylor’s in a different league to where I’m at at this current stage so comparing our performances wouldn’t be fair.

“This is a massive night for Scottish boxing. We’ve got Taylor bringing it right back up after Ricky Burns. It’s going to be getting bigger and better from here.

“I definitely plan to be playing a part and reaching that level over the next couple of years. I want to be filling out these places myself one day.

“As far as Josh’s fight goes, I expect it to be cagey early on and then Josh will start getting to him. I think he’ll stop him in about round 10.”

Smith vs. McDonagh features on a fantastic night of boxing at the Emirates Arena with Tyrone McKenna vs. Lewis Benson and Ukahir Farooq vs. Iain Butcher for the British bantamweight title.

Stay up to date at mtkglobal.com and on social media @mtkglobal
About MTK Global

For general enquiries, email us at: info@mtkglobal.com