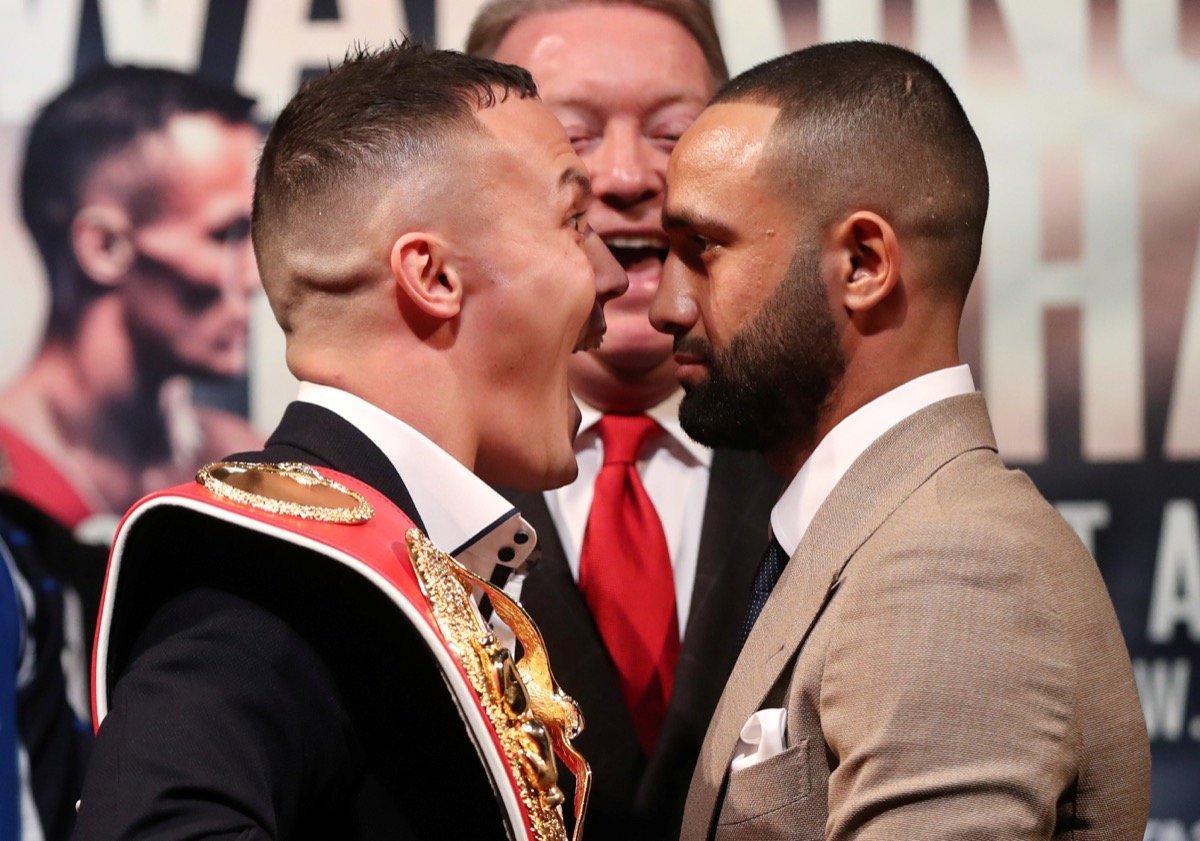 KID GALAHAD BELIEVES the mandatory order received by Josh Warrington to defend against him will have provided a ‘downer’ for the world champion and his team.

Having won and successfully defended his IBF world featherweight title in epic showdowns with Lee Selby and Carl Frampton last year, Warrington talked up his hopes of starting to unify the division as the key goal for 2019.

However, a mandatory challenger in the shape of Sheffield rival Galahad was placed upon him and the much-anticipated Yorkshire derby grudge match takes place at the FD Arena in Leeds on June 15, live on BT Sport.

Galahad hints that Warrington may have been softened up by the trappings of fame since his spectacular demolitions of the favoured Selby and Frampton and he might view the cross-county threat with a degree of disdain.

“To a certain extent, with him having hit the highs, having to come back and fight ‘Barry from Sheffield’ is a bit of a downer for him,” considered the 26-0 challenger.

“Him and his team thought they were off to Vegas and fighting Oscar Valdez and all these other guys. On June 15 I don’t believe he thinks it is going to be an easy fight, he knows it will be a hard one, added the 29-year-old, who insists the champion’s promotional ties will see to it that he is back in world title contention even in the event of a defeat in Leeds.

“He will definitely go on and win another world title – just not the IBF. Frank Warren is going to work his magic and get him in the WBO ratings and get him mandatory for that.”

While Galahad questions the motivation of Warrington ahead of his compulsory assignment, he does not doubt the intensity he will encounter when the pair begin to trade leather.

“No, one hundred per cent he is tough, like I have always said from the beginning he is a lot better than he looks and he can hit harder than his record suggests. He is gonna bring it 100 per cent.

“To an extent Selby and Frampton were not at their peak, but it doesn’t matter because, at the end of the day, he has been in front of them whether they were past it or whatever.

“When I beat Warrington I don’t want people to say ‘he wasn’t as good as we thought he was’.