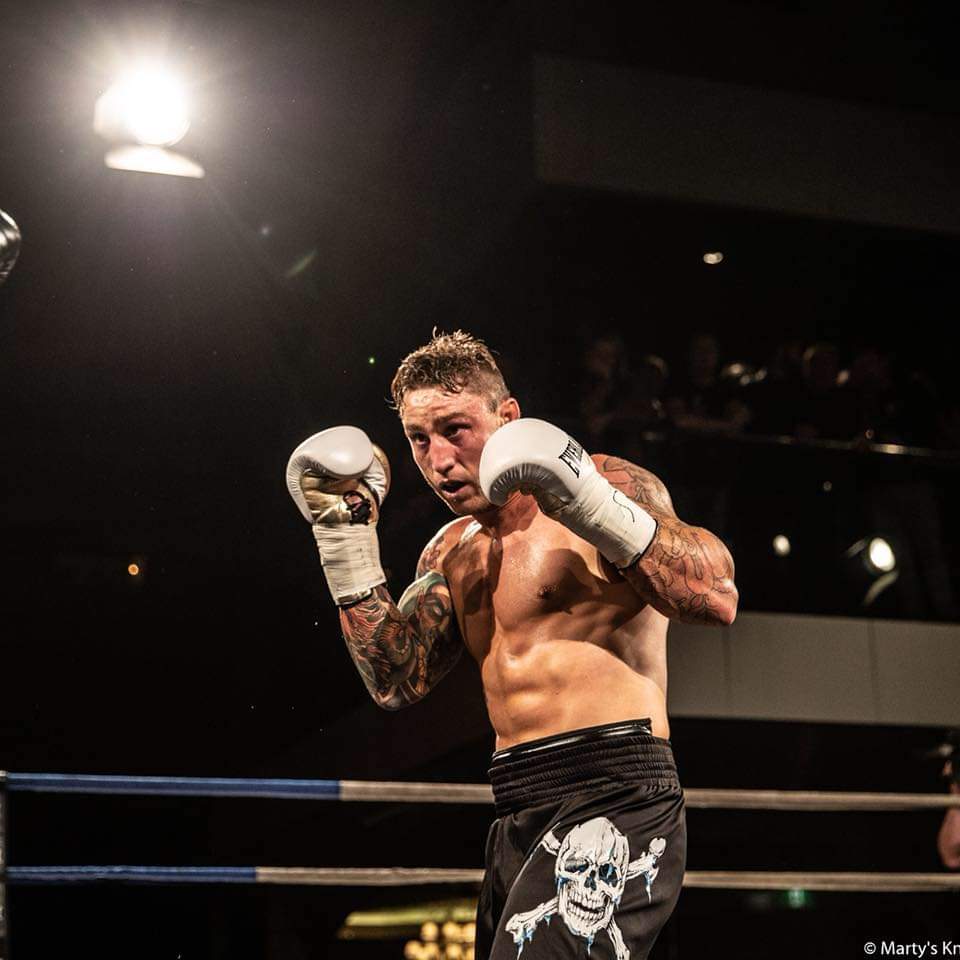 All action Kerry ‘Captn’ Foley faces a tough assignment on Dragon Fire Boxing/Kingsciff Boxings Boxing Mania 6 stacked June 15 card at the Seagulls Stadium, Tweets Head, as he takes a step up in weight against big punching Mose Auimatagi Jnr on a show that is co-main-evented by two of Top Rank’s latest acquisitions Andrew and Jason Moloney.

Auimatagi Jnr is well known to hardcore boxing fans, having knocked out highly rated Welshman Morgan Jones on the undercard of Anthony Joshua vs Joseph Parker as well as holding a stoppage victory over the fast-rising Reagan Dessaix who recently dropped a highly controversial decision against former world champion Blake Caparello.

Foley discussed the threat of Auimatagi Jnr heading into their June 15 clash, “This fight is going to be explosive and I’m going to come for the knockout victory. Everybody who watches my fights knows that I am an all-action fighter, and I always come to put on an entertaining show that I attempt to end early. That is going to be the plan on June 15 and thank you to my management team at Dragon Fire Boxing for getting me this opportunity.”

Foley continued, “Auimatagi Jnr is a good fighter I can’t take that away from him, but he’s not faced anyone like me before. His two best wins came against fighters in their early 20’s. I am a man and I have my man strength and that is something he’s not going to have experienced before and I believe my experience is what will make me victorious on the night.”

Foley commonly spars former IBF and WBC world champion, the legendary Sakio Bika who shared the ring with the likes of Joe Calzaghe, Mikkel Kessler, Andre Ward, Adonis Stevenson and more elite names. The ‘Captn’ opened up about his work with Bika.

He said, “Sakio Bika even now is real. He has no off switch, he is a monster inside the ring and you can see why he was a multi-time world champion. This sparring keeps me sharp constantly and keeps me learning and improving on a regular basis and that’s what any fighter needs to get to the top. It’s these details that I feel will hold the key to victory for me on June 15.”

Highly touted undefeated prospects, featherweight Ruben Villa and lightweight Michael Dutchover visited the historic boxing city of Philadelphia where they took in some of the iconic sites and ate the Philadelphia delicacy of a “Philly Cheesesteak.”

Villa and Dutchover are visiting Philadelphia to see co-promoter Banner Promotions, and then on Friday they will head up the Jersey Turnpike to attend the Boxing Writers Association of America Awards Dinner and The Copacabana in New York City.

The two highly regarded prospects also went to the Art Museum and posed with the Rocky Statue, The Liberty Bell and Steak Sandwich eateries, Pat’s and Geno’s.

Villa and Dutchover are coming off impressive performances on May 10th in bouts that were televised on ShoBox: The New Generation that was Live on SHOWTIME.

Villa and Dutchover are co-promoted by Banner Promotions and Thompson Boxing.