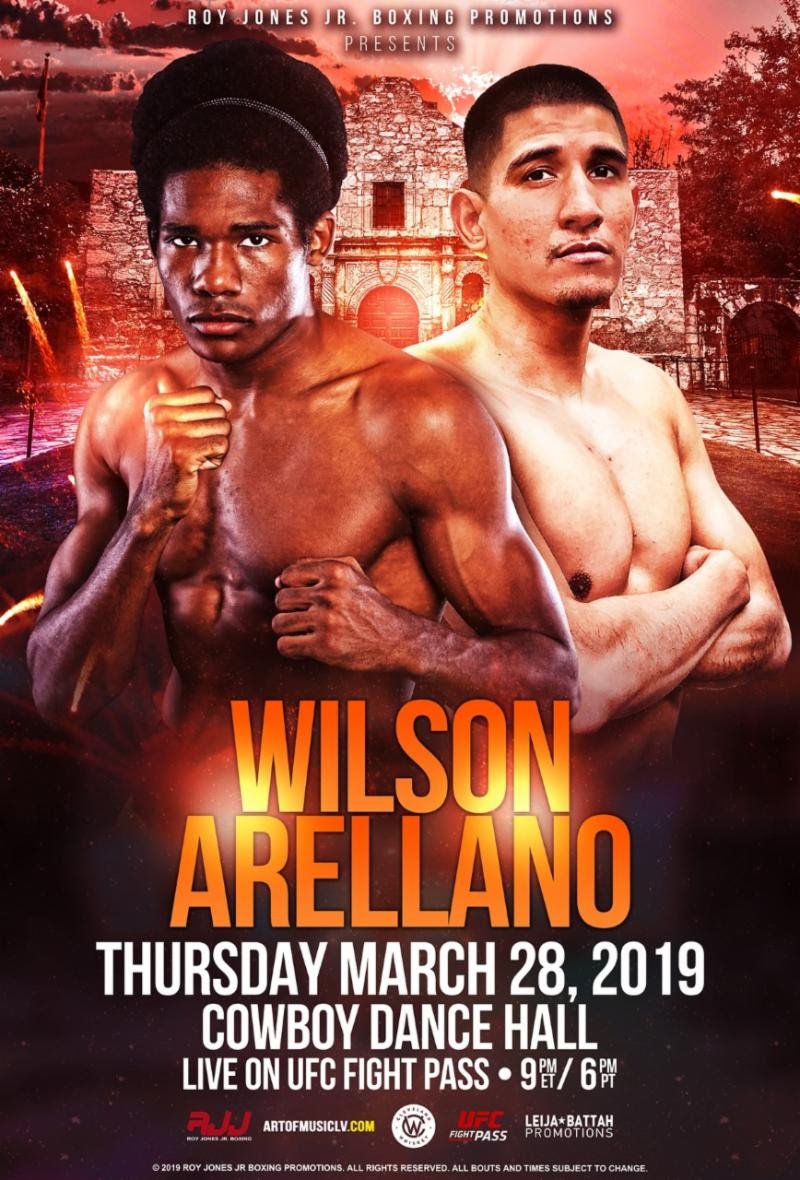 Undefeated junior welterweight prospect Kendo Castaneda will be showcased at home Thursday, March 28, when he puts his unblemished record on the line against his dangerous Dominican opponent, Eudy “AK47” Bernado, in the 10-round main event at Cowboy Dance Hall in San Antonio, Texas.

Castaneda vs. Bernardo, co-promoted by Roy Jones Jr. (RJJ) Boxing Promotions and Leija Battah Promotions, will headline a card to be streamed live on UFC FIGHT PASS, starting at 9 p.m. ET / 6 p.m. PT. The show is the fourth under a new agreement between Castaneda’s promoter, RJJ Boxing, and FIGHT PASS, to live stream up to 72 professional boxing events over the next three years.

The 25-year-old Castaneda (15-0, 7 KOs) is coming off his most impressive performance this past December in San Antonio, in which he won a lop-sided 10-round unanimous decision (100-90, 99-91, 98-92) over previously undefeated Gilbert Venegas, Jr. (10-0) to capture the vacant North American Boxing Association (NABA) super lightweight title. Castaneda is ranked No. 14 in the world by the World Boxing Association (WBA).

A former Dominican Republic lightweights champion, Bernardo (24-3, 18 KOs) is a dangerous puncher, evident by his 18 knockouts in 24 victories during his 9 ½-year professional career.