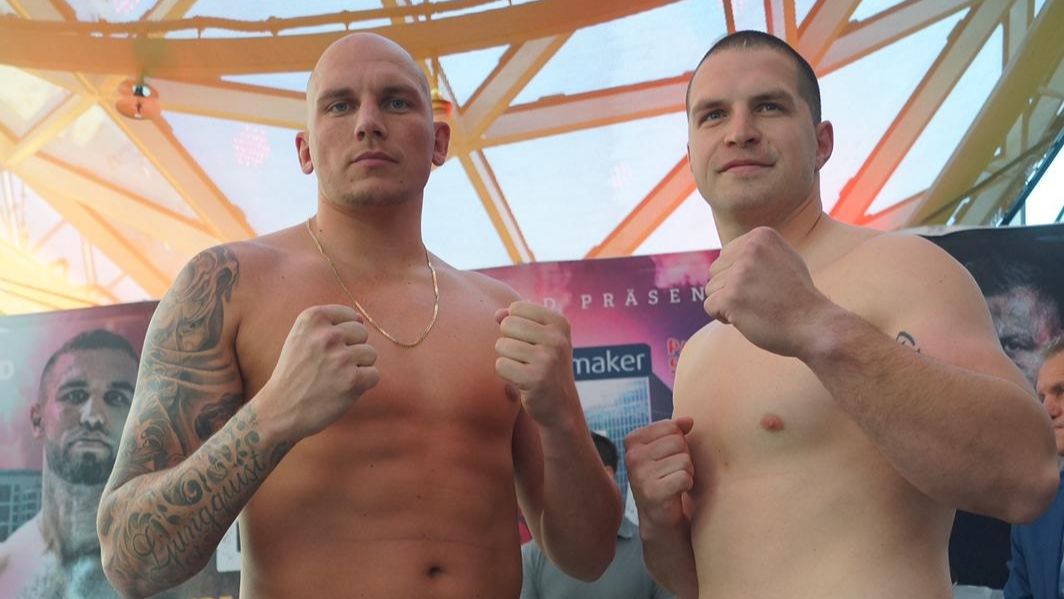 Kem Ljungquist (7-0, 5 KOs) is weighed in and ready for his eight-round heavyweight battle with Dominik Musil (3-1, 2 KOs) tomorrow night at the Fraport Arena in Frankfurt, available to watch live on Viaplay in Denmark.

The Danish heavyweight hope, who tipped the scales at 106.7 kg, is looking forward to testing his skills against Musil, who came in at 117.0 kg.

“I’m feeling good and I’m ready to go,” said Ljungquist, who returns to action following a first-round knockout win over Boldizsar Balazs Czagler at the Struer Energi Park on January 19. “I’ve been training hard and I can’t wait to fight.”

Having had the opportunity to size up his Czech opponent, Ljungquist believes Musil will provide a good test, and says fans can expect an exciting contest.

“He looks like a big guy,” he says. “He looks strong and looks likes he coming to win, but I’m coming for the win also, which should make an explosive fight.”

All the action is available to watch live in Denmark on Viaplay from 19.20.

Danish heavyweight Kem Ljungquist (7-0, 5 KOs) will meet Dominik Musil (3-1, 2 KOs) in an eight-round contest on May 4 at the Fraport Arena in Frankfurt.

The 28 year-old was scheduled to face Musil on January 19 in Struer, but a sparring injury forced the Czech fighter to withdraw, leaving Ljungquist to fight late replacement Boldizsar Balazs Czagler, who he stopped inside a round.

Now 7-0, the hard-hitting southpaw is expecting a sterner test from Musil, who he hopes will provide him with some valuable rounds, as he targets a big fight on June 22 at the Forum Horsens when Team Sauerland return to Denmark.

“I’m really looking forward to getting back in the ring,” said the Copenhagen boxer. “It’s only been a couple of months since my last fight, but it feels like a ages ago, so I’m very eager to fight someone.

“Musil is a tough, durable opponent. He’s never been stopped before, which is exciting for me. I think he’s the best I’ve faced so far, so I’m looking forward to the step up, and maybe he can be the first opponent to take me eight rounds.”

Ljungquist is fighting in Germany for the fourth-time in his career following victories over Andre Bunga, Igor Mihaljevic and Revaz Karelishvili, and has vowed to deliver an ‘explosive’ fight for the fans in Frankfurt.

“I enjoy fighting in Germany very much,” he says. “I’ve always spent a lot of time in Germany at training camps, and I feel very at home there. I will come in the best possible shape, and make sure I deliver an explosive fight!”

If successful, Ljungquist will be back in action on June 22 on the undercard of Dina Thorslund’s WBO Female World Super Bantamweight title defence against April Adams, where he can expect another significant step up in class.

“I will not look past my opponent,” he says. “Dominik Musil has my full attention, but of course, I want a big fight in Horsens, and I have complete faith in Team Sauerland to select the right opponent to get me to the next level.”

Ljungquist fights on the undercard of the IBF International Light Heavyweight Championship clash between Leon Bunn and Leon Harth on May 4 at the Fraport Arena in Frankfurt. Tickets are available online via www.eventim.de.