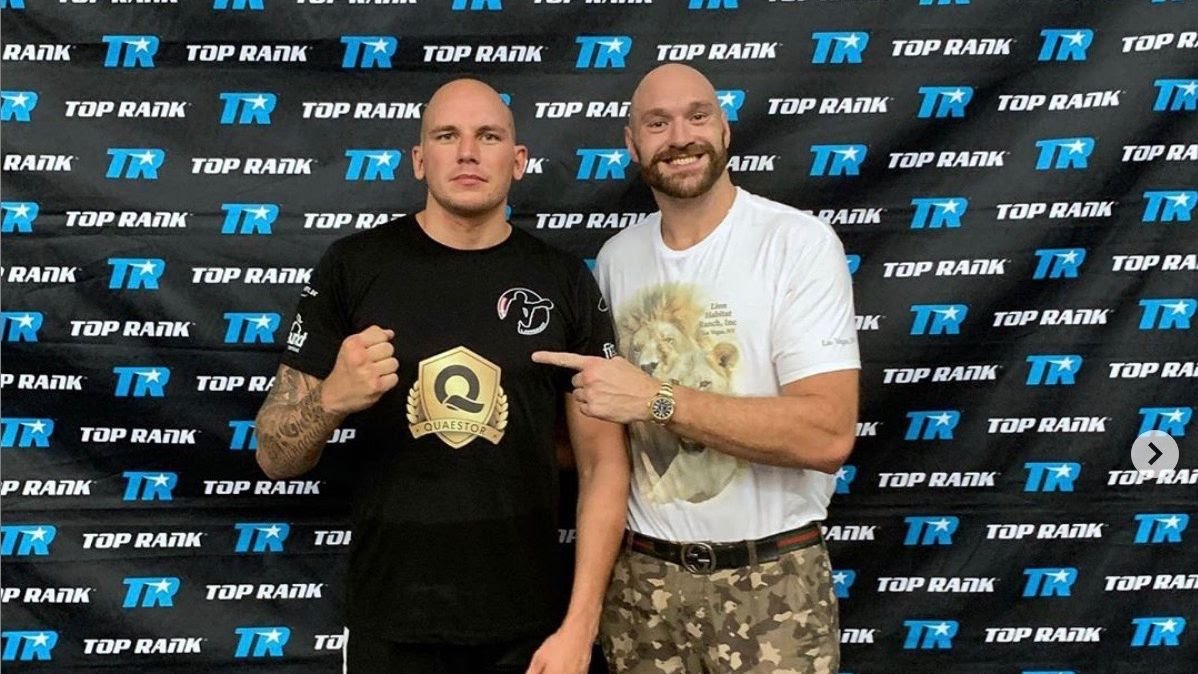 Fury, who faces Sweden’s Otto Wallin at the T-Mobile Arena in Las Vegas, enlisted the help of Ljungquist, another undefeated heavyweight southpaw, as one of his chief sparring partners in preparation for Saturday’s crunch clash.

“It’s a big deal when the greatest heavyweight in the world asks you to come and spar before his fight to help him get ready,” says Ljungquist.

“It was just me and two others and Tyson treated us really well. He rented us a house and got us a car so we could drive ourselves around. I definitely don’t think it’s a regular thing to be treated so well when you’re a sparring partner.

“It was really motivating for me to be around Tyson. He was very good at complimenting me on my boxing when I had done something good, and his trainer Ben Davison too. They were both really open with me and I learnt a lot.

“I’ve never trained with a man like Tyson before. He’s definitely the best in the world in my opinion. He’s got something that not many boxers have. He’s got the size, he’s very strong and durable, but he also moves very well, and it’s not often you have that in heavyweights. He’s also very strong mentally.

“He seems like he really has it together right now, and is really on top of his game. It’s great to be sparring him when he’s at this level because it’s very good for my game, and I can see what I have to work on to get to that stage.”

The 29 year-old, who has enjoyed a fine start to his professional career, most recently outpointing Spanish Champion Gabriel Enguema, admits he has been inspired by his Vegas experience and is eager to follow in the footsteps of Fury to become a future star of the heavyweight division.

“I want to become one of the greats,” he says. “I know I’ll have to start from the bottom and work my way up, but I’m just so motivated. I’m ready for whatever and I can’t wait to fight again. I want to prove to people that I’m serious. I’m not here for fun. I want to be the best and I’m not settling for anything less.”

“I don’t give Otto much of a chance,” he says. “I think Tyson’s experience and movement will work in his favour, but anyone can surprise you in boxing!”